Known to many as the Garden of England, Kent is well-known for its unique landscapes and its fantastic position in proximity to London. Therefore, it’s a county that’s likely to offer waterway walks and easy commuting. However, it’s also well-known for being one of the most historically fascinating areas of the south of England, too.

There might be plenty you don’t already know about Kent, even if you live there! So – we’ve put together some fun facts about Kent and the region for you to help you on your way. Read on for the fascinating lowdown.

Dungeness, a fascinating area of Kent, is fairly barren and desolate. In fact, it was once regarded as the UK’s only desert. However, there are technically other areas in the UK which fit this description. It’s actually interesting to many people thanks to its array of plant life – there are more than 600 species growing here.

2. A famous princess is buried here – but not who you think.

Believe it or not, the Native American princess Pocahontas – who was of course the subject of a Disney movie – has her final resting place in Kent. Specifically, she was buried in Gravesend, however, the church at which she was laid to rest burned down – her current whereabouts are unknown.

3. Much of Kent is haunted!

Kent is home to some truly spooky sights and sounds. Specifically, Pluckley is thought to be one of Britain’s most haunted towns. In fact, it earned a space in a previous edition of the Guinness Book of Records for this fact. It’s thought that at least a dozen different specters have been spotted here. 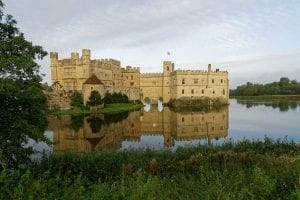 The very first white road lines emanated in Kent. Specifically, it was a road in Ashford that first saw the markings emerge in 1914, thought ten or so years later, they would of course become more widespread across the country.

Kent has a famous railway system which dates back decades. In fact, the railway running through Romney, Hythe and Dymchurch was opened by comedy legends Stan Laurel and Oliver Hardy, dating all the way back to 1947!

In fact, it’s said that Kent is home to the oldest railway line in the country. Canterbury and Whitstable is thought to be the first system of its kind and opened to the public back in 1830.

6. Julius Caesar had a soft spot for Kent.

Julius Caesar, famous Roman emperor, is thought to have favored Kent over all other areas of the UK. He referred to the tribes that lived in Kent upon his landing in ancient Britain to be the ‘most civilized’.

7. Some towns in Kent are extremely small!

Kent is home to what is said to be the smallest town in the whole of the UK. Specifically, that title falls to Fordwich, and it is thought to be home to little more than 400 people – if that! Certainly, it’s worth clarifying – that Fordwich holds the title of smallest town by population alone.

8. Sevenoaks’ name is a misnomer.

Sevenoaks remains one of the most popular sites of interest across the county. However, it’s been lying to us for years – there are actually eight oak trees in the grounds. That’s because they have been replaced multiple times over the years, due to both vandalism at the storm of 1987.

Kent is home to oldest known fossil of a horse. The ancient burying was dug up in the early 19th century and is thought to date back to 54 million years BC. Therefore, Herne Bay – where the fossil was unearthed – refers to itself as the horse’s official place of birth. And why wouldn’t you take that honor? 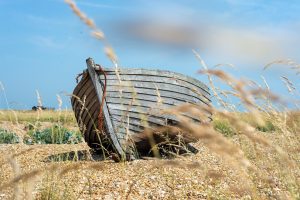 The name ‘Garden of England’ dates back to the reign of King Henry VIII. It’s thought the Tudor king made a point of bestowing the title on the county simply after sampling local cherries. That’s all it took!

James Bond author Ian Fleming is thought to have written some of 007’s biggest adventures while staying at his holiday cottage in St Margaret’s Bay. Fleming, who also wrote Chitty Chitty Bang Bang, is thought to have treated Kent as his favourite getaway spot.

Kent was, dubiously enough, the site of the first speeding ticket in the UK. Specifically, a driver known by Walter Arnold received a fine for driving eight miles an hour – four times over the limit. What a reckless gent he was! 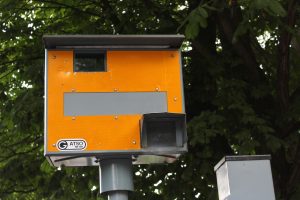 Is Kent part of London?

No, it’s considered one of the Home Counties - but it does border the city and Greater area.

Is it expensive to live in Kent?

Kent’s stunning coast and wonderful village scenes help to make it very expensive to live in - plus, employment options are challenging to come by!

Do any celebrities have connections to Kent?

Do you know any fun facts about Kent?  Share them in the comments below!