It can seem like there’s a million and one different diet plans out there! However, not all diets and nutrition plans work for everyone – we’re all different in terms of metabolism and the ways in which our bodies process nutrients and calories. However, a ketogenic diet is one which has gathered lots of interest in recent years, and it’s one which many people attribute to helping them lose weight – keep it off for good.

These fun facts about ketogenic diets may just strike a chord with you. As always, make sure you try to consult a doctor before you make any big changes to your diet.

The keto diet is one which bases itself around the idea that you stand to lose more weight by cutting back on carbohydrates and boosting protein and fat. It is a system which works well for a lot of people, and which may help them to lose weight regularly. However, research into this type of diet is still ongoing.

2. It’s based around ketosis.

Ketosis is a metabolic state which gives the diet its name. It’s actually something of a mathematical equation. Effectively, on a keto diet, you should be aiming for up to 75% of your diet being fat, up to 25% being protein, and anything remaining being carbohydrates.

3. You’ll feel a bit fuzzy to begin with.

Keto diets are thought to bring on a few negative feelings at first, such as mood swings and headaches. However, these are said to be only temporary, as it will take time for the body to adjust to a new swing towards ketosis. 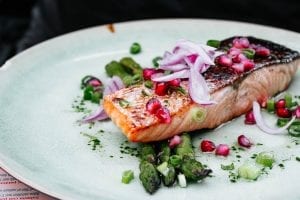 Studies suggest that a keto diet may help to manage weight and conditions experienced through diabetes, polycystic ovary syndrome (PCOS) and even some cancers. However, research is continuing into whether or not a long-term approach to keto can be sustainable.

5. Keto focuses on fat, but not necessarily in the way you might imagine.

Unlike other diets, keto focuses on forcing the body to use fat, rather than sugar, to burn for energy. This is thought to help the body mimic an action it may take during starvation, where it will start to run off fat stores.

There are four main types of keto diet. There are SKD, or standard, targeted, or TKD, cyclical, or CKD, and a high-protein alternative.

An SKD will follow the pattern suggested above – in that you will largely focus on 75% fat, 5% carbohydrates, and 20% in protein – for example. A high-protein variant on this will instead shift around 15% off your fat total to protein instead.

TKDs are targeted, which means that you can still eat carbohydrates, but you will normally only be able to do so when you are working out, building up to a workout, or cooling down. Many people choose this method if they are taking on weight and strength training alongside.

CKDs allow you to follow a 5:2 plan, which means that you spend five days of the week reaching ketosis, and two allowing yourself extra carbs. 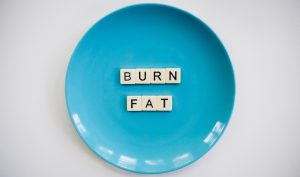 10. Could it beat the low-fat standard?

There is much research and results to show that a keto diet is likely to be more effective for some people in losing weight than the standard low-fat approach. In fact, there is a study which suggests that people could stand to lose two times more weight through keto than through calorie control.

11. It could help you manage diabetes.

Interestingly, a study into keto’s impact on diabetes found that around a third of applicants were able to stop taking medication they’d normally need to mediate such a condition.

Several studies suggest that a keto diet is likely to help you lose excess fat. This, of course, is a major player in a number of several chronic conditions. 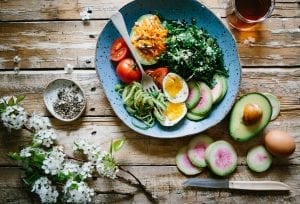 Believe it or not, some studies also suggest that a keto diet may help to improve the quality of your skin. It’s thought that, in particular, ketosis may help to prevent the growth of acne. This is likely thanks to acne having connections to several dietary choices.

Some research also suggests that a keto-based diet may help to prevent you from suffering from seizures. It is thought that the Epilepsy Foundation has supported such research, though studies are ongoing as to just how effective keto can be in fighting against the bigger problems associated with epilepsy.

Why might a keto diet be bad for you?

While studies show keto diets can be very helpful and healthy, they may lead to kidney stones and nutrient problems - check with your doctor.

Is keto the safest diet?

While keto may sound safe to a degree, diets such as the Mediterranean and Flexitarian are considered the safest.

How long should I stay on a ketogenic diet?

That all depends on what your doctor advises for the best. Generally, a maximum of three months is advisable for beginners.

Do you know any interesting facts about the Keto diet?  Share them in the comments below!