King Solomon is one of the most famous men of the ancient world, but just how much do you know about him today?

Let’s take a whistle-stop tour of some of the most amazing facts about him so that you can impress just about anyone with your newfound knowledge.

1. King Solomon was a builder.

2. He had a very famous father.

He was the son of the famous King David, and the result of an affair his father had with Bathsheba.

3. He’s one of the biggest brain boxes of the ancient world.

His wisdom is what the bible chiefly remembers him for. 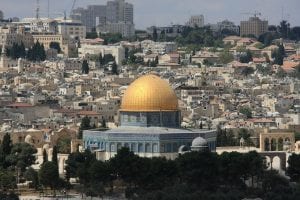 4. He was king for much of his life, and his rule was considered a huge success.

King Solomon ruled for just over 40 years. This period was so prosperous it was known as the “The Golden Age”.

5. However, he didn’t break any records for longevity.

6. He came to power as a young adult.

He would become king of all Israel at the tender age of 20.

7. He reigned long before the arrival of Christ.

He died just before his 60th birthday.

9. You might already recognize the story of King Solomon.

The King’s main entry in the bible is The Judgement of Solomon.

This is where he famously ruled between two women claiming to be a child’s mother. He suggested they cut the baby in two to highlight the damage their outlook was causing. 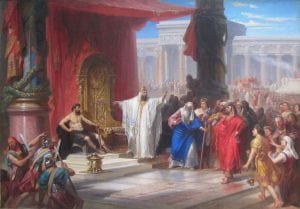 It is estimated that in today’s money he would have a fortune in excess of $2 trillion!

When he died of natural causes, his son, Rehoboam, took the throne and unwittingly became embroiled in a civil war.

What led to the downfall of King Solomon?

Despite Solomon’s rule being considered prosperous, he was subject to a number of insurrections, which culminated in civil war after his death.

Does Jesus refer to King Solomon?

Yes - in the New Testament, King James Edition, Jesus Christ remarks; “(…) even King Solomon, in all his glory, was not arrayed like one of these.” He refers to lilies in the field, claiming that even nature itself outshines the vibrant riches of King Solomon. It is part of the passage Matthew 6:29.

Solomon’s story in the Bible focuses on the monarch choosing wisdom and knowledge over all, so that he can help his people. This appeases God - he gets everything else positive in life as a result of his mindfulness.

Do you know any interesting facts about King Solomon?  Share them in the comments below!

Are you fascinated with the ancient kings? Check out these royally interesting facts about King David…

This page was last modified on October 15, 2022. Suggest an edit