Kyrgyzstan is a beautiful landlocked country in central Asia – and aside from serving up some wonderful flora and fauna, the county is famous for its natural beauty and fascinating history. Read on for some fun facts about Kyrgyzstan that might just surprise you!

Kyrgyzstan is bordered by some influential neighbors. Economic relationships have developed between them, as well as the sharing of some national customs! Their neighbors include China to the east, Uzbekistan to the west, Kazakhstan to the north and Tajikistan to the south.

Kyrgyzstan is home to no fewer than 22 Lakes! Many have been created by glacial activity – and of the lakes, 16 have surface areas of one square kilometer or bigger!

Kyrgyzstan is a beautiful scenic country to explore. One popular way to do this is by railway! There are approximately 417 kilometers of track! Another popular means of transport is on horseback! 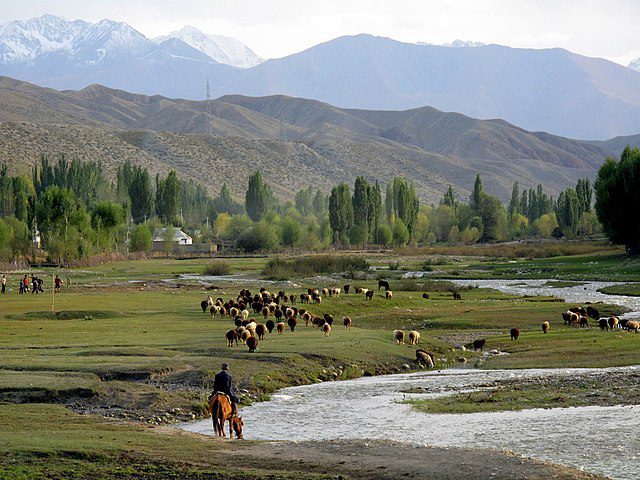 One of the two main national sports of Kyrgyzstan is played on horseback – it’s called kok-boru. It is similar to polo and played on a pitch with two opposing teams. The game lasts for up to two hours as riders compete to claim a dismembered goat. The other popular sport is soccer – no goats involved there, then!

Lake Issyk-Kul is on record for being the lake with the second-highest altitude on the planet. At 113 miles long and 27 miles wide with a depth of 2,192 feet, it is (understandably) a popular tourist destination!

Built during the time of the Han Dynasty around 130 BC, the famous Silk Road crosses through Kyrgyzstan. Built to connect the middle east with Europe and China, it’s one of the most historically fascinating trade routes on the planet.

Known to have a ‘continental’ climate, Kyrgyzstan has warm, sunny summers and chilly, often frosty winters. It has been known to snow here, too – in fact, 70% of the country is covered by mountain ranges (that can get snowcapped!).

9. Dare to climb this beauty?

The highest mountain in Kyrgyzstan is 24,406 feet (7,439 meters) tall. In the Tian Shan region, this extends 2,500 kilometers and reaches the border of China.

10. Big but not exactly crammed!

Data shows that Kyrgyzstan is one of most sparsely populated countries in the world. Only 6.5 million residents live within its impressively large 200,000 square miles of land. That’s less than 10% of the population of the UK!

In 1920 this lengthy piece of work was published for the first time. Records suggest it was actually penned during the 1700s. Styled in a poetic form, the ‘Epic of Manas’ has a whopping 500,000 lines!

12. Manas is a name you’ll see a lot across Kyrgyzstan.

Manas, a hero of Kyrgyzstan legend, is depicted on statues and paintings throughout the country. Revered for his courage and resilience, he is often depicted on his magical horse, as he engages in the slaying of dragons. 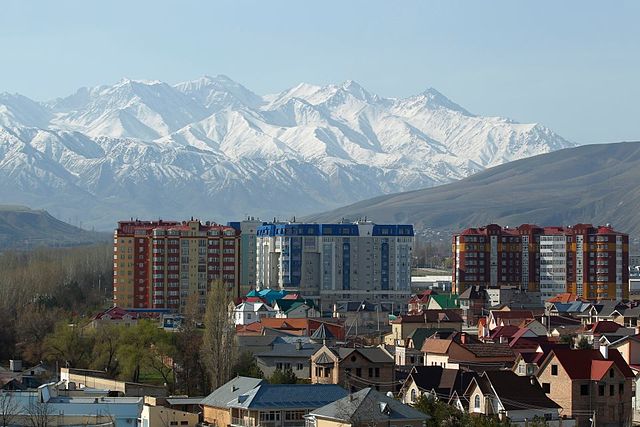 What is the capital city of Kyrgyzstan?

The capital of Kyrgyzstan is called Bishkek. It has a population of just over a million people, and it’s the biggest city in the country.

Who is the leader of Kyrgyzstan?

At the time of writing, the leader of the Republic of Kyrgyzstan is President Sadyr Japarov. Born on December 6th 1968, he was elected President on January 28th 2021.

What is the currency of Kyrgyzstan?

The currency nationally accepted is the Kyrgyzstan Som.

Do you know any interesting facts about Kyrgyzstan?  Share them in the comments below!