Nuestra Senora de La Paz is located in the western part of Bolivia and is surrounded by mountains of the Altiplano. Here are 11 interesting facts about La Paz, a city filled with culture and history. 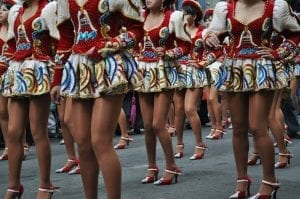 Do you know any interesting or fun facts about La Paz?  Share them with us in the comments section below!