Who doesn’t love labradors? This loveable breed of dog is regarded as one of the most popular across the US and Europe, and they’ve even been put to task as working dogs over the years. However, they are normally best known for being extremely loyal and having a fun-loving disposition (most of the time)! Here are some fun facts about labradors to keep in mind before you adopt one of your own!

1. We’ve been looking after Labs for a long time.

The English Kennel Club first recorded Labradors on their register in 1903. The American Kennel Club followed with their own registering of this breed in 1917 – so they’ve been with us for quite some time!

2. They started out as hunting dogs.

Labrador dogs are believed to have originated in Newfoundland where they were used frequently by hunters. It was discovered they were particularly adept at retrieving game bird!

3. They’ve been around for longer than you think.

Early records show that Labradors and Huskies were used Inuit people as early as the 1300s! They even introduced the breed to Canada. 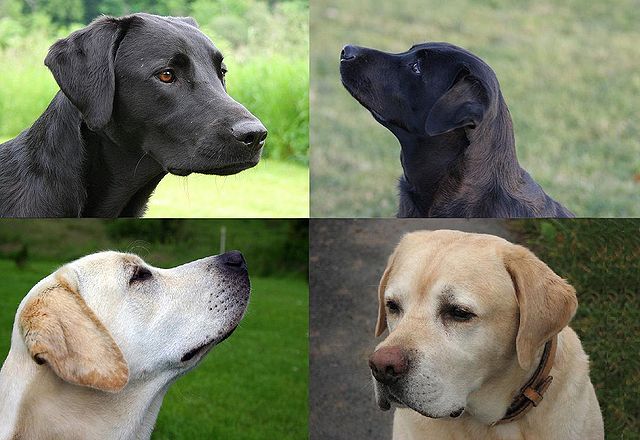 Purebred Labradors come in one of three colors – chocolate brown, black and golden. You may have seen golden Labradors most commonly of all!

5. They have a few different names.

6. Lab puppies are hard to ignore!

Labrador puppies are usually confident ,energetic and inquisitive. Labradors are generally well behaved towards other animals and often get along well with children, too!

Labradors can gain weight if not exercised sufficiently to burn off the calories they consume! Labradors certainly enjoy their food and that of other pets, given the chance!

8. They breed big families, too.

Labradors usually produce between six and a maximum of ten puppies. They are generally weaned between 6 and 8 weeks depending upon the supply and demand of milk.

9. They are fiercely loyal.

Labradors form strong attachments to their owners and their families. Whilst not aggressive, they will protect their owners and certainly are alert when potential intruders arrive. Labs are normally raring and ready to play at most times! 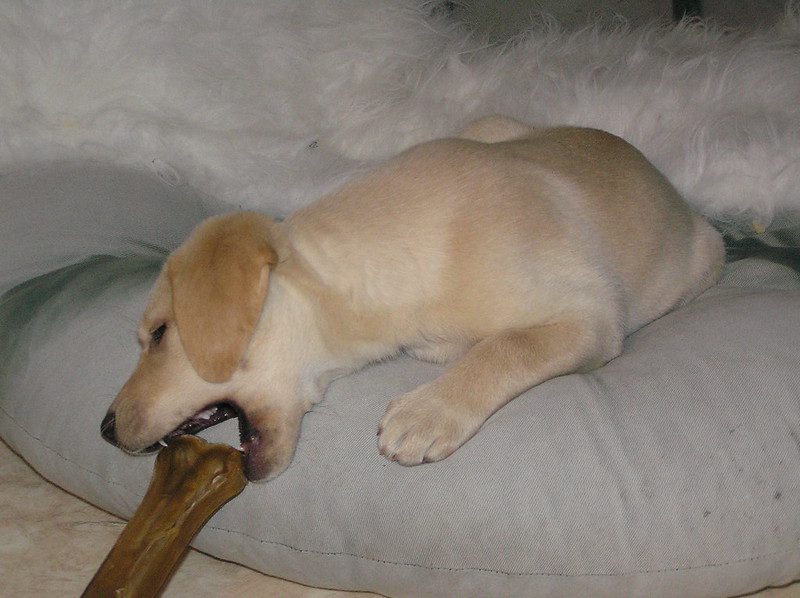 10. A Labrador loves to know he or she is helping!

Labradors love praise and are eager to engage with humans. They are considered to be smart dogs because they are generally quick to learn new commands.

Labs seldom require physical encouragement during training, because they hate to disappoint instructors – and thrive on praise and tasty treats!

After WWI, Labradors were trained to become guide dogs – and today, many visually impaired people rely on them to help them in daily activities. They are used by the police as search dogs, too, because they have an excellent sense of smell. They can hunt down contraband, weapons and even people!

12. They are great swimmers!

Labradors have been used as sporting dogs and will happily retrieve things from water. They benefit from having a double layer of fur and can easily shake off excess water, drying off more quickly in comparison to many other breeds. They have powerful limbs which help them swim – and Labradors are even used by Navy SEALs for military operations!

There are many famous Lab lovers out there – such as legendary musician Sir Elton John, former US President Bill Clinton, and Russian Premier Vladimir Putin! 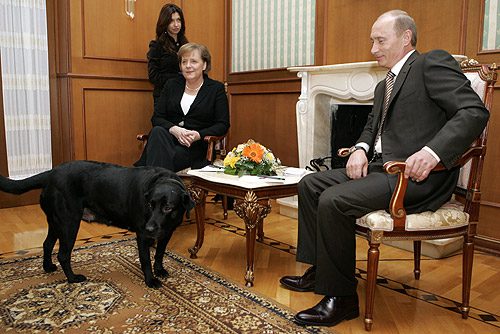 Putin with his dog, Konni

Not in their nature - they are amazingly friendly - but they can get very protective of the people and other animals they love.

Is a Labrador a good first dog?

On the whole, yes - Labradors are very friendly, warm, and rewarding pets - they take a lot of exercise and demand a lot of food, however!

Not necessarily - Labs don’t tend to be very ‘barky’ on the whole, though if they want to alert you to something, they will!

Do you know any interesting facts about labradors? Share them in the comments below!