Is there anything out there as quick as sleek and as stylish as the Lambo? These incredible motor-machines have a fascinating history behind them – and what’s more, they are continuing to break records to this very day. How much do you really know about this snazzy car manufacturer? Here are some fun facts about Lamborghini that might surprise you.

1. Who’s the man behind the brand?

Ferruccio Lamborghini is the man behind the brand. He actually started out as a maintenance guru working with the Italian Air Force!

2. Lamborghini was a dab hand at patching and piecing together.

Lamborghini started building cars from various bits of other machines – he had experience in patching up various vehicles during the First World War.

3. Don’t get stuck behind one! 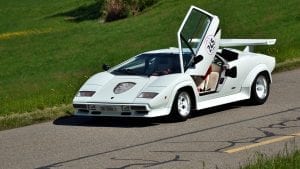 4. The Lamborghini Countach is something of a legend.

One of the most famous Lamborghinis of all time is the Countach. This iconic machine ran for 16 years and saw eight different models make their way to market.

5. Looking for a truly rare catch?

The Walter Wolf Countach is the rarest of all the line. Three were produced – making them incredibly valuable!

6. Try outrunning one of these!

Lamborghinis have been used as police cars, and you’ll still see them patrolling city streets in Italy and United Arab Emirates. They are exceptionally practical thanks to their potential for top speed.

7. Got a spare million or two?

The most expensive Lamborghini ever sold on record was a Reventon – one lucky (and rather wealthy) driver paid a cool $1.6 million for the privilege of ownership!

8. The Gallardo stands apart from the pack.

The majority of Lamborghinis are built with a V12 engine. However, the Lamborghini Gallardo actually runs on a V10.

9. Stallone’s Lambo went on to earn a popular nickname.

Sylvester Stallone is just one of many movie stars famous for owning Lamborghinis. He’s been the proud driver of an LM002 – and the car became known as the Rambo Lambo! 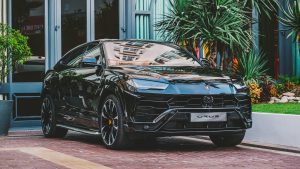 10. Last-minute changes – to the extreme!

Ever willing to live life on the edge, Ferruccio Lamborghini dared to send their 350 GTV to Geneva’s Motor Show in 1966… without a motor inside! It’s thought he wanted to fine-tune the car even as it was about to hit the show!

Lamborghini cars tend to follow the same naming pattern. That is, in that they are named after bulls!

12. Lambo sale volumes may be lower than you think.

Lamborghini doesn’t tend to sell many cars in a 12-month period, but then again, the company gets by just fine – they tend to sell fewer than 600 vehicles a year. Given their prices, that’s still an impressive turnover… not bad at all! 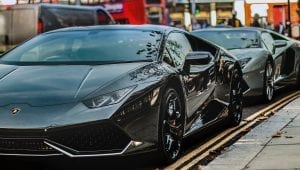 13. Inspiration comes from every corner.

It’s entirely possible to visit and explore the Lamborghini Museum on Google Maps – though surely it’d be more breathtaking to explore these gorgeous cars in person! 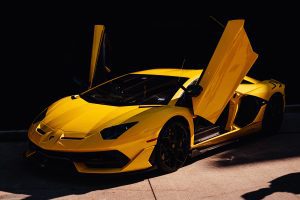 How much does a Lamborghini cost, on average?

While some Lambos have - and will - sell for millions of dollars at auction, you can generally expect to pay from at least $200,000 for these luxury machines.

Are Lamborghinis cheaper than Ferraris?

There’s not too much between these luxury brands when it comes to pricing. Lambos tend to be a little cheaper, but then these are very different types of car!

How fast can a Lamborghini drive?

Some of the most impressive Lambos - such as the Aventador - can reach speeds of up to 218 miles per hour - blisteringly fast!

Do you know any fun facts about Lamborghini? Share them in the comments below!

This page was last modified on November 12, 2022. Suggest an edit