Think you know all there is to know about this iconic motoring brand? Think again. With these fun facts about Land Rover in your back pocket you’ll be able to win any quiz or quick fire round that comes your way!

Land Rovers may have been built since 1948, but Land Rover was only founded in 1978. Prior to then they’d been made by Rover.

2. Take to the desert for free!

Back in the day Land Rover would provide free vehicles for Oxbridge students to drive across the Sahara Desert if they wanted to.

3. Only Jeeps are older.

They’re the second oldest 4-wheel drive brand in the world after Jeep. 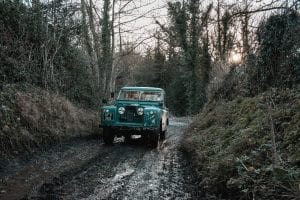 The original Land Rovers had steering wheels in the middle to make the design more “tractor-like” according to the chief designer.

5. It had jet engineering insight.

The Range Rover was designed by a number of Rolls Royce jet engine engineers.

You used to be able to order your Land Rover to come with tank treads if you really wanted to make a statement.

Land Rover invented the Monster Truck 30 years before the Americans would introduce the rest of the world to it.

9. Range Rovers were 20 years in the making.

Range Rovers were designed in the 1950s but not put into production for another 20 years. 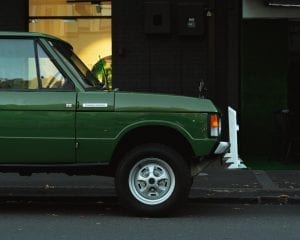 When the Range Rover prototype was first built not a single change was made during the manufacturing process.

Range Rovers were originally called Road Rovers and are the earliest precursor to modern SUVs.

The iconic Defender 110 could carry a dozen people which meant it could use bus lanes as it was classed as a fully fledged passenger bus! 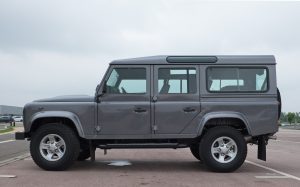 13. Can Land Rovers drive on water?

Land Rover have been known to create concept vehicles that can drive on water by deploying floatation devices.

There’s currently a Range Rover displayed in the Louvre in Paris. 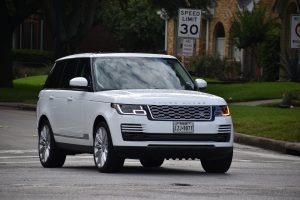 16. Four wheels not enough for you?

They didn’t just win the inaugural Dakar Rally, they also produced a 6-wheel version for a short period of time. Why not?

What’s the main difference between a Land Rover and a Range Rover?

Land Rover’s the brand! Range Rover is a type of car built by Land Rover.

Are Land Rovers expensive to run?

In terms of maintenance, you’d expect to pay around $10,000 per year to run a Range Rover, accounting for repairs!

Why are Land Rovers often expensive to buy?

It’s to do with the specific technology used in the vehicles - there is a lot of money spent on research and development in-house!

Do you know any fun facts about Land Rover?  Share them in the comments below!