With healthy eating bigger now than it’s ever been, there’s never been a better time to take a look at one of the staple ingredients of a healthy, balanced diet. Not sure where to look? These interesting facts about lentils nutrition are the perfect way to get started.

Lentils don’t just taste great — they’ve been enjoyed by our ancestors all the way back to Neolithic times.

2. There are no older pulses.

As well as being one of the oldest domesticated crops on record, they’re also the oldest pulse crop scientists have ever found.

3. It’s been a meat substitute for centuries, too.

For many years lentils were nicknamed “poor man’s meat.” 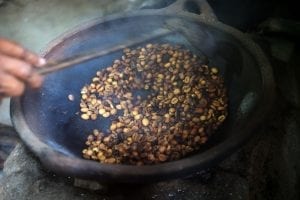 They had something of a resurgence when King Louis XV’s wife, Marie Leszczynska, made them fashionable among nobility and nicknamed them “the queen’s lentils.”

5. They’re a staple part of the Indian diet.

Lentils are eaten widely throughout India where they are known as daal.

6. There are many, many different lentils.

There are a huge variety of different types, including: brown, yellow, black, orange, red and green.

Of all of these, brown is the most commonly eaten variety.

They have an incredible shelf life with lentils having been found in Egyptian tombs that date from 2400 BC!

In the U.S. green lentils are the most popular because of their shape.

9. Not all legumes are edible!

The lentil is an example of an edible legume. 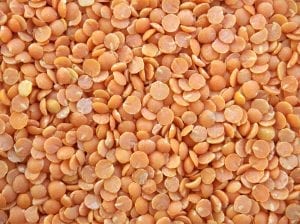 Jewish people consider lentils to be the food of mourners as their round shape is taken to symbolise the circle of life, death, and constant renewal.

12. Is lentil soup a luxury treat?

Writing in the time of the Ancient Greeks, the playwright Aristophanes referred to lentil soup as the “sweetest of all delicacies”. 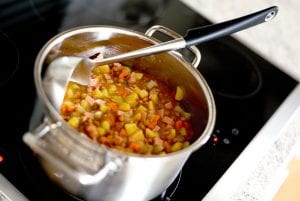 You don’t need to soak them prior to cooking — unlike many other similar foodstuffs.

14. We have 80s sitcoms to thank for a British resurgence.

Lentils gained something of a cult following thanks to the 1980s British sitcom “The Young Ones” in which Neil the hippie was constantly seen cooking and eating them.

Yes - lentils are extremely low in fat and are crammed full of protein, making them a brilliant diet food staple.

Are lentils good alternatives to rice?

Yes, in fact, studies show swapping rice for lentils could cut blood glucose levels by up to a fifth.

Are lentils a superfood?

In many ways, yes - a diet rich in lentils could help slice your risk of developing cancer!

Do you know any fun or interesting facts about lentils?  Share them in the comments below!