Levi’s jeans are some of the most popular items of clothing on the market – and they have been for decades. Their famous red and white label is a symbol of quality, longevity, and style. But how much do you know about this iconic brand? Whether you wear them with pride or mainly know the company for their famous commercials, here are 10 fun facts about Levi jeans worth remembering!

Despite the fact that Levi’s are commonly attributed to American culture, the idea and creation of Levi’s actually came from two immigrants. Jacob Davis, a Latvian tailor working in Reno, and Levi Strauss, a German businessman and Davis’ fabric supplier.

Levi Strauss provided the fabric for the jeans and was responsible for financing the patent application for the company we know so well today. And while, yes, he did help to create the jeans that we know and love, it was, in fact, Jacob Davis who came up with the idea to use copper rivets to strengthen trousers, hence the creation of jeans. Should we be calling them Davis jeans instead…?

Levi’s can be recognized to this day by the leather patch on the back known as the ‘double horse’. The first one to ever be seen on Levi’s jeans was in 1886 – and they’ve never left our pants since! 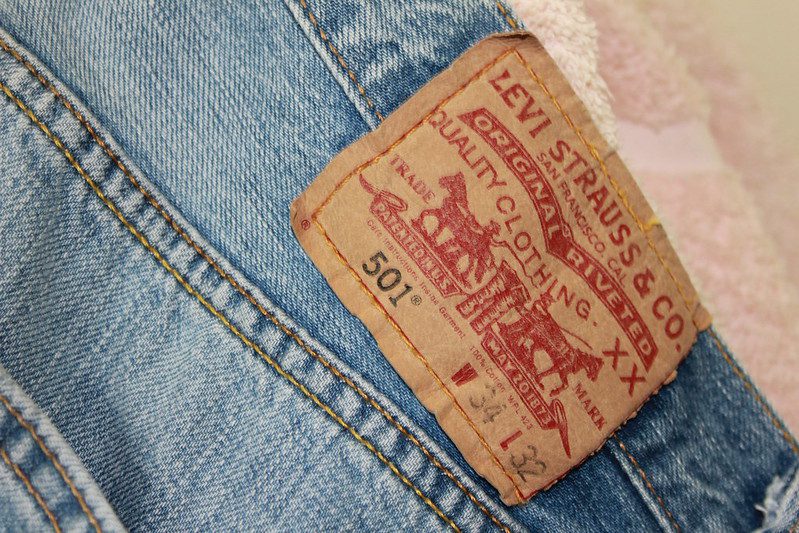 Levi’s 501s are still some of the most iconic and popular jeans to this day! But did you know that the earliest pair dates back to 1873?

Many of us use our handy belt loop holes every day! But, had we been around before 1922, we’d have been stuck with suspenders or loose pants. Belt loops were only added to Levi’s in 1922!

6. Back pockets – what will they think of next?

As common as they may seem to us today, back pockets were not always a staple part of Levi’s jeans! In fact, they only started being added to the trousers in 1901.

Again, believe it or not, zippers were not always a factor in your average pair of Levi’s. In fact, buttons used to be more common, and zippers only came about in 1937, thanks to the intervention of French design. However, it would take Levi’s until 1954 before they put zippers on one of their overalls known as the 501Z! Eventually, by the 1970s, zippers were put on all Levi jeans – and the rest, as they always say, is history.

Jeans were not originally known as jeans, nor were they very popular. They were called overalls and used primarily as workwear. However, in 1955, when James Dean wore jeans in the film ‘Rebel Without a Cause’, a new trend was born! By the 1970s, jeans were widely accepted in the US as casual wear.

9. ‘Jeans’ as a name took hold over decades of wear.

The term ‘jeans’ became popular in the 1950s. Young people following in the steps of James Dean did not want to call their new favorite piece of clothing by the same name their parents gave them. To be fair, ‘overalls’ definitely don’t sound as cool as jeans! So, in search of a new name, the word ‘jeans’ became the new popularized name for trousers, as it was a common fabric used for workwear.

As Levi’s were initially created as workwear, they do not come in shapes and sizes for women. That was until 1934, when Levi’s presented their first version of blue jeans for women. 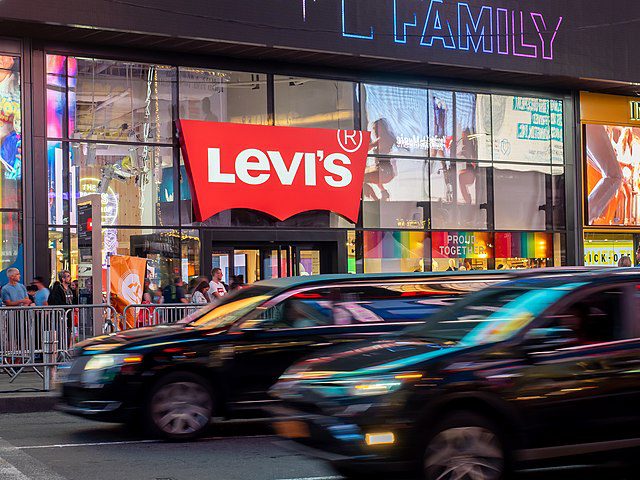 Who is Levi’s owned by?

Levi’s is currently owned by the Haas family. They own approximately 63% of Levi’s and are considered to be one of the richest clans in all of America!

What is special about Levi’s jeans?

Levi’s are so popular because the brand was innovative with its raw denim trousers (and eventually zippers). Now, they are still known for their quality, shape, and longevity.

What were Levi’s originally made from?

Levi’s were originally made from hemp sailcloth. This was in order to help the gold miners who needed to fill their pockets with gold.

Do you know any interesting facts about Levi’s jeans? Share them in the comments below!

This page was last modified on October 31, 2022. Suggest an edit