Contribute  Suggest an edit
Find us on Facebook Follow us on Twitter
If you’re an animal lover and live within reach of the English capital, then there’s a good chance you’ve heard about the ZSL London Zoo! It’s one of the biggest and even one of the oldest zoos in the country, home to more than a few species – and some famous specimens, too!
Before you plan any kind of visit to London Zoo, here are some great facts worth keeping in mind!

It’s true – London Zoo currently hosts more than 20,000 critters, and that number is only increasing.

2. There are hundreds of different species.

With around 700 different species of animal for you to get up close and personal with, London Zoo always promises to be a varied day out for the average wildlife lover! 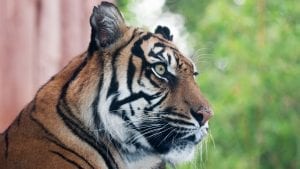 4. London Zoo is the oldest zoo of its kind.

It’s not only the oldest zoo of its kind in the UK, but also the world. It was first set up in 1826. That means it’s due to celebrate its 200th anniversary!

London Zoo was set up by Sir Thomas Stafford Raffles – and the zoo was originally a members-only resort! You had to be a member of the exclusive club if you wanted to come and take a look at the animals here. This went on until at least 1846, when public admission was opened up.

6. London Zoo is responsible for a well-used word!

Believe it or not, the word ‘jumbo’ to mean ‘very large’ comes from London Zoo! That’s because Jumbo was once the name of an African Bull elephant who resided here – he was 11 feet tall at his largest!

7. Who was Guy the Gorilla?

Guy the Gorilla was undoubtedly one of London Zoo’s most famous denizens. There’s a statue dedicated to him at the entrance! He was named after Guy Fawkes, as he was brought to the zoo on bonfire night (celebrated on November 5th in the UK).

It’s thought that the adventures of Winnie the Pooh, the clumsy bear created by AA Milne, were inspired by a black bear – called Winnie – who lived at London Zoo until 1934.

Charles Darwin, father of evolution and the author of The Origin of Species, met his first-ever ape while visiting London Zoo! He was particularly interested in the human-like behavior of an orang-utan called Jenny. 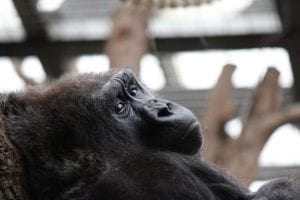 Believe it or not, there’s a Grade I listed phone box in Penguin Beach at London Zoo. It was designed in 1929, and it’s been there ever since.

11. The giraffe house is listed, too!

The giraffe house at London Zoo, too, is extremely important. It’s thought to be the oldest zoo building of its kind fit for purpose, and is Grade II listed! That means, like the phone box, it’s protected as a seriously important historic artefact.

While dogs are no longer allowed in the zoo to help keep animals calm, the first dog show in the world was hosted right here – at Three Island Pond. It’s said that a poultry show soon followed! 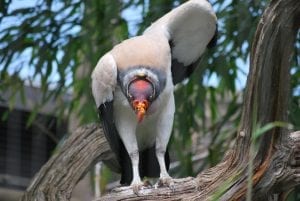 How long does it take to walk around London Zoo?

Start to end, it is likely to take you up to three hours to walk around the whole of London Zoo.

Does London Zoo have an aquarium?

Yes! In fact, the fish house here is thought to be the oldest public aquarium of its kind - another huge first for the zoo.

How does London Zoo get its animals?

In many cases, new animals arrive at the zoo through in-house breeding, though on some occasions, the zoo does find species in the wild. They have a fascinating procedure - and always ensure to be ethical about how they help and support the denizens at the zoo.

Are you considering a visit to London Zoo? Check out the ZSL website for up to date ticket information and opening hours.

Do you know any fun facts about London Zoo?  Share them in the comments below!