Want to increase your knowledge of the countries of Europe and your chances of being crowned the next pub quiz team winners? Start by learning these fun facts about Luxembourg!

1. It’s a green and verdant country.

Luxembourg is a landlocked country with a landscape covered in forests and rolling countryside, located in Western Europe.

2. It’s got lots of neighbors.

Its bordering countries are Belgium to the North and West, Germany to the East and France to the South. 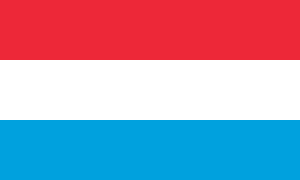 4. Finding Luxembourg with a compass?

Luxembourg’s population was only 632,275 in 2020, making it the second least populated country in the European Union! (Only Malta has a smaller population).

7. You can expect long lifespans out here.

The currency of Luxembourg is the Euro.

9. The wealth is well distributed.

Luxembourg had the 2nd highest GDP per capita in 2011! 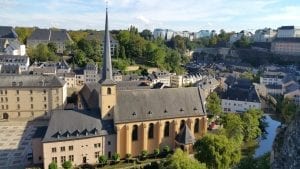 10. The vast majority of people in Luxembourg are readily employed.

Between 1982 and 2013 Luxembourg had the lowest unemployment rate in Europe at an amazing 3.3%!

11. It’s the capital of European broadcasting.

This thriving country is home to RTL, or Radio Television Luxembourg, Europe’s largest radio, television and production company. It controls 34 television channels and 33 radio stations across 12 countries, including Channel 5 in the UK!

Many companies choose to have their European headquarters based here, including Amazon, Paypal, Rakuten, and Skype. 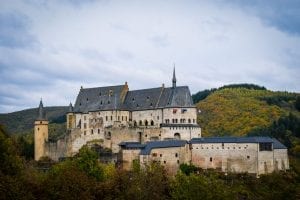 It was the first country to be chosen twice as the European Capital of Culture, in both 1995 and 2007!

14. What do people speak in Luxembourg?

Luxembourg’s official languages are Luxembourgish (a regional variation on German), French and German.

15. The country has a varied industry.

Want to call family or friends in Luxembourg? You’ll need to use the international dialing code +352. 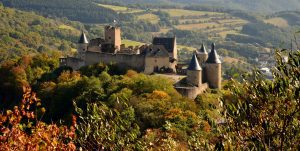 Is it expensive to live in Luxembourg?

Generally speaking, the cost of living in Luxembourg is comparable to that of France on average - it’s not the cheapest.

Is it safe to visit Luxembourg?

Luxembourg benefits from very low crime rates as well as fantastic security standards - so yes, it’s one of the safest countries in Europe to visit as well as live in.

What’s the main religion in Luxembourg?

The main religion people in Luxembourg follow is Roman Catholicism.

Do you know any fun facts about Luxembourg? Share them in the comments below!