Any material capable of attracting iron-containing objects and creating a magnetic field outside itself is a magnet. By the end of the 19th century, it was discovered that all the known elements have some magnetic property.

Magnets have become a big part of our everyday lives. They’re used to make a close-fitting seal on freezers’ doors, power speakers in stereos, earphones, and televisions, store data in computers, and are an essential part of scanning machines MRIs. From our computers to our cars, magnets are everywhere! To understand their importance, here are some fun facts about magnets that you probably weren’t aware of…

1. Magnets were discovered around four millennia ago.

About 4,000 years ago, Magnes, a Greek shepherd, tending his sheep in a region called Magnesia, suddenly found that the nails that held his shoe together and the metal tip of his rod were attracted to a rock he was standing on.

Magnets are ancient. Well, today’s man-made magnets may not be so ancient, but the Chinese are said to have used the natural magnet lodestone as early as 800 A.D.

3. We’ve been using them for all kinds of things for centuries.

Ancient mariners are said to have used lodestones to help them navigate. Explorers like Marco Polo brought the magnetic compass back to Italy, assisting the Europeans to explore the oceans.

The Vikings put the magnetic properties of lodestone to practical use as early as 1,000 B.C. It’s said that the Vikings have been using a compass-like tool made of lodestone and iron. 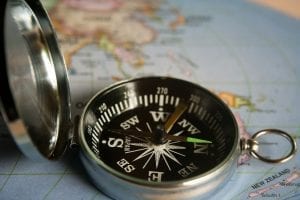 In 1850, William Thomson (Lord Kelvin) defined the quantities which are used in characterizing magnetization.

Magnetic fields can’t be seen with the human eye. Magnetism is light, therefore when magnets “attract” to each other, they are trading photons.

If you put a bar magnet under a sheet of paper and scatter iron dust lightly over the top, you will suddenly see the invisible magnetic field as the particles stick to it.

7. Magnets attract lots of metals, but not all.

The metals magnets attract include iron, nickel, and cobalt. For magnetic objects to work, they must be in the magnetic field to respond.

The metals magnets are unable to attract are aluminum, platinum, magnesium, copper, silver, and gold.

Magnets have 2 different poles, a north pole, and a south pole.

9. The planet is magnetic, too.

The Earth’s core has its magnetic field because it’s believed to be a mix of nickel and iron.

Compasses are using the Earth’s magnetic field to work and direct north, south, east, and west. 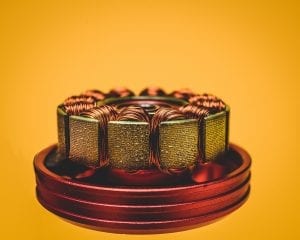 10. There’s a way to watch a magnetic field.

Iron filings can be used to show magnetic fields.

11. We need magnets for electricity in some cases.

Magnets are used for creating electricity. An electric current is created when a coil is wrapped around a magnet, also called an electromagnet.

Electromagnets are used in many diverse applications including generating electricity in hydroelectric dams. To create their power of magnetism electromagnets use electricity and they can be turned on and off.

The tracks of many roller coasters use electromagnets to send the carriages along. 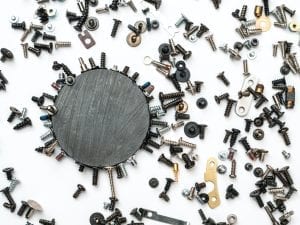 13. They are highly useful to lift big scrap, too.

In junkyards, cranes use huge electromagnets to pick up scrap metal.

14. What are magnets measured in?

A tesla unit is the strength of a magnet.

15. There are some massive magnets out there.

Two of the largest magnets in the US are based at the Los Alamos National Laboratory in New Mexico and Florida State University. 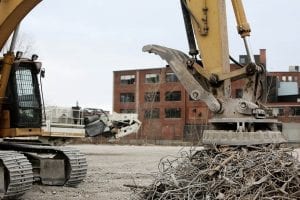 Junkyard magnets used for lifting cars are only able to reach 2 teslas.

Heating a magnet or hammering it, will cause it to lose its properties.

Many animals can sense magnetic fields. Some animals are affected by magnets.
Magnets have been used to study bee communication patterns, migratory cycles, and several other animal behaviors.

Scientists believe that migrating birds are guided by the Earth’s magnetic field. 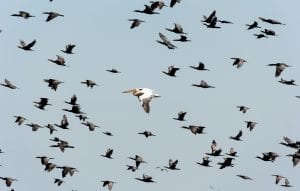 19. There’s magnetism at the core.

Planet Earth’s hot liquid core has iron which, as it moves, produces an electric current that generates a magnetic field around the planet.

The Earth’s magnetic field is 1,000 times weaker than a typical bar magnet. 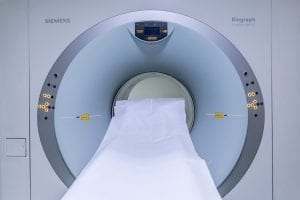 The Earth has a magnetic north and magnetic south, which is what the needle on a compass point to. This is geographically different from the actual north and south poles because the invisible magnetic field lines run from the north to south poles.

23. MRI scanning is built around magnets.

Magnetic resonance imaging machines, MRIs use magnets, and they generate stronger fields than the Earth. MRIs field is about 60,000 times stronger than the Earth’s.

24. Not every planet has a magnetic field.

The only planets in our solar system with magnetic fields are Earth, Saturn, Jupiter, Neptune, and Uranus. 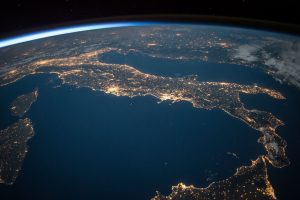 A star called a magnetar is the most powerful magnet in the universe, and they are strong enough to destroy small planets if they get close enough.

26. Magnets can transform from scratch.

Some metals can be turned into magnets by strong rare earth magnets.

27. Even iron can be magnetized!

Ferromagnetic materials like iron can be magnetized with a strong permanent magnet. 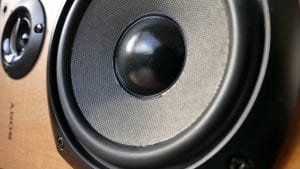 Try rubbing a magnet on a screwdriver, the screwdriver will be able to pick up magnetic objects.

29. There’s magnetism in them hills…

There are magnetic hills, said to pull cars and other large magnetic objects to certain locations. Still, researchers have found out that these are not magnetic irregularities as much as a topographical illusion. 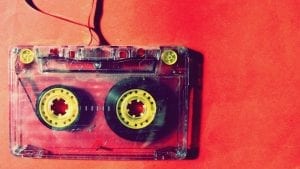 Potentially, yes - if you trap yourself between two magnets, you could cause yourself a serious injury!

Do magnets have healing properties?

Research suggests that no, magnets do not have any known healing properties.

Is it good to sleep on a magnet?

Weirdly - yes. It’s said that mattresses padded with magnets can help aid your sleep - the jury’s out!

Do you know any fun facts about magnets? Share them in the comments below!