Magpies are beautiful, intelligent, curious birds, and protective of their territory. But is that everything? There are many rumors and superstitions regarding magpies. For hundreds of years, people were so fearful of magpies in Europe that they were very nearly hunted to extinction. Luckily, before this happened Christianity spread that magpies were associated with good luck and fortune.

The Romans believed that magpies had excellent reasoning abilities. In ancient Greece magpies were sacred to Bacchus the god of wine. Some Native American tribes believed that a magpie feather is a sign of fearlessness. However, the church saw magpies in a completely different light.

What is the real truth? Do they bring good or bad luck? Are they intelligent? Hopefully these fun facts about magpies can help us see these birds for what they truly are:

1. Magpies and crows are closely related.

Magpies are a group of birds in the Corvidae, or crow family.

2. They are extremely clever.

Magpies are highly intelligent birds. They can use tools, play games, work in teams, and even mimic human speech.

Magpies are one of the few animals that can recognize themselves in the mirror. 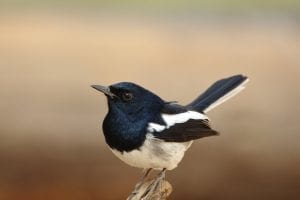 4. There are many different types of magpie.

Many different species are black and white, usually with white chests and sides. Several species are brightly colored, with green, blue, and red feathers.

5. Magpies are noted for their tail lengths.

These birds have long tails, especially compared to the rest of the corvid family. In many species, the tail is longer than the bird’s body! The tail provides magpies with the ability to make swift turns while in the air. This allows the birds to evade larger predators and make up for rather average flying abilities.

Some of the different ecosystems that they live in include meadows, savannahs, sagebrush, woodlands, and more. They nest in trees, so their ecosystem must be at least partially forest. Many species also live close to human habitation, including farms, pastures, and parks.

7. They will eat most things.

Magpies are omnivorous, which means they eat both plants and animals.

However, during the winter months the magpie’s diet is largely vegetarian. Their main diet in summer is grassland invertebrates, such as beetles, flies, caterpillars, spiders, and worms. Only during the spring, when feeding its young, does it become a major predator, raiding the nests of songbirds for eggs and young.

8. There was a magpie boom in the UK.

Between 1966 and 1986, the number of magpies in Britain increased steadily by around 5% per year. But this had no obvious effect on the nesting success of any of the songbird species.

9. Magpies can be threats to farms.

Magpies sometimes eat crops or hunt young poultry. Because of this, farmers sometimes kill them in retaliation. 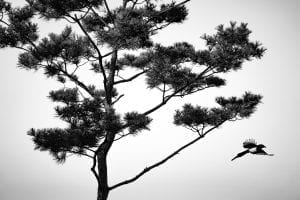 Humans haven’t domesticated these birds in any way. Magpies are wild birds and don’t make good house pets. In most places, it is illegal to own one as a pet.

Most magpie species are monogamous, and pairs continue to breed every year for life. Clutch size varies by species, but on average the female lays about six eggs per clutch.

12. Magpies fly the nest a little later than many birds.

The young begin learning to fly when they are about a month old, but many remain with their parents for at least a year before setting off in search of a mate. 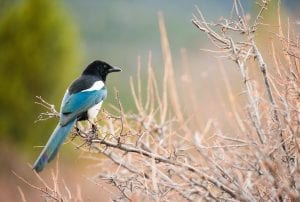 They are non-migratory, and it’s rare for one to ever travel more than 10km from where it was hatched.

14. What are magpie groups called?

There are several names given to a group of magpies, but perhaps the most descriptive is “a parliament.” The birds have earned this title from often appearing in large groups in the spring looking dignified and cawing at each other.

15. Magpies haven’t got the best of reputations.

In 1815, two French playwrights created a historical melodrama “La Pie Voleuse” in which a servant is sentenced to death for stealing silverware from her master when the real thief was his pet magpie. 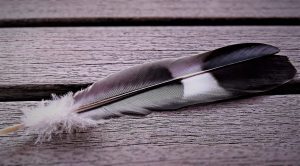 16. These birds are seriously misunderstood.

Magpies are not thieves, merely inquisitive. They are interested in objects but show no preference for shininess. They are indeed voracious predators of songbirds, but there is no evidence that this has resulted in a population crash.

17. Magpies have an effect on superstitions regarding luck.

In Britain, people consider lone magpies a sign of bad luck. To combat this bad luck, in some areas people will salute the bird saying “Good morning general, “Good morning captain,” or “Good morning Mr. Magpie, how is your lady wife today?”

In Asia, they are symbols of good fortune or good luck.  The magpie is the national bird of Korea. 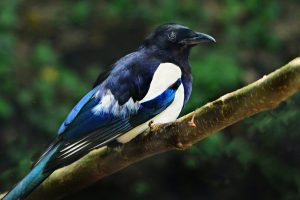 Are magpies native to the UK?

Yes - they are rife up and down the UK, but you’ll mainly find them in Scotland.

What do magpies hate?

Magpies are not fond of light reflecting from surfaces - which is why some people hang CDs in trees to scare them away.

Are magpies aggressive to other birds?

Yes, to some extent, but this is as a result of predatory instinct - they hunt other birds!

Do you know any fun facts about magpies?  Share them in the comments below!