Looking to boost your knowledge of Africa and increase your chances of winning the next geography quiz? Take a look at these 15 fun facts about Mali!

Mali is a large landlocked country in West Africa. It is bordered by Algeria to the north, Niger to the east, Burkina Faso and Cote d’Ivoire to the south, Guinea to the southwest and Senegal and Mauritania to the west.

To explore the beautiful and historical wonders that Mali has to offer, head for the coordinates of 12.6500° N, 8.0000° W for your very own Malian adventure!

The terrain here is mostly flat-to-rolling plains covered in sand, with savannah to the south and rugged hills in the northeast. 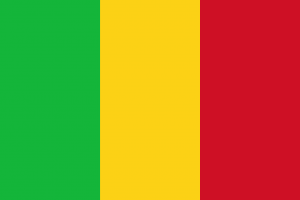 The Great Mosque of Djenne, a UNESCO World Heritage Site, is the largest mud brick building in the world! Incredibly, although the current building was constructed in 1907, there has been a mosque on the site since the 13th century!

Often thought of as a mythical place that means ‘anywhere far away’, Timbuktu is actually a city in northern Mali!

The official language of Mali is French, although there are more than 40 other languages spoken here too. 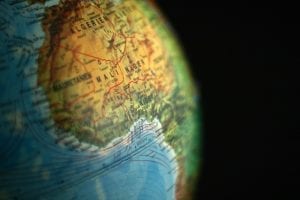 The Malian national drink is sweet tea, which is served three times from the same pot – if a fourth cup is served it means you are no longer welcome!

During the reign of the great Ghana Empire (circa 800-1230), Mali was the world’s richest country!

In 1325, Sultan Mansa Musa, the ruler of Mali, handed out so much gold during a pilgrimage to Mecca that the value plummeted and took 10 years to recover! 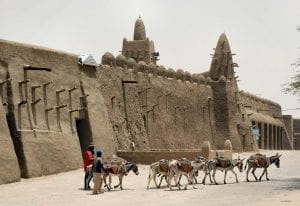 Mali gained independence from France in 1960, after 68 years of French colonial rule.

Its industry consists of construction, food processing and mining for gold and phosphate.

The main exports consist of cotton, gold and livestock.

Do you have family or friends in Mali that you’d like to call?  You’ll need to use the international dial code of +223.

Is Mali an Islamic country?

Yes - almost 95% of the people living in Mali are Muslim!

Was the Mali Empire Muslim?

Not originally - it wasn’t until around the 14th century that the Mali monarchy converted to Islam.

Mali is famous globally for its important exports! It’s mainly known for both its gold and salt reserves.

Is Mali safe for me to visit?

On the whole, Mali is not safe for visitors to attend - it’s said to be subject to violent crime.

What is Mali famous for, exactly?

Mali is perhaps most famous for being a country that exports tons of gold! However, it’s also a big salt contributor.

Do people speak English in Mali?

Yes - however, you’ll find that most people speak French here!

Do you know any fun facts about Mali? Share them in the comments below!