Are you looking to impress your mates or simply to brush up on your worldly knowledge?  Get started with these 17 fun facts about Malta!

Malta is an archipelago in the central Mediterranean and forms part of Europe. Its nearest neighbors are Italy to the north, Greece to the east, Libya to the south and Tunisia to the west.

2.    Malta is small, but packed with culture

To explore the amazing cultural wonders and stunning coastline that Malta has to offer, head for the coordinates of 35.8833° N, 14.5000° E for your very own Maltese adventure!

The terrain here is mostly low, rocky and flat, with many coastal cliffs. 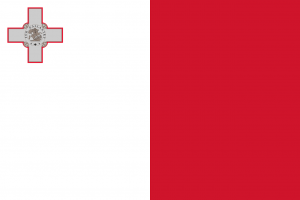 The total land area of Malta is 122 square miles (316 square kilometers) – that’s less than 1/5th of the size of the Isle of Skye! This also makes it the smallest country in the European Union!

5.    Malta is densely populated despite its size

6.    Malta’s citizens have a collective name

Residents here are known as Maltese.

7.    Malta’s known for its beautiful cities

The Maltese enjoy a Mediterranean climate with hot, dry summers and mild, rainy winters. On average, there are 300 days of sunshine in Malta and a temperature of 18.9°C – sounds perfect! 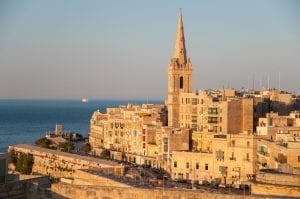 9.    Malta has some seriously ancient artefacts

Malta is home to some of the oldest freestanding stone buildings in the world; built between 4000-5000BC, the Megalithic Monuments of Malta are one of 9 UNESCO World Heritage Sites in Malta and a renowned tourist attraction.

Before Malta’s roads were paved, people were paid to water the soil roads to stop bacteria and viruses being swept up into the air by the motion of the carriage wheels!

11. Malta has a curious link with a spinach-eating sailor! 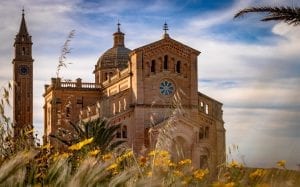 Basilica of the Blessed Virgin Of Ta’ Pinu, Gozo, Malta

12. Malta and the UK share more than a few traits

The official languages of Malta are Maltese and English. Unlike many other European countries, Maltese drive on the left hand side of the road, just like in the UK.

However, Malta gained independence from the UK in 1964.

13. Malta is a tourist hot-spot

14. Malta is a pretty healthy country 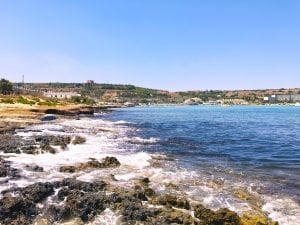 17. Malta is a big exporter of transport essentials 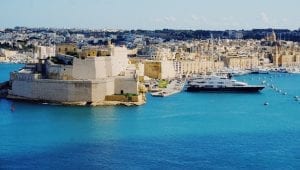 Is Malta safe to visit?

On the whole, Malta is pretty safe to visit as a tourist. However, you’ll need to be careful of petty crime, as much as anywhere else.

Can I move to Malta?

There are many ways to become a Maltese resident. They will, for example, generally welcome EU, Swiss and EU residents.

Yes - on the whole, you won’t have to pay for any kind of medical treatment or diagnosis in Malta.

Do you know any interesting facts about Malta? Share them in the comments section below!

Are you fascinated with the Mediterranean islands? Check out these fun facts about Cyprus