March is a big month in the Western calendar – it largely marks the end of winter and the start of spring! It’s also when Easter starts to emerge, and when we can all look forward to milder days and less time spent indoors. Here are some fun facts about March to help ring in the season.

March is the 3rd month out of 12 in the current calendar year.

2. Both March and June have weird endings.

March and June, which is the 6th month of the calendar, share an interesting quirk. The end of those two months falls on the same day, every year.

3. March used to be the first month.

March, which was first known as ‘Martinus’, was declared the first month of the calendar year in 758 BCE! The King of Rome at that time was King Romulus, who revised the calendar – and his reformation had only 10 months. 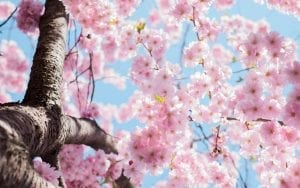 4. January and February eventually changed all that.

However, January and February were later added with future reforms, pushing March into third spot.

5. It’s named after a warring god!

March was actually named after the Roman God of War – Mars.

6. March can be important for nutrition.

March is important for many people on a diet in the US because it is known as National Nutrition Month! Traditionally following winter, and to prepare for spring and summer, people often revise their eating habits. Food and beverage manufacturers also sometimes promote new or special foods with particular nutritional values during March and April.

March 24th 1909 saw the foundation of the Wright Brothers’ aviation school in Montgomery.

The author Lewis Carroll first referenced mad hares in his famous book ‘Alice in Wonderland’. Hares are notorious for leaping and chasing each other around in March, and in the book, their excitement and frivolity was noted. In reality, March is typically the month when hares mate!

9. Many famous people were born in March. 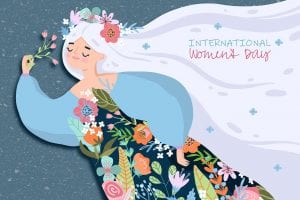 10. It’s an important time for many women, too.

March is known as Women’s History Month, in The UK, US, and Australia. Notable events set up by women are remembered and reflected upon during the month.

11. What are the birthstones of March?

The birthstones of March are the blue aquamarine and the red bloodstone.

Daffodils are the flower of the month of March. They are thought to signal the start of spring and new beginnings. 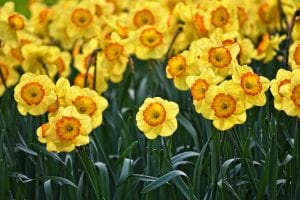 13. You’re either a fish or a ram if you were born in March.

Aries runs from March 21st to April 20th and is symbolized by a ram.

March is also an important month for those who follow their saints. St David, the patron saint of Wales, has his national day on March 1st. St David was a very important figure in ancient Christianity, having spread the word of the religion while living as a monk in the 6th century.

What does the month of March traditionally represent?

While March generally represents a change in weather and climate in the modern era, March traditionally represented a time for military operations to resume - particularly in times of Ancient Rome.

Is March the best month of the year?

That all depends on who you ask! However, it’s home to great weather after months of cold temperatures, and it’s also a time when lots of people celebrate with chocolate gifts.

What does it mean when time ‘Marches forward’ this month?

Those countries operating on Daylight Savings Time, or DST, will normally move their clocks forward by one hour during March. In October, they ‘Fall’ back!

Do you know any fun facts about March? Share them in the comments below!