Mardi Gras, a holiday that you may also know as Fat Tuesday, happens every year in New Orleans (typically celebrated in January and February). Although the exact holiday is only one day (the 25th of February), the celebrations begin far earlier (as early as Three Kings Day (6th of January)). Here’s another 13 fun facts about this exciting holiday. 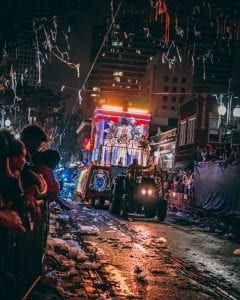 Do you know any fun facts about Mardi Gras?  Share them in the comments below!