Isn’t marketing fascinating! Advertising isn’t actually that new a phenomenon, so it transpires – but the ways in which we market to one another has certainly evolved over the decades. We’ve put together some amazing facts and figures about marketing and advertising from all over the world – and it really is astounding to learn what works from place to place!

Did you know that appealing to two of the senses could increase your sales? Do you really know how effective internet banner ads are in the modern age? Is cheese spread REALLY made in Philadelphia? Lets dig in to these fun facts about marketing which might just make you re-evaluate what you know about yourself and your perception of advertising!

Though invented in New York, marketers thought that calling their product ‘Philadelphia Cheese’ would prove to be more successful – as Philadelphia was known as a good area for dairy cattle/milk production!

Sales of doughnuts increased by 29% in South Korea when passengers on buses were exposed to the sprayed scent of freshly baked doughnuts, while the Dunkin’ Donuts jingle was played.

Tropicana lost $50 million following what they learned to be a huge a marketing error in 2009. This was all because they changed up the iconic look of their drinks bottles! 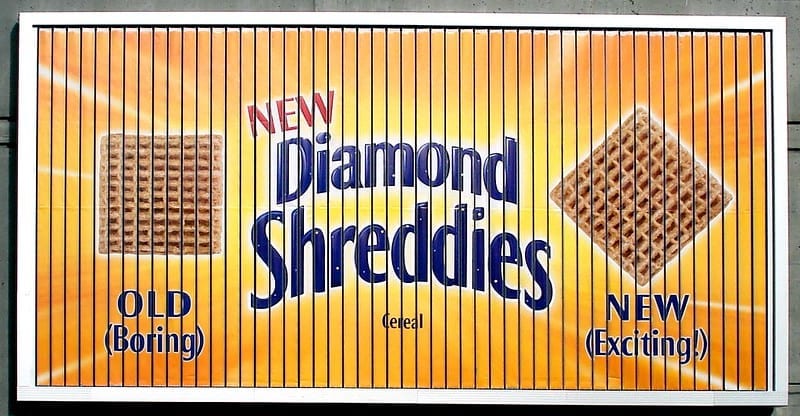 4.    Be careful with big competitions…

In 2018, Russia’s Domino’s Pizza ran a competition for people to get 100 pizzas every year for 100 years – if they got a tattoo of their logo. However, this backfired, as 350 people took up the challenge in the first week – and they had to close down the promotion!

Shopping warehouse giants Costco admitted that they deliberately set out the stores without aisle guides so that customers are compelled to view the whole range of their products for sale.

6.    Are customers really that easy to influence…?

Bizarrely, Kraft once remarketed their Shreddies as ‘Diamond Shreddies’. The sales increased, but people were buying the same cereal – you can rotate a normal Shreddie into a diamond!

Even weirder is the fact that some test subjects for the new Shreddies said they thought they tasted different! We can safely say they probably didn’t!

7.    Radio marketing is alive and kicking.

Radio advertising and marketing first started in 1922, and it’s thought that radio ads became even more lucrative than print ads by the end of the 1930s!

8.    There are some major marketing players.

Ogilvy is one of the largest marketing agencies in the world. The company has 132 offices spread globally in 83 countries.

The company was started by David Ogilvy in 1948 in New York.

Ogilvy dropped out of Oxford University, where he gained a place on scholarship as his family could not afford the fees. He went on to run successful marketing campaigns for Schweppes, Cadbury’s, Colgate, and Rolls Royce. The company employs over 24,000 people worldwide. 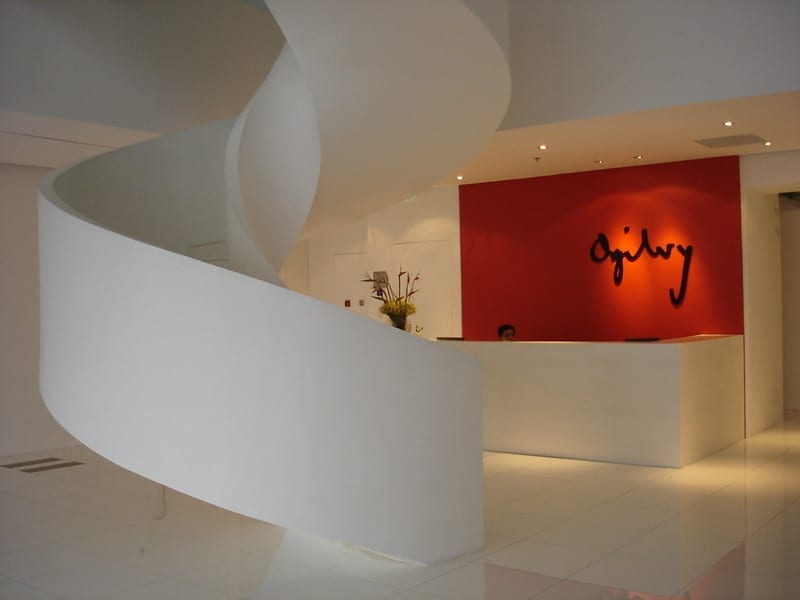 10. Where would marketing be without Gutenberg?

Modern marketing owes a lot to the Gutenberg printing press! It was invented all the way back in 1450. Print marketing still has a place in the modern age, too – it’s not all online!

Email marketing, too, is older than you might think. The first-ever email was sent by Ray Tomlinson in 1971 – and it all snowballed from there!

Spam email has roots going back decades – but the first widespread spam attack was launched by lawyer firm Canter and Seigal. In 1994, they sent widespread advertising mail far and wide across newsgroups, which were very popular at the time! 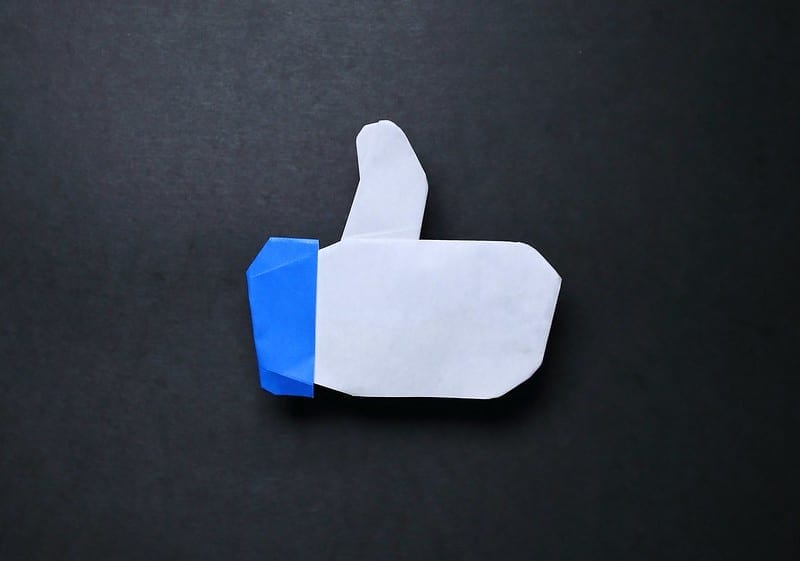 Weirdly, the original marketing for Facebook included Al Pacino’s likeness in the main banner. This was, of course, later removed.

In fact, only around 10% of all email received ISN’T spam. That’s why it pays to have a filter and a spam-box in place!

Event marketing refers to advertising becoming an occasion that people talk about. For example, this could refer to the Coca-Cola truck which rolls around at Christmas.

One of the biggest early examples of event marketing was Apple’s Super Bowl commercial in 1984. Fittingly, the advert depicted a world not unlike George Orwell’s dystopian vision in his book ‘1984’ – with Apple looking to break down the walls.

The advert was directed by Ridley Scott, better known for his work on Alien. 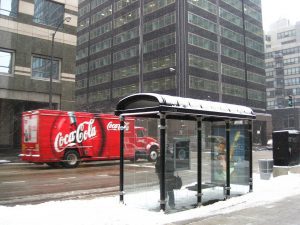 It’s thought that having a video on the front page of your website will increase the chance of them buying products from you – or learning more – by up to 86%.

However, the majority of people will likely stop watching a video within the first 90 seconds. Better make it count!

Banner advertising is a staple of online marketing that’s stood the test of time. However, it has fallen away a little thanks to the rise of ad blockers. Nowadays, it’s thought you’ll only get around 2.1% of people who see your ad to actually click on it.

18. Google bought its email system off a cat.

Believe it or not, Gmail – which is responsible for much marketing digitally worldwide – once belonged to Garfield. It was a free service but was eventually taken up by Google as they expanded. 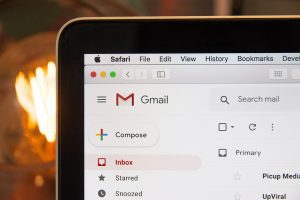 Believe it or not, around 28% of people who subscribe to email marketing are actually likely to buy more products.

T-shirts were originally designed and marketed for men who didn’t know how to sew buttons. They’ve been around since 1904.

The creator of Pringles was cremated and – as he desired – was buried in a Pringles can. That’s an interesting marketing strategy to say the very least! 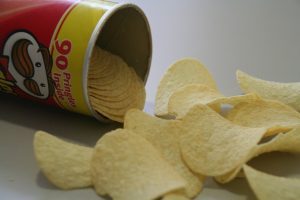 22. Victoria’s secret used to be… a male brand?

Weirdly, Victoria’s Secret was once marketed towards male buyers. This is because it was originally supposed to be a catalogue where partners would buy lingerie and other accessories for women. Nowadays, it’s marketed with a female approach.

23. Minty toothpaste is a marketing trick.

Unbelievably, mint-flavored toothpaste was actually a marketing ploy. It was developed in this way so that people could develop a taste for ‘cleanliness’, meaning minty.

What is the best marketing strategy?

That’s a broad question - in the modern age, it’s all about tapping into what people really want - not just what you think they’ll need.

How do you attract customers?

Work on big offers and deals, try and stand apart from the pack, and take advantage of networking opportunities.

What does a customer actually want?

Customers want their lives to be easy or more exciting - on top of that, they want a brand they can actually trust!

Do you know any fun facts about marketing? Share them in the comments below!

Are you fascinated with marketing? Check out these interesting facts about SEO…