Man hasn’t yet set foot on Mars. But we have sent dozens of probes to the planet over recent decades. We continue to study the Red Planet and explore the possibility of whether it can support life or not. In the process, we’ve made many fascinating discoveries that have multiplied our interest with Mars.

Recently, NASA launched its most ambitious Mars rover to explore the planet for evidence of ancient life. As the world waits for its discoveries, familiarise yourself with what we know so far. Past studies have unearthed several findings that have shed light on this mysterious planet. Learn more about Mars with these incredible and interesting facts.

1. Mars is often the most popular planet with space enthusiasts.

As the fourth planet from the Sun, and one of Earth’s closest neighbors, Mars has always held a fascination for many people.

3. Mars is very similar in size to Earth.

It has a surface area of 55,000,000 square miles. If you ignore the Earth’s water, you will find that the two planets have more or less the same surface area. This has increased people’s enchantment with the planet, spurring scientific explorations to it. 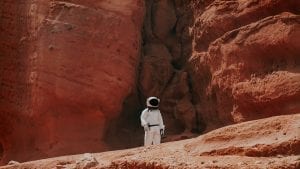 4. Mars may once have had poles.

Mars does not have an existing magnetic field. Although scientists argue that this is a recent development, with some data proposing Mars had a magnetic field four billion years ago.

5. There’s gravity on Mars, just not much.

You can jump up to three times higher on Mars because its gravity is just 37% of the gravity you find on Earth.  If you weigh yourself on Mars, you will lose approximately 62 lbs of your weight on Earth.

6. There’s absolutely zero way you can breathe on Mars.

A fun fact about Mars is its moniker, ‘the red planet.’ This is because of the presence of iron oxide, otherwise known as rust, in the planet’s soil and rocks.

8. Mars is actually much colder than Earth.

Despite these unfortunate conditions, people once thought that Mars had intelligent life. Giovanni Schiaparelli, an Italian astronomer, was convinced that he could see grooves on the planet’s surface that couldn’t have occurred naturally. These lines were eventually proven to be an optical illusion.

Even though it does not have life (as we know it), Mars is the only other planet in the solar system besides Earth that can potentially nurture it.

11. Mars isn’t the wasteland we once thought it was.

For the longest time, scientists believed that Mars was completely barren and dry. And its atmosphere was such that it could not permit water to exist on its surface. But, today, scientists know that there is water on Mars. But it isn’t liquid water. There is ice at the poles, though scientists are yet to discover whether or not water eventually melts in the summer seasons. 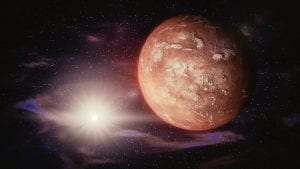 12. However, the Red Planet is amazingly dusty.

Mars is home to the largest dust storms in the entire solar system. These storms are known to last for months, effectively covering the whole planet in red dust. This natural occurrence is due to the planet’s elliptical orbital path.

13. Could you have sailed across Mars?

There is also evidence suggesting that Mars once had oceans. This presence of water has convinced astronomers that the planet once held life of some sort. They also believe that life could still exist somewhere on the planet.

14. Mars puts some of our natural features to shame!

Mars has a feature called Valles Marineris, which is bigger than the Grand Canyon (20 times wider, five times deeper, and four times longer).

Mars’ Olympus Mons is 27 kilometers high and 600 kilometers across, which makes it the largest volcano in the solar system. ‘Olympus Mons’ is three times taller than Everest.

Facts about Mars are limited to the findings of past space explorations. Although the planet is near the Earth, physical limitations have made it difficult to gather information on it. Fortunately, scientific bodies and international organisations continue to conduct explorations to study our neighboring planet further.

So far, over 50 missions have been launched to explore the red planet. Out of these, about 20 have successfully landed on its surface. But some recent missions are still en route to the planet. 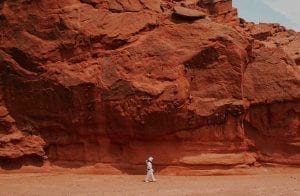 16. Bits of Mars have fallen to Earth.

Trace amounts of the red planet’s atmosphere were found in meteorites that have fallen on Earth. These findings have helped the scientific community gather data that is separate from the information coming from space missions.

17. Mars is somewhere in the middle of the solar circle.

Mars is the fourth planet from the Sun. It is approximately 227,900,000 kilometers from the star.

Mars is the second smallest planet in the solar system with an equatorial and polar diameter of 6,700 kilometers. You can fit more than six of the red planet in the Earth.

19. Its moons have interesting names.

It has two moons, namely: Phobos and Deimos. Meaning ‘Fear’ and ‘Panic’ respectively in Latin, the moons were discovered and named in 1877 by the astronomer Asaph Hall. 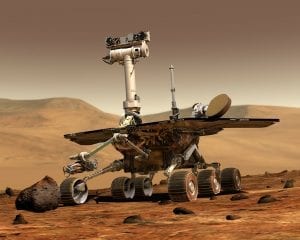 20. Mars will likely look like Saturn in many, many years from now.

In forty million years or so, gravitational forces will rip Phobos apart, leading to the creation of a ring. In other words, 40 million years from now, Mars will have a ring.

21. Martian years are almost twice as long as ours.

22. Mars has been a figure of fascination for millennia.

Mars has fascinated people since ancient times. From its unusual color to the possibility of extraterrestrial life forms, the planet has served as inspiration for several communities of people for centuries.

Mars was first recorded by Egyptian Astronomers in the Second Millennium BC. 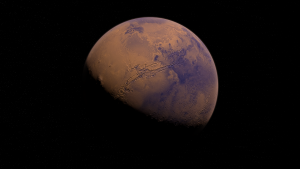 The planet is named after the Roman god of war. The Greeks called it Ares, their name for the god of war. The name was given because of the planet’s distinct red color, which is reminiscent of blood. On the other hand, Chinese astronomers had referred to Mars as the ‘fire star,’ while the Egyptians called it ‘the red one.’

The Viking Landers were the first spacecraft to land on Mars. This happened in 1976. The spacecraft collected samples of the planet’s surface to determine the microorganisms and compounds present.

26. Many, many missions are exploring Mars.

Although Mars is known to be unkind to exploration attempts, it has one of the largest numbers of operational spacecraft today, second only to Earth.

As new explorations present the possibilities of new information, the fascination with Mars will only continue. As more countries and organisations carry out their own space missions, it’s only a matter of time before proposals for social trips to the red planet might be seen in the news. 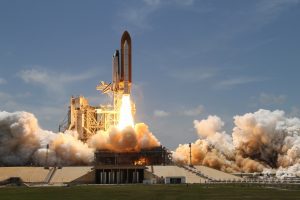 Will man ever visit Mars?

Is Mars a dying planet?

Mars is actually regarded as a ‘dead’ planet - while life may have sustained here long ago, its conditions make it a non-living specimen.

What killed life on Mars?

Researchers believe that if life did exist on Mars at any time, the radiation levels will have grown to such an extent that it died out..

Does it rain on Mars?

No - water has a hard time existing on Mars because of the low pressure - meaning there’s no chance of rain coming down.

Do you know any interesting or fun facts about Mars? Share them in the comments below!

Are you fascinated with our solar system? Check out these interesting facts about Uranus…