If you have any kind of interest in cars or motoring in general, it’s safe to say you’ve heard of Mercedes Benz. The German automotive firm has been producing fantastic cars for decades – and they’ve been around for longer than many people will likely imagine.

But what is it about their cars that makes them so enduring, so reliable, and so attractive to motorists all over the world? Let’s take a look at a few fun facts about Mercedes Benz which will likely surprise you.

1. Mercedes Benz has been around for a long time.

Believe it or not, Mercedes Benz has technically been a global name since the 19th Century. Right at the forefront of the automotive revolution, Karl Benz patented his ‘Motorwagen’ – and with his wife Bertha, they were able to produce the first-ever modern car in 1886. Fittingly, Benz was also the first person to own a driver’s license.

2. They make racing cars, too.

Mercedes Benz is not only important in the history of the automotive industry in general, but also in the world of motor racing. They have been building racing vehicles for decades now, making them one of the most reliable names in top-speed engineering.

3. Why are so many Mercs silver?

You’ll likely find that the vast majority of Mercedes Benz cars built for racing are silver in color. But this isn’t simply down to aesthetic choice. In fact, it’s as a result of an old measure where mechanics would have to grind paintwork off to make sure that their cars met weight restrictions for races! The silver look then stuck – becoming iconic of the Mercedes Benz brand. 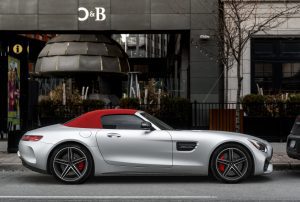 The company’s logo is pretty interesting all on its own. It’s supposed to represent three different elements – water, air, and land. In fact, it’s thought that the company initially intended to add space to the logo as a fourth element, though this never came to pass.

5. Their spread is global.

Mercedes Benz really is a global brand. There are cars and vehicles bearing the Mercedes Benz name which are built and sold across 30 different countries across the globe.

It’s now common for anti-lock braking to be fitted across cars all over the world. However, did you know that Mercedes Benz actually pioneered the technology all the way back in 1978? It wasn’t until the arrival of the Mercedes Benz S-Class in that year that the systems started appearing. To this day, it’s become a standard safety measure, allowing drivers to safely steer their vehicles even when they have to brake more than usual.

6. Nepal chose Mercs above all others.

The country of Nepal didn’t start getting into motoring until the 1940s, and only then, did they start taking to the roads as a result of the monarchy getting the first pick of the vehicles! The King of Nepal’s first car back in 1940 was – you guessed it – a Mercedes Benz!

Mercedes Benz has been at the forefront of car safety for decades now. So much so, that their vehicles were the very first to have brakes applied to all four of their wheels. These measures started coming into play around 1924.

Mercedes Benz supplied an iconic SUV for the Hollywood movie Jurassic Park, directed by Steven Spielberg. To this day, you can still see the vehicle on display at the Mercedes Benz Museum in Stuttgart, Germany.

9. They really were trailblazers.

As Mercedes Benz was right at the start of the motoring boom, it’s hardly surprising that they were the first at doing many things other vehicle manufacturers would eventually follow suit with. For example, Mercedes Benz was responsible for producing the world’s first car to run on diesel. This car, the 260D, was available all the way up to the 1950s, and again, you can see an original vehicle in the line at the Stuttgart Mercedes Benz museum. 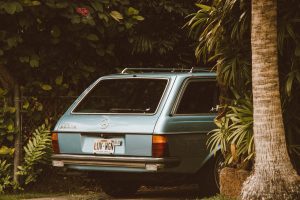 10. A bespoke Benz is something to behold.

Mercedes Benz is no stranger to custom builds, and the most impressive bespoke car from the manufacturer was built to the tune of $2.5 million. A commission from an oil billionaire saw the company design and build a car made out of white gold – in full 18k!

Believe it or not, Mercedes Benz cars are marked for their resistance to squealing. This is thanks to the fact that they are built with precision welding in place. There are said to be around 10,000 welding points across the entirety of your average Mercedes Benz, meaning that there’s rarely any excuse for loosening bolts or annoying noises on the move.

Few cars these days are actually built by hand, but much like Aston Martin, Mercedes Benz strays away from automated building and assembly. Their main plant in Affalterbach focuses on a ‘one man one engine’ approach to manufacture, which means that there is only ever going to be a single engineer involved in the hand-building and hand-tuning of a single car. 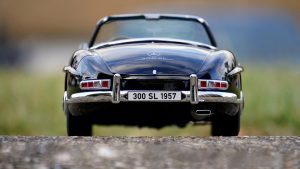 13. Where did the name even come from?

While the Benz part of the brand’s name is easy to explain, the Mercedes part isn’t always so easy to trace back. It’s thought that this part of the name derives from the daughter of Emil Jellinek, who was one of the first businesspeople to invest in Mercedes Benz and would design his own vehicles with a firm focus on performance.

Mercedes Benz cars also led the way when it came to ‘crumple’ technology. This means that, unlike many other cars of the 1950s, Mercedes Benz models would contain cells that would scrunch up and create less of a surface area during accidents and sudden impacts. This, it was proposed, would help to control the force you experience when something impacts your car. It’s safe to say this technology had a lasting impact.

There is a certified pre-owned or CPO program through Mercedes Benz which allows you to drive away a great car at a lower price than you may normally expect to pay. What’s more, this program allows you to take advantage of a five-year warranty with an unlimited warranty. It’s another reason why the manufacturer and their huge lines remain so popular with modern drivers. And why not? 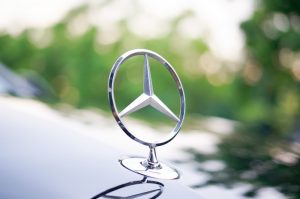 Is Mercedes Benz a German brand?

Originally, yes, Mercedes Benz was based in Germany, however, it’s now truly international.

Popular Mercedes Benz cars include the 300D Adenauer, the 190SL, and the G-Class.

Where is Mercedes Benz’s base in Germany now?

In Germany, you’ll find Mercedes Benz based in the city of Stuttgart.

Do you know any fun facts about Mercedes Benz? Share them in the comments below!

This page was last modified on December 28, 2021. Suggest an edit