Have you ever watched a meteor shower streak across the sky at night? When a meteor enters the Earth’s atmosphere it can glow even brighter than the planet Venus! Looking for some information about these otherworldly rocks? Here’s 18 fun facts about meteorites…

Meteoroid, meteor, and meteorite have different classifications according to their material state.

A meteoroid is a rocky debris floating in space which turns into a meteor as a result of friction between the air particles and the pressure in and around the Earth’s atmosphere.

A meteorite is a piece of space debris that sometimes lands here on Earth through a high-speed plunge as a meteor. 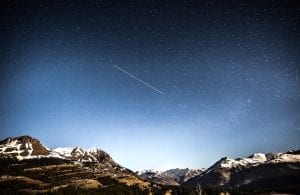 4. One size never fits all.

Meteorites vary in size. They can be as tiny as a speck of dust or as big as a light aircraft!

5. They are blisteringly fast.

The largest meteorite that has ever landed on the Earth’s surface is recorded to have an estimate mass of 60 tons. It is called the Hoba meteorite, and was found in 1920 in Namibia.

7. However, they’re most likely to fall on the tiny side.

Most meteorites are minuscule in size and too small to be seen with the naked eye.

8. Selling a meteorite? Be careful.

The purchasing and selling of meteorites is illegal in South Africa while eBay lists over a thousand meteorites for online auction.

9. One meteor caused all kinds of problems.

The Chelyabinsk meteor that hit central Russia in 2013 had an impact so huge that the shockwaves caused by it were picked up by infrasound sensors on the other side of the world. 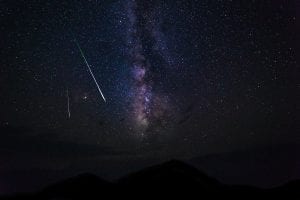 Meteorites land on the Earth almost every day! However, most of them end up falling in the oceans.

Astronomers have calculated that over 48 tons worth of meteor debris falls through Earth’s atmosphere every day.

Meteors are believed to originate from minor planets of the Solar System, asteroids. 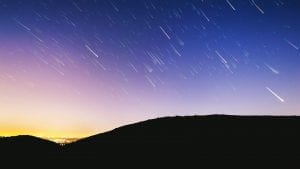 If a meteorite has a greater diameter than 10 meters, it is classified as an asteroid.

14. Never ask a meteorite its age!

A meteorite can contain some of the oldest known rocks of the Universe.

Most meteorites consist of iron-nickel metal and hence, they attract magnets. However, contrary to popular belief, meteorites are not radioactive. 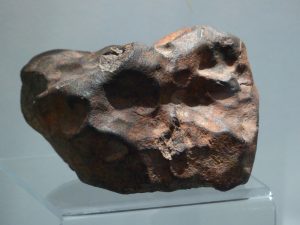 16. A meteorite has only struck a person once.

In 1954, a meteorite hit a woman named Ann Hodges in Oak Grove, Alabama. This is the only human injury ever reported from a meteorite impact.

Meteorites are not necessarily ‘hot’ when they fall to the Earth. Most of them have found to be coated in frost.

18. Did meteorites kill off the dinosaurs?

Scientists often theorize that a massive meteorite crash led to the dinosaurs becoming extinct. It is believed to have killed all living organisms including plants and animals in ancient times. 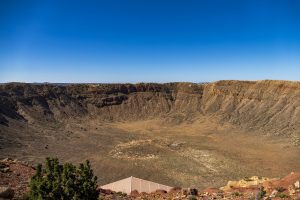 They can be. They are highly sought-after, with some people paying hundreds of thousands for them!

Who do I call if I find a meteorite?

You should ideally get in touch with your local college or a geological survey.

Is it illegal to sell meteorites?

Not technically, only really if you export them - however, a meteorite is the legal property of the owner of the land it hits.

They are, but not in greater levels than other rocks you'd find on Earth.

Do you know any fun facts about meteorites? Share them in the comments below!

Are you fascinated with learning more about the solar system? Check out these captivating facts about comets…