Miami is the seventh-largest metropolitan area in the whole United States of America, and you’ll find it on the west coast of Florida. This popular holiday destination draws thousands of visitors annually thanks to its fabulous beaches, great climate and its reputation for hospitality! Read on for some fun facts about Miami that might just inspire a visit.

Miami is the seventh-largest metropolitan area in the whole United States of America, and you’ll find it on the west coast of Florida. This popular holiday destination draws thousands of visitors annually thanks to its fabulous beaches, great climate and its reputation for hospitality! Read on for some fun facts about Miami that might just inspire a visit.

Miami is on the southeast coast of the Florida peninsula, bordering Biscayne Bay. It’s the most southerly large city in the states.

The city of Miami has in excess of 800 parks! The three most well known are Crandon Park, Matheson Hammond Park and David T Kennedy Park.

3. Watch out for the wildlife!

Being so close to nature makes Miami a dream for wildlife lovers. A broad range of wild animals have their home in these parks. Shark Valley is in the heart of the Everglades and is home to alligators, coyotes, wolves, and some venomous snakes! Biscayne Bay is one of the few places which is home to manatees.

The animals aren’t confined to the parkland, either! Armadillos, racoons, possums, and bats can all be found within the city limits! 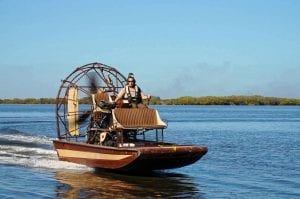 4. Miami has a female founder.

Miami is so far the only American city to have been founded by a woman! Julia Tuttle was an imaginative businesswoman with a flair for visualizing potential.

The name ‘Miami’ is named after the Mayaimi tribe. They have resided there since the 17th century!

Miami’s population grew rapidly from 1,000 residents to 5 million. Due to its speed of growth, Miami evolved quickly from being a simple village to becoming a city – thereby ‘skipping’ the stage of becoming a town! The population in 2020 was recorded as 442,241.

7. It’s the cruise capital of the US.

Undoubtedly a major attraction for many visitors to Miami is the amazing nightlife! Beach terraces and rooftop bars all compete for attention and cater for a wide variety of tastes. It’s thought by many to be one of the top ten places to visit in the US for nightlife fun alone.

Miami is well-loved by architects, historians, and design and engineering aficionados. In the 1970s, media coverage exploded as developers were thwarted by the MDPL. This proud group, the Miami Design Preservation League, fought against property developers. Opportunist development plans threatened some of the city’s most famous Art Deco buildings in order to build more modern structures – shocking stuff! 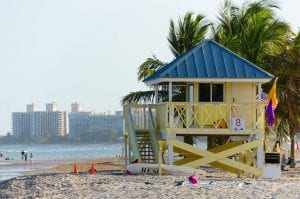 Miami is famous for being a hub for a huge range of both professional and non-professional sports. Naturally placed for many aquatic sports such as diving, water skiing, fishing, and sailing, Miami is also home to over 40 golf courses, as well as several racing tracks for both dog and horse racing. Basketball, hockey, tennis, football, bowling, and other sports are all popular too!

Miami boasts both a professional symphony orchestra and ballet company. These prestigious groups perform in the Miami-Dade County Auditorium, which also welcomes performers from all over the world. 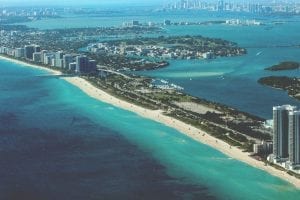 Does it ever snow in Miami?

Yes, it has snowed in Miami - but usually, snow melts before it reaches the ground! In January 1977, a whopping 300 million dollars in damage was caused by heavy snowfall, causing huge problems for agriculture.

Is it true Miami imported sand?

Yes, Miami is built on limestone, and the beaches were once suffering from depleting grains. In 2017, Florida decided to protect Miami’s natural asset! 285,412 tons of sand imported from the Caribbean were deposited in the mid beach area.

Is Miami safe for tourists?

For the most part, Miami is a fairly safe city, with only a few areas being truly risky. Police advise that tourists stay aware around landmarks as pickpockets are prolific. Aside from this, use regular caution, and have fun.

Do you know any fun facts about Miami? Share them in the comments below!

This page was last modified on September 15, 2022. Suggest an edit