Mice have an interesting reputation. While they may not be as reviled as rats, on the whole, they do still cause a fair amount of home damage if you let them! They have a propensity for nibbling through just about everything. That being said, they are also well-loved as pets, and of course, some of our most iconic cartoon characters – such as Mickey – are mice!

Here are a few fun facts about mice that you might not already know, whether or not you call yourself a fan!

1. Mice generally come out at night.

Mice are generally nocturnal, though it’s not unheard of for you to see a couple of them scurrying about during the day. They still make great pets!

2. There are more mice than you think!

It’s thought that there are around 30 different types of mice, though you will generally only find the same one or two species in your home if you’re unlucky!

Mice tend to have extremely long tails. In fact, some will grow tails as long as their bodies! 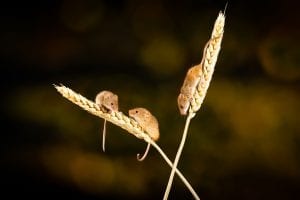 Mice eat constantly and generally set up their homes and nests close to sources of sustenance. The average mouse might choose to gorge itself up to 20 times a day! However, they often scurry about enough to burn off those calories.

In fact, even the fattest of mice can still squeeze through pretty tiny holes. For example, a mouse can get itself through a gap of around 6mm in size, meaning that even if you think you’ve sealed up a hole to be mouse-proof, you may be sorely mistaken.

6. They love the odd adventure.

Mice are also brilliant at climbing and scaling, and they can often climb up to 2m on a vertical surface.

You’ll also find that mice are pretty brave, on the whole. They will willingly head out and explore new territory without fear of reproach, though they are common prey for lizards, birds, and other mammals.

8. However, their sight tends to be lacking.

Mice tend to have pretty poor eyesight. That said, their other senses are fantastic, and they can still see fairly well in low light conditions.

9. The whole world’s a bathroom…

Mice tend to be a real nuisance when it comes to leaving droppings behind, too. Unlike other mammals, they will choose to scatter their leavings around and can drop up to 80 times per day. 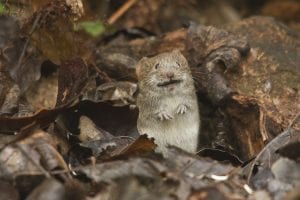 Mice aren’t generally eaten by people, however, there are areas in Africa where they are consumed as delicacies.

11. They’ll chew through all kinds of things…

We weren’t joking when we said that they can chew through almost everything. Mice have the ability to munch their way through electrics, which can of course cause all kinds of hazards.

Mice use their whiskers to scope out territory, as they can help them to find out more about temperature and whether or not surfaces are going to be smooth or rough. 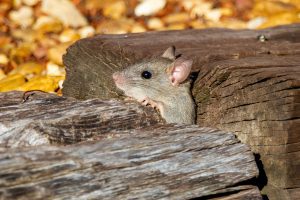 13. They actually organize themselves pretty well.

Despite mice tending to scatter leavings around, their own nests and burrows are actually fairly well-organized. That means it’s not totally unheard of for you to find a mouse home that’s split up into rooms and areas for specific purposes!

Mice can, like many rodents, carry harmful diseases and bacteria that can make people very ill. Therefore, it’s a very good idea to keep the mouse population down!

Where do mice go during the daytime?

Mice tend to build nests that they retreat to when they’re not out scavenging. They’ll build their nests just about anywhere - normally from all kinds of soft material or detritus that gets thrown away by people.

How do you find a mouse nest?

Mice nests tend to appear in dark, unused spaces - so gaps in the walls, unused drawers, you name it - get looking for mice!

Do you know any fun facts about mice?  Share them in the comments = below!

This page was last modified on January 6, 2022. Suggest an edit