Ok – mortgages might not be amongst some of the most fascinating topics out there, but they are an essential part of millions of daily lives. In fact, signing up for a mortgage is likely to be one of the biggest and most important parts of your modern life. Not everyone takes on a mortgage, but to be able to feasibly own a home and to run it while living on a standard wage in the UK, you are going to need to take the time to pay off the cost of a house over a set period.

But what are some fun facts about mortgages you might not be aware of? Before you start signing anything on the dotted line, make sure to read our fact file below for the full breakdown.

There are probably more people with mortgages in the UK than you might expect. Based on data from 2019, It is thought that people owed around £1.4 trillion on house payments countrywide. What’s more, almost 11 million mortgages were outstanding in the middle of the year. That’s a lot of people trying to pay their way through home ownership.

2016 was a huge year for mortgage borrowing. After all – that’s literally what mortgaging is – borrowing money to pay for a house! The total money borrowed for mortgages in 2016 alone came to more than £245 billion. It’s safe to say that this is a major slice of the economy! 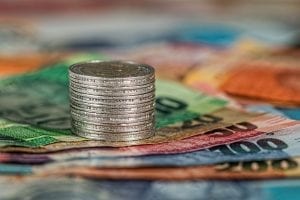 Applying for a mortgage means you have to present all kinds of evidence to show that you will be able to pay back your debt when a lender demands them. However, if you run your own business, it is likely that you will find it harder than most to find a good deal. It is not impossible, but you will need to prove to lenders that your business rates and income are regular enough to pay for the repayment demands.

4. What does mortgage even mean?

Mortgage itself is a word that’s changed meaning over the years. Initially, the word was actually used to tie in with marriage. The first known use of the word mortgage appeared as ‘mortgage’ in Confessio Amantis, an ancient poem that dates all the way back to the 14th Century.

5. Got a red door? It means something mortgage-wise.

Did you know that some people paint their doors red in Scotland as a result of mortgage status? This isn’t set in stone, but tradition dictates that Scottish homeowners will paint their front doors in a nice shade of red when they’ve been able to pay off their mortgages. This is a bit of an achievement, so why not show off? We can’t blame them!

6. Mortgages can be confusing.

Statistics surrounding people’s understanding of mortgages are a little scary, to say the least. Studies undertaken by CNN Money, for example, showed that around a third of people were unclear on the meaning of APR. This is pretty crucial knowledge if you are going to borrow any kind of money from anyone, truth be told! 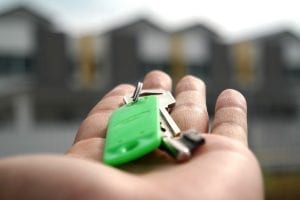 Believe it or not, having a clean or non-existent credit history might actually harm your chances of claiming a mortgage. Ultimately, lenders are going to want to see that you are true to your word when it comes to paying the money back. To do this, you are going to need to show that you have been able to pay back credit cards, loans, and otherwise in the past!

8. They’re actually lower than they used to be.

Mortgages are actually likely to be much lower nowadays in terms of rates – certainly compared to 40 years ago. In the US in 1981, it’s thought that average interest rates reached as high as 18.45%. This means that homeowners with properties worth more than $250,000 were expected to pay back at least $3,000 per month!

Mortgage rates are, however, famous for being volatile. That means it can often be hard to know when is best to take out a mortgage at all. Volatility refers to how often rates can go up and down, meaning that just because you think you see a pattern emerging in pricing, that’s not necessarily going to always be the case. It’s therefore worth keeping a close eye on the markets to see if any big spikes or dips occur.

Do you know any interesting facts about mortgages? Share them in the comments below!

This page was last modified on January 5, 2022. Suggest an edit