Mount Everest is one of the most commanding natural peaks on the planet – it really does have a big reputation to work up to! As such, there are plenty of interesting figures and statistics about the mountain that are worth remembering. Here are some fun facts about Mount Everest you might want to remember for the next quiz.

Mount Everest is absolutely the tallest mountain on Earth. It’s more than 29,000 feet tall, or almost 9,000 meters tall. A jumbo jet will normally cruise over the top. It’s truly enormous!

Many people have attempted to climb Mount Everest and several have succeeded. It was first climbed successfully by Sir Edmund Hillary and Tenzing Norgay back in May 1953.

It has to be said that many people who have climbed Mount Everest have sadly died on route to the top. It’s estimated that 300 people at least have died on route. 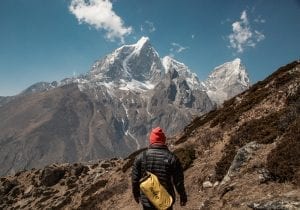 4. Your Everest pack is going to need lots of supplies.

Mount Everest climbers need to pack some seriously heavy bags if they want to make it to the top. On the whole, you can expect to multiply your average mountaineering pack by four or five times when taking on Everest!

Sherpa guides, who help people to ascend mountains such as Everest, make a lot of money from aiding would-be climbers. It’s thought that the most successful Sherpas can claim more than $5,000 per trip.

There are 14 mountains – total – in the world that are taller than 8,000 meters in height – and Everest, of course, is the biggest.

7. It claimed its world record in the 19th century.

The mountain’s status as tallest ever was first recorded (ergo ‘discovered’) as late as 1852 by Radhanath Sikdar.

8. Who was the mountain named after?

The mountain was named after geographer Sir George Everest, but he never actually saw the peak himself.

Climbing Mount Everest is a very costly endeavor. It’s thought that you could end up spending as much as $90,000 to attempt it! 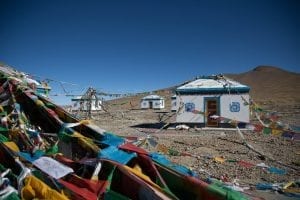 Climbing up Mount Everest is a matter of mathematics and timing as much as it is sheer effort. You’re going to need to try and get up to the summit by early afternoon or risk getting caught in the worst temperatures – try climbing any later in the day, and you are at risk of getting stuck, getting blown off, or even freezing to death.

11. Thousands of people have gone the distance.

More than 5,000 people have successfully made it to the top of Mount Everest – it is a very special club that only the bravest of adventurers can hope to ascend to.

Kami Rita Sherpa is the record-holder for the most trips to the summit of Mount Everest. He’s been to the top at least 24 times at the time of writing. 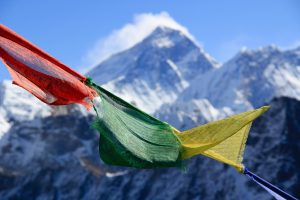 It’s known by a different name in many other languages. For example, in Nepali, it’s known as Sagarmatha. This translates into ‘Sky Goddess’. It’s known as Chomolungma in Tibetan, which means ‘Holy Mother’.

Want to reach the fabled summit of Mount Everest? Prepare for a trip to last you up to a month and a half! 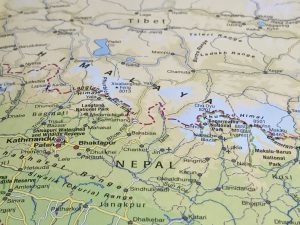 Map of Tibet and Nepal showing the Himalayan Mountains and the location of Mt. Everest

Yes, weirdly enough, Mount Everest actually grows around 4mm a year. That’s thanks to shifts in the tectonic plates!

How many times did it take Sir Edmund Hillary to get to the top of Mount Everest?

Sir Edmund Hillary finally reached the summit of Everest with Tenzing Norgay on the third attempt - so three really is the magic number.

When is best to try and climb Mount Everest?

Expert climbers - and any member of the summit club - will tell you that the best months of the year to climb Everest are May and September. That’s because you’re most likely to avoid the harshest weather in these periods!

Do you know any fun facts about Mount Everest?  Share them in the comments below!

This page was last modified on January 15, 2022. Suggest an edit