To many people outside the US, Mount Rushmore might just be known as the monument with all the faces – but, as you can imagine, there is much more to this grandiose structure and natural feature than that!
There are likely to be plenty of facts and figures many of us don’t know – which is why we have gone on a fact finding mission to track down some of the most intriguing bits and pieces about the facial skyline! Here’s some fun facts about Mount Rushmore to clue you in.

1. What’s the deal with Mount Rushmore?

Mount Rushmore is found up in the Black Hills of South Dakota in the US. It’s a sculpture actually devised by Doane Robinson, a historian who wanted to transform the hills into a landmark. Specifically, he wanted to try and bring more tourists into South Dakota, and almost 100 years later, three million people each year head to the hills to look up at the Presidents.

2. The Presidents were added last minute.

Mount Rushmore nearly didn’t feature Presidents at all. In fact, Robinson wanted to include other legends of yesteryear, including the world-famous explorers, Lewis and Clark.

While Robinson devised Mount Rushmore, it was also largely the work of Gutzon Borglum, a famous sculptor, and designer. 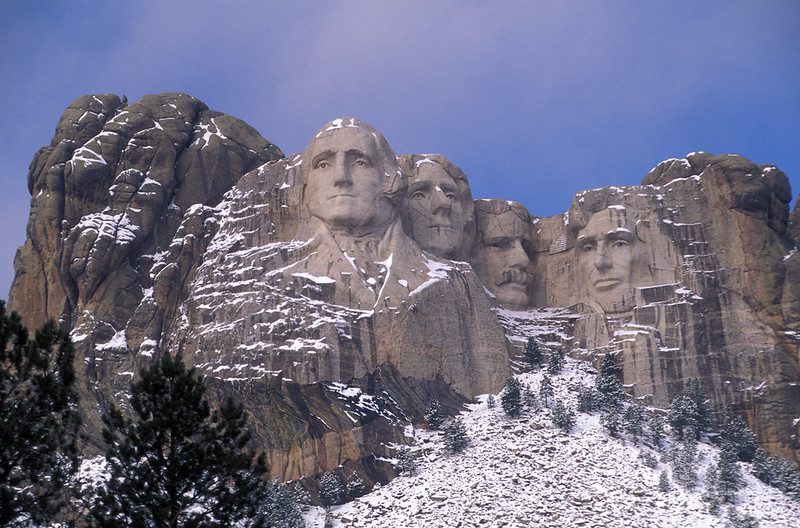 4. Who are the Presidents in Mount Rushmore?

There are four Presidents carved into Mount Rushmore – Theodore ‘Teddy’ Roosevelt, George Washington, Abraham Lincoln, and Thomas Jefferson. They are four of the most iconic Presidents in US history and are therefore fitting choices!

5. It’s named after someone completely different.

Mount Rushmore is, interestingly named after a lawyer. Specifically, it is named after Charles E Rushmore, who visited the hills only to learn that a specific peak didn’t have a name. “It never had a name, but from now on we’ll call the damn thing Rushmore,” he stated.

6. Rushmore even helped with his namesake.

In fact, Rushmore helped to fund the project with a then-princely $5,000. He was amongst the first donators to help get the carving off the ground.

The building of Mount Rushmore was a gargantuan effort. In fact, in the main, it largely involved blasting granite free from the side of the mountain. Initially, the team involved used drills and jackhammers. However, at least 90% of the granite taken out of the mountain was removed through use of dynamite!

The whole project – in old money – cost almost $1,000,000. In fact, they finished just under eight dollars short of the million. Now that’s budgeting!

While Mount Rushmore was devised in 1923, it wasn’t actually finished until 1941. In fact, the original chief sculptor – Gutzon Borglum – passed away before he could see the final results. Therefore, his son Lincoln took over the helm and finished the project with his team, taking a further nine months to finish the touches. 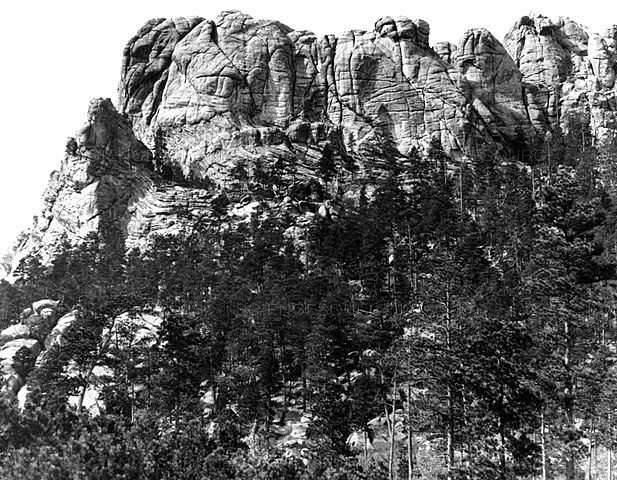 Mount Rushmore stands tall above sea level – it’s around 5,725 feet above the water. Its incredible location means that it gets a lot of sun, and what’s more, it is grand enough to be seen by all from miles around.

The actual structure is – at last measurement – 60 feet high. The Presidents’ eyes alone are said to be around 11 feet across, but we won’t blame you if you just want to take our word for that!

There’s a room behind Lincoln’s head which, bizarrely, is impossible for the public to reach. It was originally thought that this room would host historical records, turning it into a visitor center of sorts. The room hosts all kinds of information about the project – but without any kind of physical staircase, visitors to the site have no way of seeing it.

12. Full bodies were once part of the plan.

Initially, plans were for the sculpture to feature the Presidents fully waist-up. However, budget reasons meant that they stuck with the heads. Arguably, it might be more iconic as a result. 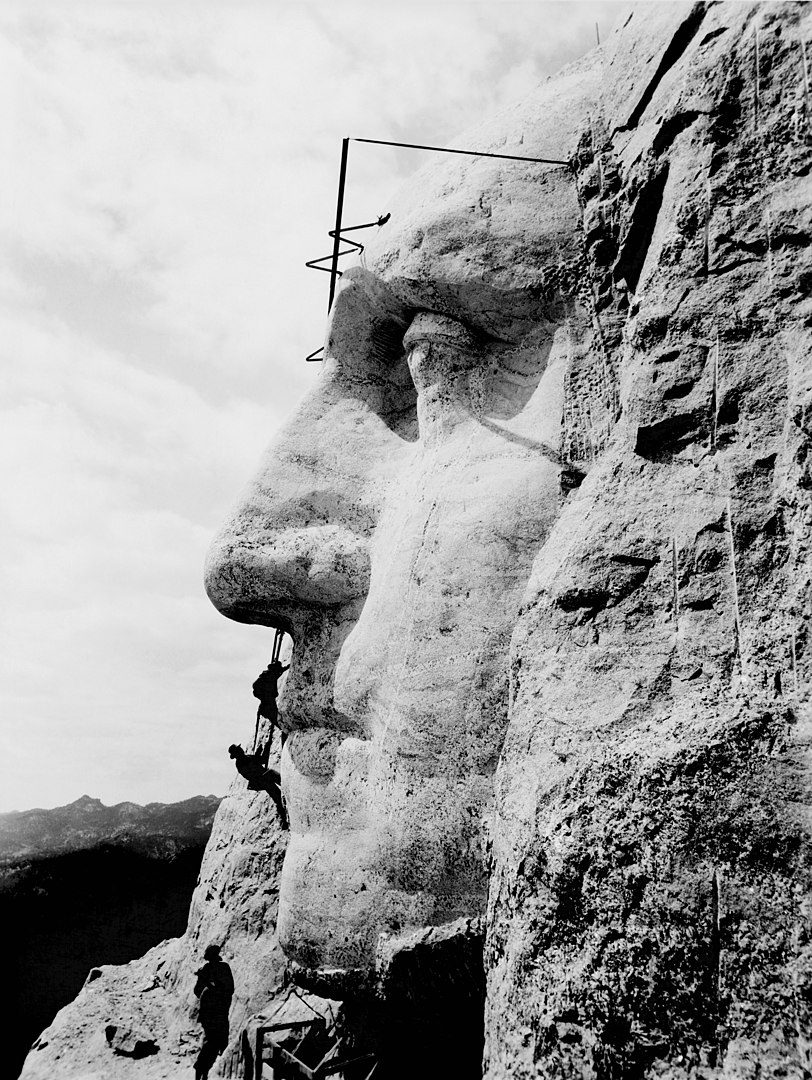 13. It took a lot of precarious work.

The process of sculpting and actively completing Mount Rushmore was a tricky one. It often required workers to dangle down at precarious angles on just a steel wire and chair.
However, miraculously, no one died through the building of the monument – though it’s thought that inhalation of silica dust led to some of the workers passing away later in life.

14. Washington has an extra bit of nose!

Borglum supposedly added an extra foot to the nose of George Washington in an attempt to account for future erosion. 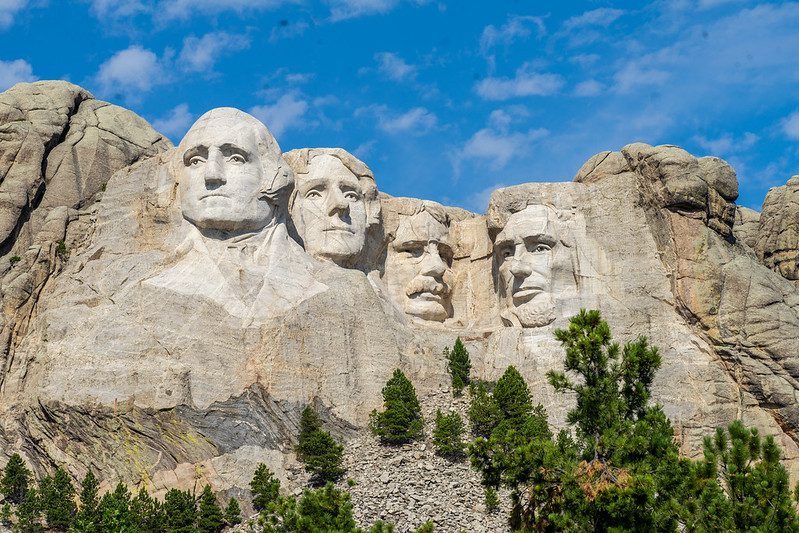 Was there a fifth face at Mount Rushmore?

Technically, yes - it belongs to Benjamin Black Elk, a leader of the local Sioux community - but he wasn’t actually built into the rock, he used to show up in person!

Can I climb Mount Rushmore?

No - it’s banned - you can climb rocks elsewhere in the resort, however.

Does Mount Rushmore sit on a gold mine?

No - there’s no gold hidden under Mount Rushmore, no matter what the legends say!

Do you know any fun facts about Mount Rushmore? Share them in the comments below!