Talk about a widely disputed territory and a highly controversial topic. There is no denying the fact that how misunderstood the concept of feminism is. But that’s just not it. Feminism is not only misunderstood but is also maligned and condemned by many. What triggers this meaningless hatred against feminism is not hidden from anyone. We know for a fact that the internalized patriarchy and misogyny are to blame for this. Also, the reluctance of people to evolve and accept the equality of all genders. This is the attitude of people towards feminism in general. Now, imagine it being associated with Islam. Double the controversy, double the criticism. 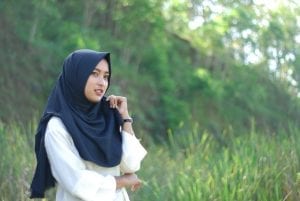 Let’s add more controversy to the already controversial topic. Let’s talk about Islamic feminism. Yes, I’m referring to foreign propaganda, or a “yahoodi saazish” to be precise. Many people find it hard to digest that there could be such a thing as Islamic feminism or Muslim feminists. Although it’s advancing at a significant pace in Muslim countries yet there are many Muslims who are still bashful of the concept of women equality. They find it a threat to their Islamic teachings and values. They are unwilling to accept that a woman can be equal to a man in any way possible. What’s worse is that they base their ludicrous arguments on Islam and believe that Islam condemns feminism.

Funny how they use Islam, the ultimate advocate of equality, as their shield to defend their moronic and irrational contempt for feminism. Talk about the irony! It’s clear they simply don’t want to accept that Islamic feminism is a thing and Muslim feminists exist. Here I have put together some basic facts about Muslim feminists to smash the widespread misconception against them. 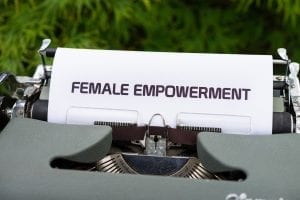 What else could be on top of the list of the facts about Mulism feminists than the existence of Muslim feminists itself? Yes, Mulsim feminists exist, and yes, Islam and feminism go side-by-side. As much as many would like to turn a blind eye to Islamic feminism, this still remains a fact that, yes, a Muslim can be a feminist. To simply put it, Muslims asking for equality for all genders in different areas of their life is what makes them feminists. Now, what’s so complicated about it? What’s so haram about it? Why asking for equality can be so contentious? Anyone who condemns Islamic feminism is simply implementing that Islam doesn’t maintain equality among all the genders, which is not true. So, whether you accept it or not, Muslims can be feminists without them being disregarding the teachings of Islam.

This has to be the most important thing Muslim feminists strive hard towards. Islamic feminists argue that Islamic teachings and the Quran have been historically interpreted in a misogynistic and patriarchal way. Islamic sharia and laws are implemented in a way that favors male-dominance. This is the downright exploitation of the Quranic teachings, and all for what? Only to support and maintain patriarchy in society? Muslim feminists have taken it upon them to work towards the true representation of Islam and its teachings especially when it comes to equality of all sexes. 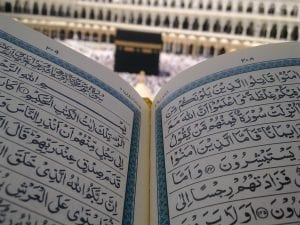 This is the first and the crucial step to rupture the misconception regarding feminism, as it’s the flawed interpretation that anti-feminists exploit to back their counter-arguments with. Moreover, the misogynistic interpretation portrays the negative image of Islam in the international community, and apparently, the anti-feminists don’t really care about it. It’s the cost they are willing to pay to deny people especially women of their inherent equal rights. Muslim feminists, however, refused to do so. They oppose it. They know what equality can mean to anyone who has been deprived of this. They know how the patriarchal interpretation of the Quran can tarnish the image of Islam globally. Therefore, they struggle for change and to protect the image of Islam from being distorted and tainted.

Muslim feminists endeavor to achieve equality for all irrespective of sex. They believe in equality for all humans. The discrimination against any human being is utterly unacceptable. Be it male, female, or anyone whose sexual anatomy does not fit the binary ideas of female or male, they are equal as humans. They are equal socially, economically, and politically. 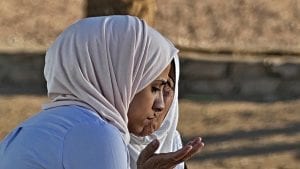 Islam, the true embodiment of equality, condemns discrimination of all forms. No human is considered superior to others on any grounds except for piety. Muslim feminists, clearly, advocates the same. They endeavor to abolish and uproot all forms of discrimination. Gender, sexuality, education, ethnicity, age, culture, class, race, language, and age of anyone can in no way become the reason for disparity against them. These differences give no one a right to treat others differently or to demean them. Muslim feminists raise their voices against such inequalities making feminism an intersectional movement that denounces all the existing forms of discrimination. 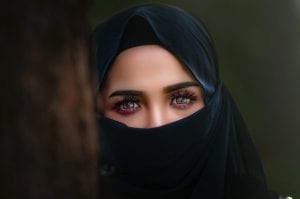 5- Not a western propaganda

This needs to be understood that feminism is not a Western phenomenon. The reason why many Muslims condemn and attack the Muslim feminists is that they reckon Islamic feminism to be an exponent of Western propaganda. However, this is nothing but their excuse to vilify and deprecate the concept and the movement. Muslim feminists are not the proponents of any kind of foreign propaganda.

There is so much more, that you can learn about feminism and its standing in Islam. Learn Quran online from a reputable site to learn what the Quran says about feminism.