Nelson Mandela was one of a handful of people considered icons of the 20th century. A political prisoner, Mandela became the face of oppressed people during South Africa’s apartheid. For many, he was a savior, and no one can deny that his work changed the way South Africa is run for the better, hopefully forever. Here are some fun facts about Nelson Mandela you’ll want to remember.

Although we all know him as Nelson Mandela, his real first name was Rolihlahla. It actually means “troublemaker”, and for many, he was!

2. Why was Nelson Mandela’s name changed?

On his first day of school, Nelson Mandela’s teacher gave him and each of the students an English name. He was therefore known as Nelson from then on.

3. Why do some people refer to Nelson Mandela as “Madiba”?

The name “Madiba” is actually a clan name. In his autobiography, Mandela stated that that name often referred to him as a sign of respect. He’s widely regarded as this name, still, many years after his passing. 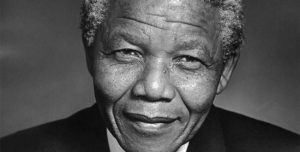 4. Mandela was an icon in a long fight.

Nelson Mandela was born on July 18th 1918 and died on December 5th 2013. He is known for having been a leader in the challenge of apartheid in South Africa. He started his work in the 1950s and fought until the end of apartheid.

5. He had legal training.

Before becoming president, Nelson Mandela was famously a lawyer! He worked in Johannesburg, having studied at the University of Fort Hare and the University of Witwatersrand. His experience with the law helped him better understand the laws that created racial segregation in the country.

Nelson Mandela was infamously imprisoned for over two decades. He spent 28 years in prison for conspiracy and treason. This took place during the outlawing of the African National Congress.

On February 11th, 1990, the laws forbidding the African National Congress were lifted. Nelson Mandela was finally released from prison! His fellow ANC members who had been imprisoned were also released and went on to create their own political party, with Mandela at the lead!

8. He was a Nobel Prize winner.

In 1993, Nelson Mandela won the Nobel Peace Prize for his work in breaking down apartheid in South Africa. He accepted the award with Frederik Willem de Klerk, who was also honoured for his work terminating apartheid.

9. He then took over South Africa himself!

Nelson Mandela became the President of South Africa in 1994. He served for five years, ending his presidency in 1999. 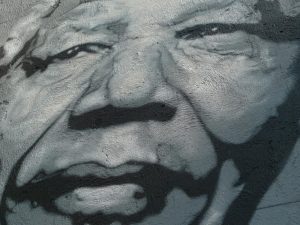 10. He had an extensive family!

Nelson Mandela was also known for having a big family! His most famous wife was Nomzamo Winifred (Winnie) Zanyiwe Madikizela, who he married in 1958 and divorced in 1996. However, he also had two other marriages, six children, and seventeen grandchildren!

What was Nelson Mandela most famous for?

Nelson Mandela is largely considered to be the father of modern South Africa. His work in abolishing apartheid changed the way his country was run and the way his countrymen were treated. He left a legacy of equality in the country that will hopefully endure.

How did Nelson Mandela die?

Nelson Mandela died on 5 December 2013. The former South African president died of a respiratory tract infection. He was 95 years old when he passed away.

What is the Nelson Mandela Foundation?

The Nelson Mandela Foundation is a world-famous non-profit organization that focuses on preserving the memory and legacy of Nelson Mandela. Nelson Mandela initially funded the foundation in the hope of promoting his vision of freedom and equality across the world.

Do you know any interesting facts about Nelson Mandela? Share them in the comments below!