Nelson’s Column remains one of London’s most famous historical artifacts. Not only is it stunning to look at, its history is always worth dipping into! With that in mind – how much do you actually know about the monument?
Let’s take a few moments to look at some fun facts about Nelson’s Column which might just boggle your mind.

Nelson’s Column cost £47,000 to build. That might not sound like much, but this was 19th century money. Taking into account inflation, this compares to around £5 million in modern money!

2. Money for the building came from various sources.

While money for the Column came from various places and parties, the Russian Tsar contributed over 25% of the money himself.

3. Its home is very fitting.

The Column, which of course depicts Admiral Horatio Nelson at the very top of the pedestal, looks towards Cape Trafalgar. Fittingly, it’s also built on Trafalgar Square.
Why is this fitting? If you already know a thing or two about Admiral Nelson, you’ll remember that he led the British to victory in the Battle of Trafalgar in the early 19th Century. It was here where Nelson gave his life, and therefore, the Column has stood since 1840 to commemorate his actions. 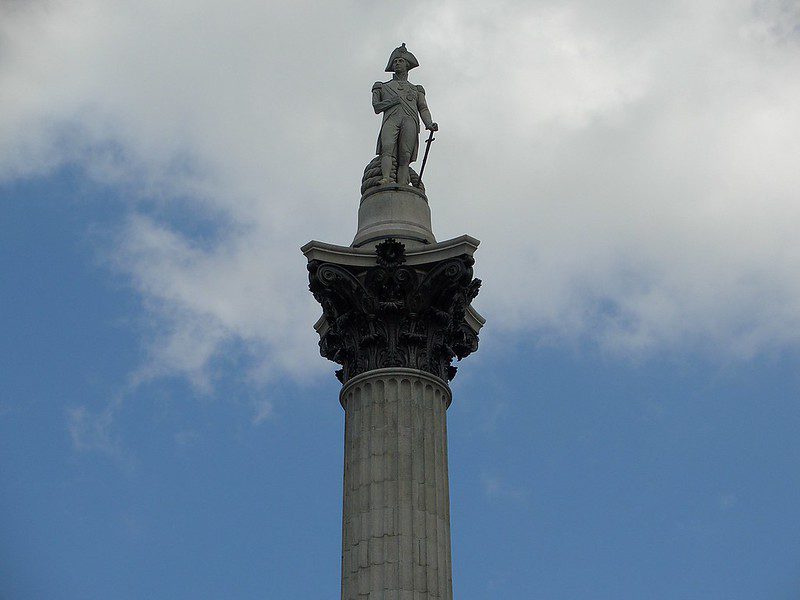 4. Hitler wanted it for himself.

Nazi Germany had designs on the Column during their raids of the Second World War. It’s thought Adolf Hitler wanted to avoid bombing the monument so he could seize it and airlift it to Germany should his London raids have pulled off.

The Column fell prey to a lightning strike in 1896. Many people worried that the statue and the Column would need extensive repair. However, thankfully, it survived with a simple chip on the shoulder!

7. The lions came along a while afterwards.

Nelson is also famously flanked by four lions made in bronze. However, these were introduced in 1867, long after the Column was first erected.

8. The lions have their own personalities.

If you look carefully, you’ll see that the lions aren’t actually identical! It’s not always easy to spot, but there are slight differences in their faces and expressions.

There have been extensive attempts to try and stop people from climbing and sitting on the lions. This is because you can see slight damage from across the years. If you ever visit Trafalgar Square yourself, make sure to avoid scaling the lions. 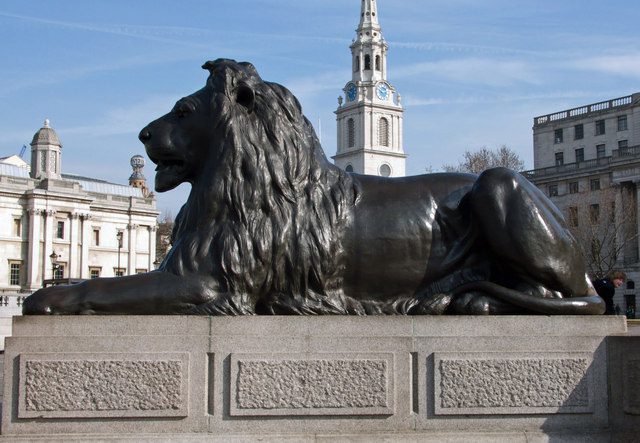 10. Nelson and his Column are made from different things.

The Column itself is Dartmoor granite, while Nelson’s statue is built in sandstone.
The Column has actually seen climbers multiple times. In 2003, a protestor actually parachuted from the top!

The Column is also well-known for its panels at its base. These panels are made from melted guns of captured French artillery. 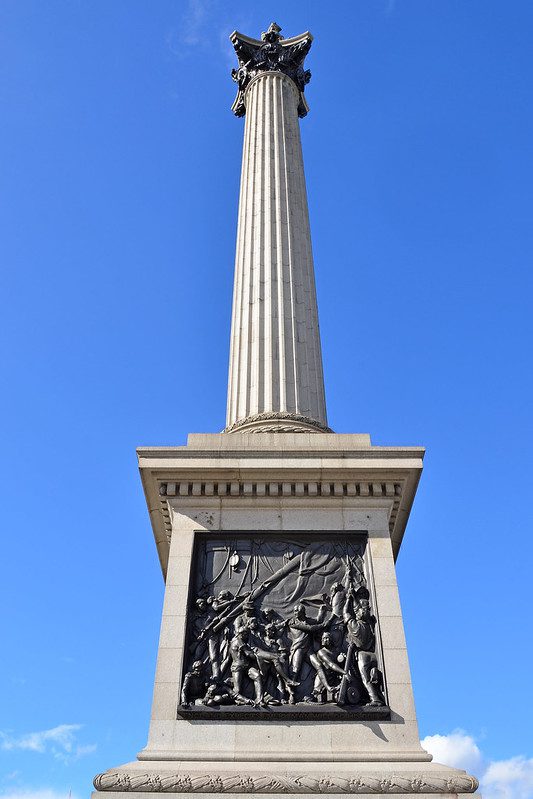 What do the four lions surrounding Nelson’s Column represent?

The four lions spread around Nelson’s Column are said to represent heroism and bravery - fierce animals should do it!

Why is there an empty column near Nelson in Trafalgar Square?

It’s not intentional - at least, it was due to be filled, but was left empty as the initial plans to fill the space didn’t transpire as a result of a lack of money.

Did Nelson really lose an eye at the Battle of Trafalgar?

No - however, he did lose sight completely in his right eye during the battle.

Do you know any fun facts about Nelson’s Column? Share them in the comments below!