From casinos and magic shows to wild horses and deserts, Nevada sure has a lot to offer! It is arguably one of the most famous states in the US, and with good reason! The Silver State has had a rich history and is making plenty more every day. But how much do you know about this incredible state? Here are some fun facts about Nevada!

The famous city of Las Vegas is known for its big lights, shows, and gambling, but did you know that it also has a bit of a fishy secret? The visitors and inhabitants of Las Vegas consume about 22 million pounds of shrimp every year! That is more per capita than any other city in the country and in the entire world!

2. The state symbols are flighty and spiky.

The Nevada state bird is the Mountain Bluebird. The state flower is the sagebrush. That’s right, the big spiky plants you see in films in the desert! 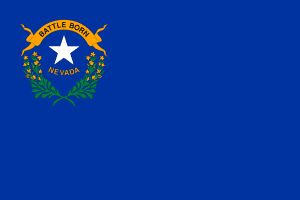 4. Tourists flock from all around.

Nevada receives a lot of tourists each year thanks to cities such as Reno, Boulder City, and, of course, Las Vegas. In fact, it was reported that Las Vegas received a whopping 42.5 million visitors in 2019!

Tourism isn’t the only major player in the Nevada economy, however. The state also relies on agriculture, mining, and entertainment. And, with world-class performers bringing tourists in from all over the world to Las Vegas, it’s no wonder that entertainment is so important to their economy!

With over 150 ranges, Nevada is also known for having the most mountain ranges in the whole of the United States. The highest range reaches a peak of 11,788 feet.

8. It achieved statehood around the middle of all the territories.

Nevada officially became the 36th state of the United States in 1864. Its capital city is Carson City, and its common abbreviation is NV.

Nevada is also commonly known as the “Silver State”. It gained this nickname back in 1859 when there was a migration boom in the area due to the recent discovery of silver. 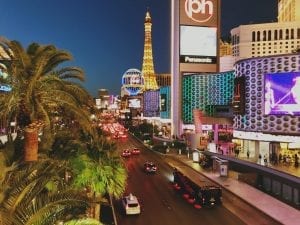 We also have Nevada to thank for some of our favorite items of clothing, our jeans! Blue jeans were invented by Jacob Davis in Reno, Nevada, during the 19th Century.

What is Nevada famous for?

Nevada is famous for its incredible desert landscapes and vibrant nightlife. It is particularly well-known for its world-famous city, Las Vegas! This state also has a rich history and plenty of events every year to make it worth a visit!

Is Nevada a warm state?

What is the coldest month in Nevada?

The cold season in Nevada lasts for just over three months. It usually lasts from about November to February. The coldest month is usually December, with an average low temperature of about 39º Fahrenheit and at its warmest about 58º Fahrenheit.

Do you know any fun facts about Nevada?  Share them in the comments below!

This page was last modified on January 12, 2023. Suggest an edit