New Jersey is a coastal US state heading up towards the North East, home to many famous landmarks and buildings that the wider country is otherwise famous for across the world. It backs onto New York, which is why for some outsiders there may often be confusion over the two states!

However, there’s lots to learn, and in this fact file, we’re going to break down some of the most fun facts about New Jersey with some statistics and details.

New Jersey has the honor of being the most densely populated state in the whole of the USA. It houses around 1,030 people per square mile, with all but 10% of these people living in urban, built-up areas.

2. And not just with people!

It’s also densely packed with railroad systems and roads, too. In fact, the state also holds the record in the US for being the most densely packed for highways.

There’s a volcano in New Jersey – believe it or not! You’ll find it down in Sussex County. The Beemerville volcano isn’t active anymore, to the point where people have built communities leading up and around it.

It’s not blown its top for over 400 million years. Let’s hope it’s not due again! 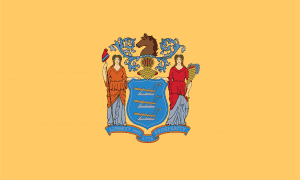 New Jersey doesn’t have a state song, officially, which makes it a unique case. It’s thought that the original candidate for the regional tune, ‘I’m From New Jersey’ was written with this sole purpose in mind – by tunesmith Red Mascara – but no officials ever wanted to adopt the ditty.

Undeterred, Mascara plugged the song all the way up to 2015, when he passed away at the age of 92 years old.

New Jersey is known just as much for its city density as it is for its seaside. In fact, it’s thought that Cape May, NJ, was the first seaside resort of its kind in the US.

6. Under the boardwalk… down by the sea!

Atlantic City, of course, is well-known for its boardwalk. It’s in fact the longest boardwalk on the planet, giving you an extra reason to come and tread the boards.

Baseball has a strong place here, as it’s thought that players started pitching in Hoboken, NJ. Therefore, many New Jersians will likely tell you the state is the birthplace of the modern game.

The legend of the Jersey Devil, of course, stems from the state. It’s thought that a hellish creature, with hooves, red eyes and the head of a horse, once haunted the people here in the 18th Century. In fact, people still report sightings to this day!

New Jersey is also home to the first-ever submarine voyage. That’s because the first launch and ride took place in the Passaic River! 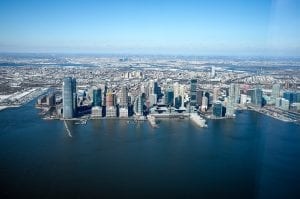 Camden, NJ, was home to the first movie theatre with a drive-in. It’s an American staple you’ll still find across the US.

11. And your bizarre fact for the day is…

New Jersey is, believe it or not, passionate about spoons. You’ll find a full Spoon Museum here, which houses more than 5,000 of the implements from all over the globe.

What is New Jersey most famous for?

New Jersey is likely most famous for its beaches and its incredible culture - as well as being full of people!

New Jersey sometimes gets the nickname of the Garden State, which it first received back in 1876.

What does the average household earn in New Jersey?

Do you know any fun facts about New Jersey? Share them in the comments below!