New Year’s Eve is a pivotal point in the calendar for many people all over the world. An excuse to celebrate and let your hair down, it’s often celebrated with bottles of bubbly, fireworks displays, and songs to remember faraway people by. It’s generally one of the final celebrations of the Christmas period, too, leading up to Twelfth Night in January.

NYE, as it’s often abbreviated, is one of the most curious and popular global celebrations. In this fact file, we’ll take a look at everything you need to know about the event, including where you can see it first, and which country chooses to stagger their celebrations a little further ahead. Any idea how much the famous Times Square ball actually weighs? Keep reading, and we will fill you in on all of this, and more besides – here are some fun facts about New Year’s Eve.

However, did you know that the Romans used to celebrate New Year on March 1st? This is because January and February were late additions. The year used to run between March and December.

Therefore, New Year’s Eve has always been December 31st going back as far as calendars have existed!

Sydney, Australia, is amongst the first cities to celebrate the New Year, thanks to its time zone ahead of many territories.

This means that you can essentially watch New Year’s Eve take place during the day in the UK if you are watching displays via satellite in Australia!

Up to a billion people worldwide watch the famous ‘ball drop’ take place in New York’s Times Square. This is where a large, glittering ball is dropped down a pole when the countdown starts. By the time the ball reaches its base platform, it’s New Year! 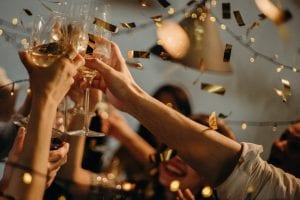 A million people have gathered at New Year celebrations at Brandenburg Gate, Berlin, Germany, in the past.

5. There are also big celebrations in Dubai.

In Mexico, more grapes are sold prior to New Year’s Eve than at any other time of year. This is because it’s traditional in Mexico to eat a grape at each of the twelve seconds counting down towards New Year!

Italian people often choose to wear red underwear on New Year’s Eve as they believe it to bring them good luck for the year ahead.

In Japan, bells are rung 108 times at Buddhist temples across the country. This is because Buddhists believe this will help to rid people of 108 sins.

There is a particularly famous bell in Tokyo, too – the Night Bell – which plays a big part on New Year’s Eve.

9. Even the outer reaches celebrate NYE.

Icestock is a music festival that’s held on New Year’s Eve in a pretty unique location – the Antarctic! 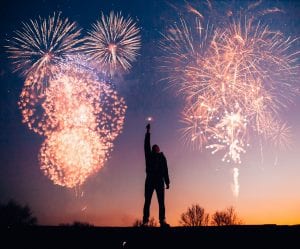 10. Hong Kong makes a big thing of the evening.

In Hong Kong, Victoria Harbor famously lights up in an incredible array of fireworks on New Year’s Eve. However, the harbor is well-known for its light displays which take place every night across the year!

In Paris, France, the iconic Eiffel Tower is lit up on New Year’s Eve. It’s also possible to see fireworks sparkling along the River Seine, too.

12. Burning off the bad karma.

In Colombia, many people make dolls and effigies to burn and sacrifice on New Year’s Eve! These dolls are referred to as ‘Mr. Old Year’. The aim is to set the doll on fire at midnight and to help rid yourself of any bad memories or karma from the year just passed. 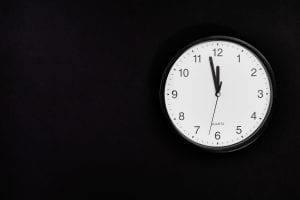 ‘Auld Lang Syne’ is a hugely popular song sung by New Year’s revelers all over the world. It was written by legendary Scottish poet Robert Burns in 1788.

The song translates roughly into ‘Times Gone By’. It’s traditionally sung in honor of those family members and friends who are far away.

This is part of a popular tradition in Scotland at New Year, too – called Hogmanay. This involves pieces of coal, ‘first-footing’, and traditional poetry.

Champagne, on the whole, is considered the most popular drink at New Year celebrations.

15. Fireworks always light up the sky.

More fireworks are lit across the globe during New Year’s Eve celebrations than in any other 24-hour period. 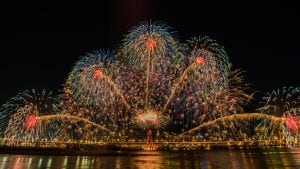 A technical glitch prevented space shuttles from flying at all during New Year’s Eve – this was a computer calibration error that wasn’t fully ironed out until 2006!

The global sequence of New Year’s Eve celebrations is pretty easy to work out when you look at a map. Countries to the west of the longitudinal dateline are going to experience the New Year first!

18. What are your resolutions?

New Year’s resolutions are fairly common all over the world. It’s customary to come up with a list of promises you make to yourself before midnight on New Year’s Eve. It’s considered bad luck by some to break them – so make sure you choose wisely if you are setting some resolutions for yourself! 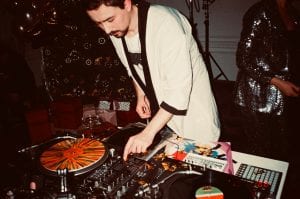 The Times Square NYE ball is heavier than you might expect, but it’s also likely to be glitzier close up than you might assume, too. In 2018, it was covered in Waterford crystals!

This, as you can imagine, really added to the overall weight and bulk of the ball. This time around, it weighed approximately 11,875lbs!

20. The ball’s been bouncing for over a century.

The NYE ball drop is actually not a new tradition. It’s been happening for well over a century, starting in 1907.

21. The ball rarely ever takes time off.

There are only two years in which the ball wasn’t dropped at all. These were 1942 and 1943 and were postponed due to the Second World War. The ball was dropped in 2020 – but for the first time, no one was in attendance as a result of the COVID-19 pandemic. 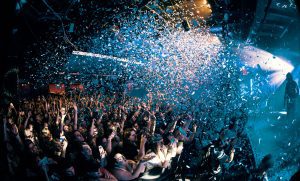 22. Nearly everyone knows the occasion.

New Year’s Eve is one of few celebrations which translates all over the world. While Christmas translates hugely all over the planet, most cultures use the Gregorian calendar. New Year is commonly seen as a chance for good luck and fresh starts.

However, Chinese New Year is slightly different. This normally occurs every February! Therefore, it’s entirely possible for you to spend New Year twice a year.

Is it lucky to eat cabbage on New Year’s Eve?

Weirdly, yes. If you don’t fancy that, try some ham and peas - superstitions, huh?

Why do we celebrate on New Year’s Eve?

We celebrate the year gone by and the year still to come - a great time for hope and reflection.

What shouldn’t you ever do on New Year’s Eve?

Do you know any fun facts about New Year’s Eve? Share them in the comments below!

This page was last modified on December 31, 2022. Suggest an edit