This state, up in the North East, is home to some of the most iconic landmarks, locations and venues in the whole of the US. It is also very commonly seen on TV and film, meaning that there’s a good chance NYC, and its state, are the first things non-Americans think about when they imagine the USA. Here’s some fun facts about New York, covering the city and its state.

New York is said to have been home to people since at least 10,000 BC.

The capital of New York is Albany, and this recognition seems to be well-deserved. It’s thought that the area was the first that Europeans settled in when they reached the US centuries ago.

Despite being one of the most populous – it’s in the top three – New York is only the 27th largest state in the US, planting it firmly in the middle of the pack. 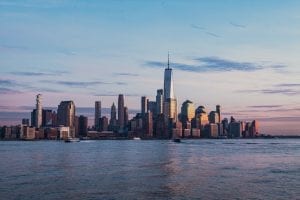 4. Pizza’s been a New York staple for over a century.

American pizza has its birthplace here, with the quintessential Italian dish having been first served in a US restaurant in 1905.

5. Its name came about through international squabble.

The city was once called New Amsterdam. It received its new name in 1664, as the English wished to the trace of Dutch rule which came before it.

It was, of course, Native Americans who first owned the land. They were invaded by Dutch settlers in the early 17th Century, with the Europeans choosing to buy some of the land directly from natives.

New York City is home to many famous buildings and landmarks. For example, it is here where you will find the United Nations Headquarters.

8. It had to come from somewhere!

Toilet paper was invented by a New Yorker – Joseph Gayetty.

9. Who are some famous New Yorkers? 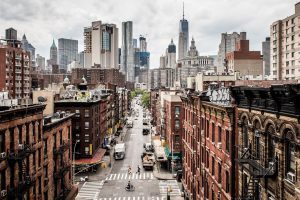 NYC is famous for its extensive subway. So much so, in fact, that there is thought to be around 722 miles of track in the city alone.

11. It was a transport leader.

New York also played host to the first railroad of its kind in the US. It ran from Albany to Schenectady for around 11 miles. How far we’ve come!

The state is also well-known for its natural features and landmarks. For example, it has a colossal waterfall, Taughannock, which stands at 215 feet tall. 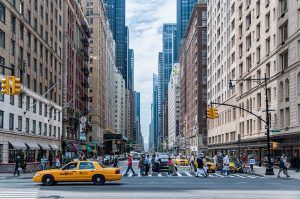 13. There’s a secret station on the subway.

NYC is also home to Track 61, a super-secret railway station used by US President Franklin D Roosevelt. It is built below the famous Waldorf Astoria hotel, and was a secret entrance and exit for the statesman.

14. The state led the way medically, too.

Liberty Island has more going for it than just the iconic Statue of Liberty – it was the initial site of the first-ever hospital in the USA.

Is New York really that dangerous?

NYC has a reputation for being more dangerous than most cities, however, statistically speaking, it’s about on average - just keep as safe as you normally might!

Walk very quickly - this is a city that’s crammed full of people, all with places to go - sightsee slowly at your peril!

Is London bigger than New York?

Despite the fact their populations are roughly similar, London is bigger than New York City by 138 square miles.

Do you know or fun facts about New York?  Share them here in the comments below!