November is the month of the year that can be quite divisive amongst people. While it’s a month which can be full of beauty – as the leaves fall from the trees, creating a gorgeous autumnal landscape – it is also the time of year when things start to become chilly. However, that’s not to say November isn’t a brilliant month…

In fact, in this fact file, we are going to celebrate everything that makes November particularly special. Whether it’s your favorite month of the year or not, there still might be a few fun facts about November that you’re unaware of.

Let’s start breaking a few down and see what we can find!

1. November is a pretty packed month.

As you can imagine, November is the host month for many ‘national’ celebrations, particularly in the US. As well as being the month of Thanksgiving, it is also officially American Indian Heritage Month, and Good Nutrition Month – though by the time Thanksgiving rolls around, the latter of these two themes might fall by the wayside!

Oddly, November is also National Peanut Butter Lover’s Month in the US. Quite how well that goes down with turkey, we’re not sure we want to know.

3. Are you an archer or a scorpion?

If you were born in November, you are one of two star signs – you’re either a Scorpio or a Sagittarius. Why not take a look at our fact files on these star signs to learn more about them? 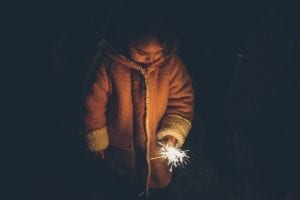 5. An odd celebration opens up in the UK.

November is also host to Guy Fawkes’ Night, or Bonfire Night, in the UK. This day celebrates the capture and execution of Guy Fawkes, an attempted terrorist who tried blowing up the Houses of Parliament centuries ago. Oddly enough, this event is celebrated with toffee apples and Catherine wheels!

6. November’s place in the calendar shuffled around a little.

November was, in the original Roman calendar, the ninth month. Anyone who knows Latin may already have figured this out, as Novem actually translates to ‘nine’, or ‘ninth’. However, it became the 11th month of the year once January and February got added on via the Gregorian calendar.

November is always seen as a tense month for Americans every four years – as it’s when the country gets to decide the next US President.

8. November is a wildly different month all over the world.

While November is likely to be blustery and full of falling leaves in the Northern Hemisphere, countries in the Southern Hemisphere are just getting into spring! That’s why things look much different in Australia this time of year – it’s due to how the Earth tilts towards the Sun.

If you’re feeling a bit angsty, you might want to start practicing some better behaviors by the time November next rolls around. That’s because International Tolerance Day falls mid-month, on November 16th. 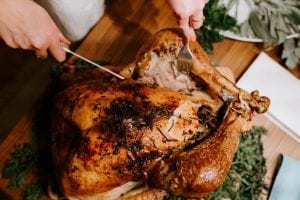 November is also the month where the world commemorates the end of World War One. Ceremonies take place across the globe on November 11th – in the UK, there are normally huge processions and poppy-laying ceremonies, with a nationwide silence taking place at 11am to commemorate those who gave their lives in action.

11. Which famous people have November birthdays?

There’s a date on the November calendar called ‘National Men Make Dinner Day’ – when, you guessed it, husbands, boyfriends, and dads are all supposed to take over in the kitchen. This might be a blessing or a curse! 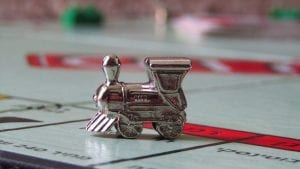 November is a month famous for various big moments in history. Two of them include Abraham Lincoln’s Gettysburg Address on the 19th, and the introduction of Monopoly – the often-infuriating property purchase board game – on the 5th.

14. It’s pivotal in many religions, too.

November is also hugely important in many religions; with All Saints Day and Diwali both being celebrated at the start of the month.

What is special about November?

November is a month of marking important moments in conflict history - such as remembrance day.

Why do people love November?

In November, the winds are never harsh, and the rain is never completely freezing - it walks that nice line between October’s falling leaves and the deep freeze to come - in the Northern Hemisphere!

Is November the luckiest birth month?

No - people born in May are said to be the luckiest - sorry, November kids!

Do you know any fun facts about November?  Share them in the comments below!