There are many different ways to generate power.  While there is a growing focus on clean energy and renewable sources, nuclear power is commonly used all over the world.

There are plenty of facts and figures we should all pay attention to when it comes to nuclear energy and power, and we’re here to share just a few of them with you.  If you’ve ever wondered what makes nuclear energy so popular – and yet so potentially damaging – keep reading.

Nuclear fission is the process of generating energy from splitting atoms, and it is derived from uranium.

Just over 30 countries benefit from nuclear power worldwide, and there are thought to be more than 400 reactors working to produce it.

3. The US hasn’t opened a nuclear plant since the 70s.

Around 20% or more of electricity provided to the USA derives from nuclear energy. However, despite this reliance, there have been no more plants built in the US since 1979.

This is a result of the infamous Three Mile Island disaster. On paper, nuclear disasters are fairly uncommon.  There is only Chernobyl and Fukushima on record otherwise, suggesting nuclear power is generally safer than some fuel production elsewhere. 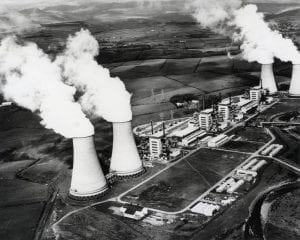 As a result of US reliance on nuclear energy, the country regularly expends around 2,000 tons of waste – the radioactive kind – every single year.

Nuclear power plants need to shut down at least once every 18 months thanks to the sheer amount of uranium built-up. This is because used uranium is dangerously radioactive.

Following Three Mile Island, US regulations surrounding nuclear energy have stepped up hugely. In fact, it is rare you will find anywhere else in the world as meticulous about safety checks than the US.

7. Your home is more radioactive than a nuclear power plant.

Studies show that, on the whole, you are likely to receive more radiation from electronic devices in the home, over your lifetime, than you are from a nuclear plant.

It’s also stated that nuclear power is some of the most affordable when it comes to price fluctuation. Nuclear electricity is often seen as much more stable than rates you’d experience through paying for coal, for example.

Most nuclear reactors use either boiling water or pressurized water, though some will cool with gas, which are commonly in use in the UK. 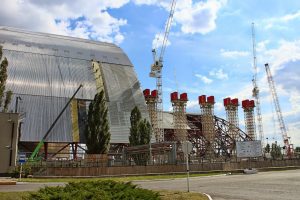 Nuclear energy is likely to be younger than you may think. The first commercial plant opened up in Pennsylvania in the late 1950s.  This, however, was after around two decades of testing, research and trials.

Many people worry about where nuclear waste is held. That’s because used uranium can remain radioactive for centuries!  It is one of the main reasons why many people push for cleaner forms of energy production, such as hydroelectricity or wind farming.

What’s the first thing you should do if you are ever exposed to nuclear energy? Remove all your clothes, of course!  Believe it or not, around 90% of the radiation you just witnessed is likely still clinging to your garments.  Get rid of them! 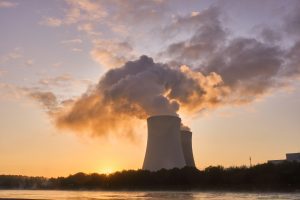 What happens to all the nuclear waste in the US?

It’s thought that most power plant waste is actually securely kept on-site, though there are plans to set up a site in Yucca Mountain.

Is nuclear energy a good thing?

Despite being highly radioactive, nuclear energy has zero emissions - which is why it is increasingly adopted.

Is nuclear energy a bad thing?

Some sources, such as Greenpeace, believe that nuclear pollution is harmful - and that it’s no clean alternative to renewable sources of power.

Do you know any interesting facts about Nuclear Energy? Share them in the comments below!

Would you like to learn more about renewable energy generation? Check out these fun facts about solar power