As a society, we are getting fatter and fatter. This is as a result of all kinds of societal factors – the types of food we have available, education, and sheer lack of exercise. Obesity is something of a pandemic – and alarmingly, it’s easy to prevent. So – why are so many people in modern society overweight?

Getting fat might be easy, but it’s no laughing matter. In this fact file, we’re going to look closely at this growing epidemic – and why it’s time the world started thinking skinnier.  Here’s some interesting facts about obesity for you to consider…

Obesity refers to a state of being very overweight. This is based on your BMI or Body Mass Index, which takes into account your height, gender and exercise level to determine your ideal weight.

2. Many Americans are considered obese.

3. Obesity is a money drain. 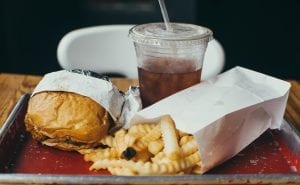 Fast food is one of the biggest contributors to obesity

4. It’s a problem that’s rife all over the planet.

Worldwide, the problems aren’t slowing down any further. By 2016, around 650 million people worldwide were considered obese through the BMI calculation standards. This is thought to have increased threefold since 1975.

5. Obesity is easy to combat.

Obesity is, however, easy to combat. Purely through additional exercise and healthier choices, everyday people can start to cut back on their waistlines. It is thought that sugar, too, has more of an impact on weight gain these days than fats – which are thought to be healthier than once assumed.

6. It all starts with a little bit of extra exercise.

Around an hour a day of physical activity, even light exercise, is recommended for adults to combat obesity.

The fattest state in the US is Mississippi, with around 39.5% of adults there being classed as obese. Conversely, Colorado is the skinniest state, though with an adult obesity rate of 23%, these statistics still don’t make for light reading.

However, the US is not the fattest nation on Earth. That honor belongs to Nauru, where around 61% of the nations’ adults are clinically obese.

9. The thinnest countries on the planet are found out east.

The lowest rates of obesity can be found in Vietnam, Bangladesh, Timor-Leste, India and Cambodia. The majority of countries in the least obese list are Asian. 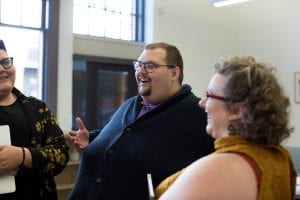 Processed foods, and a lack of reliable nutrition, are thought to be largely to blame for rising obesity rates in the US and elsewhere. Therefore, there continue to be significant pushes for greater food education the world over.

Carbohydrates, too, are considered to be particularly impactful in terms of weight gain. It’s thought that managing carbs could help to stave off rising obesity – meaning that many diets and programs encoyrage a healthier intake of protein, and in some cases, healthy fats.

Obesity is not just an outward physical issue – it is a killer. It is thought that around 2.8 million people around the world die, yearly, as a result of being overweight. Obesity can put immense pressure on your organs and your ability to perform normal tasks. 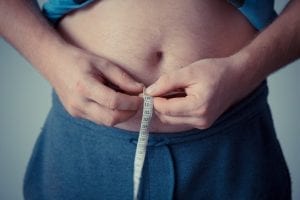 13. Many life-threatening conditions are caused by obesity.

Some of the major conditions which can worsen – or be brought on at all – by obesity – can include diabetes (type 2), various cancers in the breasts, liver, kidneys, ovaries and prostate, heart disease and osteoarthritis.

14. However, weight loss is often hard for many people.

It is thought that many people may struggle with weight loss due to hormonal imbalances. This means that, during periods of dieting, our bodies may encourage us to produce more of the hunger hormone, which is likely to encourage us to indulge in lots of the wrong things. This, of course, leads to people often regaining weight they had lost.

15. There are some arguments that say obesity is good.

In some cultures, obesity is actually seen as a sign of good health and wellbeing. However, research increasingly proves that this is far from being the case in terms of long-term health. 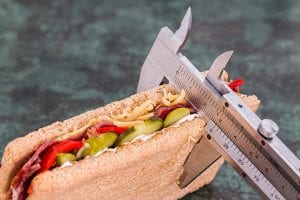 Many obese people who are unable to lose weight naturally may qualify for certain surgeries, such as gastric bypass. This will help to shrink the stomach, encouraging it to take in fewer calories. In time, this can help people to adapt to healthier lifestyles.

How is obesity defined?

In modern medicine, the definition and diagnosis of obesity revolves around the Body Mass Index, or BMI - if you have more than 30 BMI, you are considered obese.

Not all obese people are ’fat’ - as a result of the BMI scale not taking into account muscle density, some people considered obese - such as bodybuilders - fit the bill!

Can obesity be cured?

Obesity can be combatted with regular exercise and dietary change, though some research believes it may be a biological issue, too.

Do you know any interesting facts about obesity?  Share them in the comments below!

Are you interested in losing weight? Check out these facts about weight loss that actually work!