October, the tenth month of year, tends to be when things start getting darker, and colder (at least in the North) and we start heading towards the winter months. However, it is also a month full of celebration, and it tends to be a favourite month for many people.

But what are some fun facts and figures about October you might not be aware of? Let’s take a look through just a few that we’ve curated for you…

If you were born in October, you will be one of two star signs – you’re either a Libra (the scales), or a Scorpio (the scorpion).

2. There’s a weird history to October.

Oddly enough, if you know any Latin, you’ll recognise that the prefix ‘oct’ or ‘octo’ actually refers to the number eight. So why is October the tenth month in the year? This is where September and October actually share similar history. Once the Roman calendar moved into the Gregorian model, the year actually lengthened. Therefore, October was originally the eighth month.

October is likely to be fairly dark and cold in the Northern Hemisphere, but the weather and climate is much like that you’d expect in April in the Southern hemisphere. Therefore, it’s likely to start getting warmer in October in territories such as Australia and South Africa! 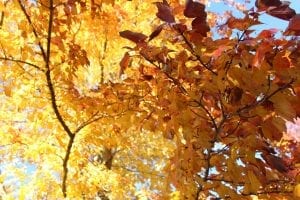 4. A good day for enjoying some cider?

The UK has an odd holiday in the middle of October – the 21st, in particular, is designated as ‘Apple Day’. If we’re to believe the old proverb, do all doctors call in sick on this day?

5. It’s an important calendar occasion in the US.

October is an important month in the US – as it’s home to Fire Prevention Week. Co-inciding with the anniversary of the Great Chicago Fire, there are considerable pushes for citizens and their children to learn more about fire safety and prevention tips during this period.

In Hawaii, locals get together to celebrate an exciting festival called ‘Aloha’. It is during this time that colorful parades and parties are planned. In fact, many tourists can expect huge Mardi Gras-esque gatherings and parties!

October is, of course, home to Oktoberfest. This important celebration in the German calendar encourages citizens to eat, drink beer and be merry. In fact, Oktoberfest traditions have spread widely across the UK and the US, too!

8. What else do we celebrate in October?

October is a ‘national month’ for many different interests and pursuits. For example, you’ll likely find people celebrating Pasta Month, Pretzel Month, Cookbook Month, Squirrel Awareness and Appreciation Month, and even the National Month of Sarcasm!

9. It’s the top month for US leaders.

October seems to be a prime month for Presidential births. Oddly enough, there are more US Presidents born in October than any other month on the calendar. 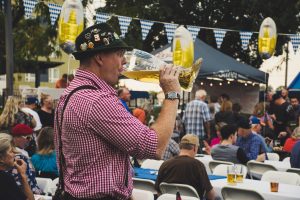 10. It was once named differently.

October was traditionally known as Winterfylleth in Anglo-Saxon times. This is thought to refer to winter fullness, particularly as Northern Hemisphere weather and temperatures start shifting towards the chilly side of things.

October seems to be a fantastic month for longevity. Research shows that people born in the Northern Hemisphere in October tend to live longer than anyone else across the year. If you want your child to have a long and healthy life, you might need to time things right around January or February!

October is thought to breed natural athletes. It seems that those born towards the middle of autumn grow up to be very sporty or athletic at the least. 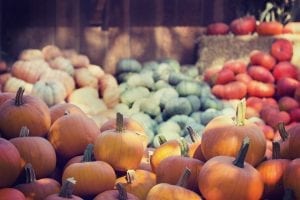 October is Black History Month – a hugely important date in the calendar for African Americans, and those who wish to learn more about diversity across the centuries.

It’s thought that people born in October may be more prone to developing asthma.

October is a big month for sports fans in the US. That’s because seasons and series for the Major Baseball League, the National Hockey League and National Basketball League all kick off this month. 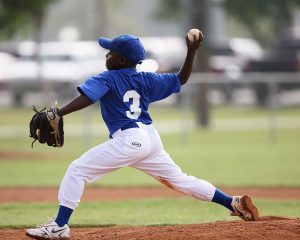 It’s October when you are most likely to see leaves starting to fall after changing color. While you might start to spot this during September, the foliage changes are most likely to take place in mid-October, the mid-point of autumn. Many people travel across the states to watch leaves fall in the US!

In the Germanic language, October was known as ‘wein-mond’ – literally, ‘wine month’! Therefore – if you like to pour a glass or two, October might just be the best time. The most appropriate, anyway!

Celebrated each year on the 31st October is Halloween, where people dress up in frightening masks and costumes to ward off bad spirits. 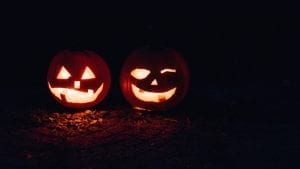 What are the birthstones for October?

You’ll find that opal and tourmaline are regarded as October’s birthstones.

What important announcement did Abraham Lincoln make in October?

President Lincoln announced on October 3rd 1863 that, every final Thursday in November, US citizens would celebrate Thanksgiving.

Do you know any fun facts about October? Share them in the comments below!

Would you like to find out more about the months of the year? Look back with these interesting facts about September, or forward at with these fun facts about November…