When we think about the word Panama, for most of us, one of three things comes to mind. Hats and canals, more often than not – but the country itself is pretty incredible. Let’s take a look at what makes Panama the country so interesting, vibrant and unique!

Panama is a rare country in that it links two oceans via a man made channel – the Pacific Ocean and the Atlantic Ocean. Panama is located between Central and South America on an isthmus.

Rising to an impressive 3,474 meters, the active volcano Baru offers stunning views to those energetic and brave enough to take a look!

When weather conditions permit, on clear days, both the Caribbean Sea and Pacific Ocean can be observed from the peak. Many photographers venture there to capture these views on film.

Miraflores is a well known name in Panama. It is one part of the famous three lock system along the Panama canal.

As an extraordinary piece of engineering ingenuity, these locks are stunning to look at as they raise huge vessels by 54 feet! Together they help generate 80% of all revenue generated by the canal. Without them, the canal would not operate effectively. 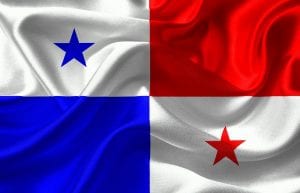 The Panama canal is so busy, a one-way traffic system operates between the early morning hours to mid afternoon, with a change of direction from mid afternoon to 11pm.

After 11pm and until 6am, two-way traffic is permitted.

The name of the first vessel to pass along the canal was the ‘Ancon’.

Construction of  the canal by ArmyCorps Engineers took ten years to complete. The construction company was French and led by Ferdinand de Lesseps.

8. The canal makes a lot of money.

From October 2019 to September 2020, the canal generated an impressive 2.7 billion dollars!

Panama exports its popular ‘Seco’ to over 65 countries. Seco, made from distilled sugar cane, is a potent spirit.

Usually distilled three or four times, it achieves up to 70% proof!  Rum is usually approximately 40% proof, to compare! Seco is often used in cocktails, mixed with fruit or even milk – Panamanians enjoy ‘Seco Con Vala’ which means ‘Seco with cow’! 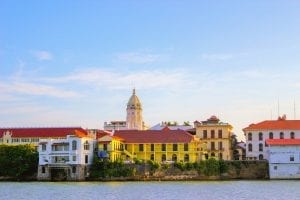 10. Why should you avoid the ‘Fer-de-lance’ in Panama?

It’s a poisonous viper whose bite can be fatal! Extending to up to six feet long, they are brown in color and not always easy to spot. Their fangs are hollow on the upper jaw, attached to moveable bones.

11. There are some wonderful marine views out here.

Off the coast of Panama, the magnificent Whale Shark inhabits the waters of the Coiba National Park. These gentle giants live on plankton and small fish.

12. Why is Panama considered so romantic?

Saving one of best facts for last, Panama is unique for being the only place on land where you can see both the sunset on the Atlantic and sunrise on the Pacific. A great place to pop the question, perhaps! 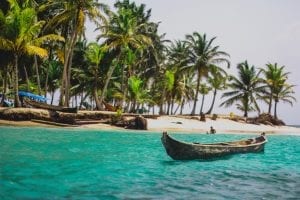 13. Do people speak English in Panama?

Spanish is the main language here, and approximately 14% of the inhabitants speak English. Business people and professionals usually speak English on the whole – it is also important for tourism.

How many languages are spoken in Panama?

Up to 14 languages are known to be spoken in Panama. Some are variations on the localized dialects of indigenous people, and some from immigration. Of those, the most commonly known are Ngobe Bugle and Kuna.

Can I spend US dollars in Panama?

Yes! Panama was the very first Latin American nation to adopt the US Dollar as currency.

Is Panama safe to visit?

Yes, Panama is considered among the safest countries in the whole of Central America to visit.

Do you know any fun facts about Panama? Share them in the comments below!

Are you fascinated with Central America? Check out these fun facts about El Salvador!

This page was last modified on September 27, 2021. Suggest an edit