Pandas are really iconic creatures!  Associated with China, bamboo and the World Wildlife Fund, these slow-moving, black-and-white beasts are also perhaps some of the most misunderstood.

Think you know a lot about these great bears?  Here are a few fun facts about pandas that might just surprise you.

1. Pandas are giant by name.

2. The panda bamboo connection is real!

Pandas thrive on bamboo. They actually live in China’s thick bamboo forests, up towards the mountains. However, they can also be found in other cool, wet areas of land.

They can even climb trees, particularly thanks to their retractable claws. They can learn to do this from a young age, around seven months old! 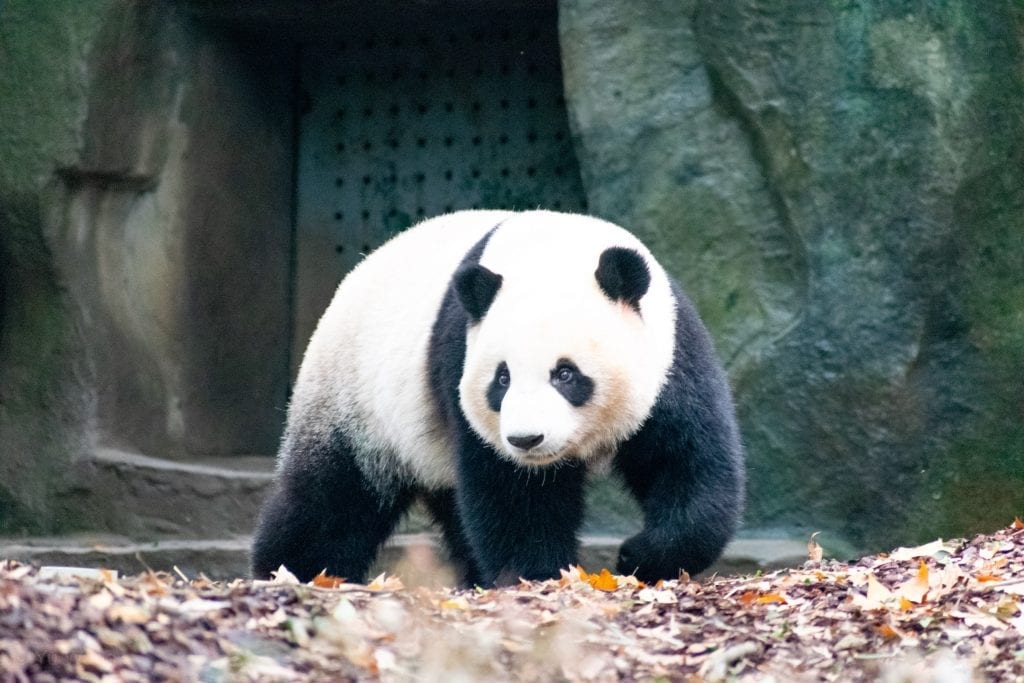 Panda bears have pupils that are more in line with cats than their fellow bears! That’s because they are slits, not circles.

5. Pandas love a bit of variety.

Pandas thrive on at least two different types of bamboo. Without this variation, they are at risk of starvation in the wild.

6. Pandas rarely eat anything but bamboo.

In fact, bamboo makes up all but 1% of their daily diet. They are famously picky eaters!

7. The bamboo diet isn’t for everyone.

This diet can also mean that they have extraordinarily regular toilet habits. A panda is known to pass faeces around 40 times each day!

8. What do pandas eat otherwise?

But what about the 1%? Pandas, believe it or not, are still considered omnivores.  They are known to eat smaller animals and bird eggs.  However, they also love farm vegetables!

Bamboo, bamboo, bamboo – a panda is likely to spend around half its life finding and eating it! 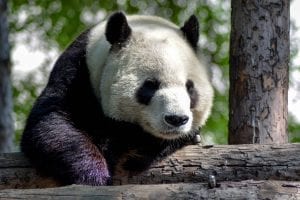 10. Unfortunately, there aren’t many pandas left.

There are only around 2,000 pandas left in the wild. They are some of the most actively-conserved animals on the planet, and hence the fitting symbol for the WWF.

However, another reason why a panda was chosen to represent the organisation is due to printing restrictions! It simply would cost too much to press a more colorful creature.

11. Pandas are great in water.

Believe it or not, despite their mainly forest and mainland habitat, pandas are fantastic swimmers.

Pandas are infamously difficult to mate. That’s because female pandas are only ever fertile three days a year – and that’s at maximum. 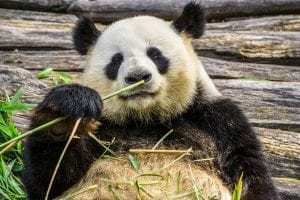 A panda will have unlimited access to their mother for the first month of their life. They will normally be carried about and covered during this time!

14. It takes time for a panda to develop its colors.

Can a panda kill a human?

Due to their sheer size and potential power, it’s possible, but attacks on humans are very rare, even in captivity.

Are all pandas born female?

No - but it’s strangely true that all pandas are born without genitalia - it’s extremely hard to tell them apart when they are very young.

Do pandas have predators?

While pandas are mainly threatened by loss of habitat in the wild, they can be preyed upon by leopards and weasels.

What is a group of pandas called?

A group of pandas is called an embarrassment. Strange but true!

Do you know any fun facts about the Giant Panda? Share them in the comments below!