We’ve all heard that the attack of Pearl Harbor was the world changing event which brought America into the Second World War, but is there anything else you need to know about it? It’s about time you found out with these fascinating facts about Pearl Harbor.

1. It was one of the final disasters of WWII.

2. However, it was the latest in a long line of conflicts for Japan.

Japan had already been at war with China since 1937.

Japanese forces set sail from the Kurile Islands on the 26th November. They had to travel more than 3,700 miles to launch their attack. 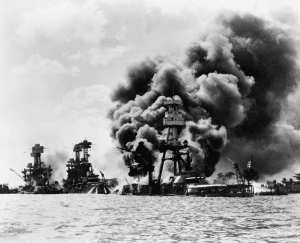 4. It wasn’t a desirable plan from the outset.

Senior navy officials had actually spoken out against the plan because of the high levels of risk involved.

5. Underwater attacks were even timetabled.

Submarines were also supposed to play a major part but were unable to enter the harbor as planned.

6. Could Pearl Harbor have been prevented?

American Pacific Fleet commanders heard about valid intelligence 2 weeks prior but took little notice of it.

7. US weaknesses led to huge vulnerabilities.

American offensive plans led to a reduction in base patrols closer to home, leaving them more vulnerable to attack.

8. However, the Fleet emerged from the attack.

The American Fleet was not destroyed as popular myth would have it.

9. It could’ve been twice the size.

A second attack was cancelled at the last minute so the Japanese could make good their escape. 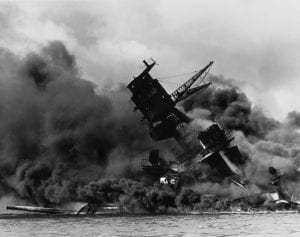 Whilst the press tried to blame commanders Kimmel and Short, it was later agreed that poor communication and coordination was endemic right across the US armed forces.

11. The US would enter the war less than a week later.

Hitler declared war on the USA 4 days later on 11th December 1941, but it had nothing to do with Pearl Harbor.

12. The US was unaccustomed to such ferocity.

It was the greatest war time attack on US soil by a foreign power since the war of 1812.

13. Pearl Harbor was the turning point for US military personnel.

Pearl Harbor persuaded the Americans to massively invest in their industrial capacity and dramatically turn the war in favour of the allies. 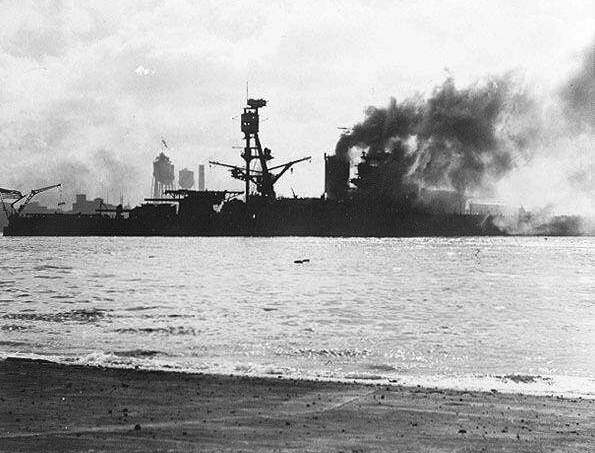 How many American people died in the Pearl Harbor attack?

It’s estimated 2,403 named US people died in the attack - and 68 of these were civilians.

Was Pearl Harbor a failure?

Japan managed to cause immense destruction and loss of life - but they did not bring down the whole Fleet as they’d wanted to.

How did Adolf Hitler react to the Pearl Harbor attack?

Hitler reportedly found the attack to be a huge boost to his campaign, remarking that Japan had gone undefeated for centuries, and they were now allied to his cause. Of course, the war would end within four years, with Hitler committing suicide.

Do you know any interesting facts about Pearl Harbor? Share them in the comments below!