These prickly-looking creatures are sometimes misjudged – are they related to hedgehogs or not? Where can you find them, and are they aggressive? In this fact file, we’ll look at a stack of fun facts about porcupines – see how much you already know if you’re a big animal fan!

1. They’re not related to hedgehogs!

These distinctive animals are sometimes mistakenly thought to be in the same family as hedgehogs. Although they both have spines, they are not classed the same – porcupines are rodents, for example!

The name porcupine aptly describes the animal it represents! This comes from the French words porc, which means pig, and espin, which means spine. This makes it a spine pig! It even means thorn pig in Latin, too.

There are two main types of porcupines – New World, Erethizontidae, and Old World, Hystricidae. The two main families share some features – both have rounded bodies with small faces, and both have quills or spines which are detachable. 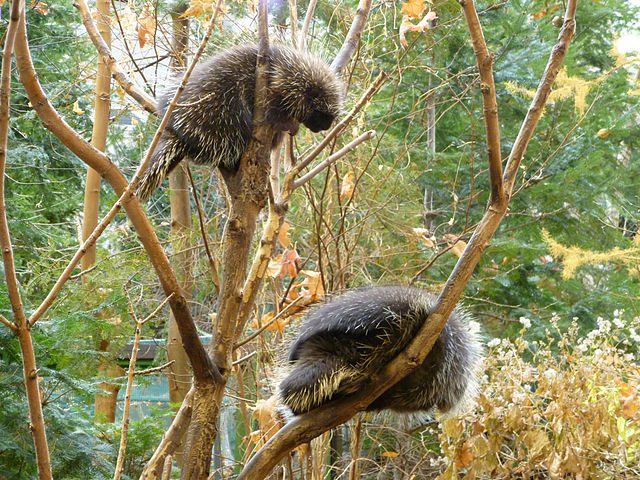 4. They’re not quiet with their quills!

Porcupines are surprisingly chatty! They can be heard chattering, whistling, grunting and can even cry like human babies!

Porcupines have what are known as prehensile tails. This means they can use them to balance – even on high in trees. Their tails function as a supporting limb.

In the New World of North and South America, porcupines are less nocturnal than in the Old World – Eurasia and Africa – where they forage in forests at night.

7. Porcupine sizes will vary, too.

8. They can puff themselves up!

When threatened or wishing to make a point, porcupines can enlarge their appearance by the auto-stimulation of their quills to stand upright. This can give the appearance of them increasing their size up to three times! They have approximately 30,000 quills which regrow if lost.

Porcupines are generally known to be monogamous. They can remain with the same partner for life and give birth to offspring two or three times per year. 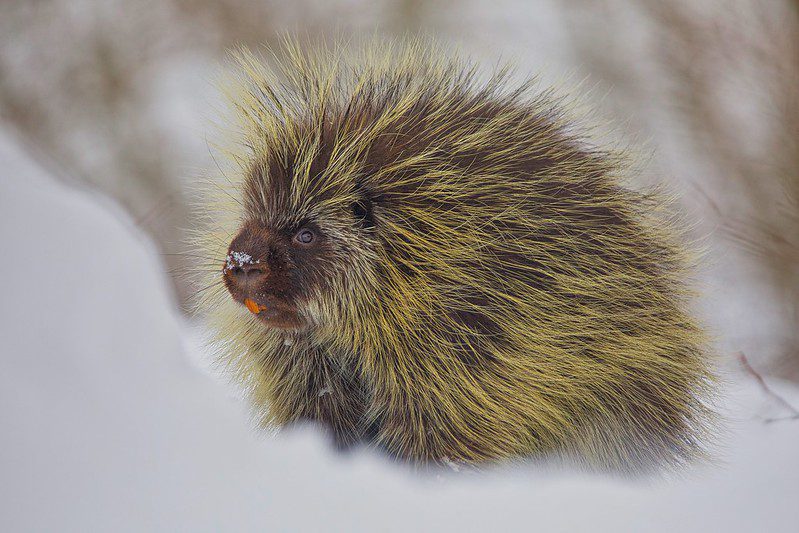 10. They give birth to live young.

Contrary to some popular beliefs, porcupines do not lay eggs! They give birth to live babies.

11. Porcupines climb from a young age.

Porcupine babies are known to start climbing trees quickly, often climbing to accompany their mothers within hours of birth! Usually, porcupines often give birth to a single baby or up to four at a time. The gestation period lasts 112 days.

Porcupines are renowned for being great swimmers. They have their own inbuilt buoyancy aids! The hollow quills are filled with air so they seldom sink – they paddle along like dogs. 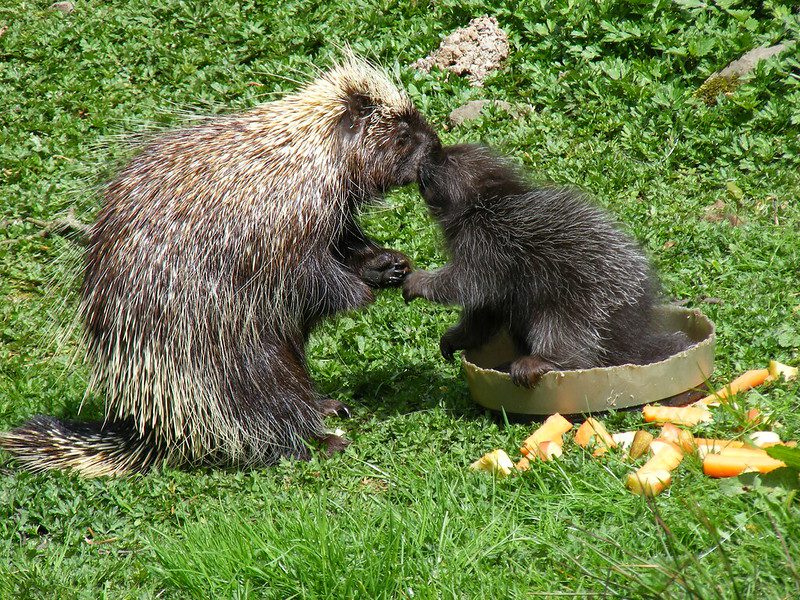 13. They live long and prosper!

Porcupines are record holders for longevity amongst rodents. They take second place, living up to 27 or 28 years. North American porcupines live an average of 23 years – but on first place are naked mole rats, who live to approximately 30 years of age.

Porcupines have a great means of self-defense. By enlarging their appearance to threaten potential predators, they may still engage in a fight. If things are not going in their favor, it may be time to cut and run! So, their quills are easily detached, ideally into the body of their attacker. The porcupine flees and their attacker is left to pick out the quills embedded in their body! 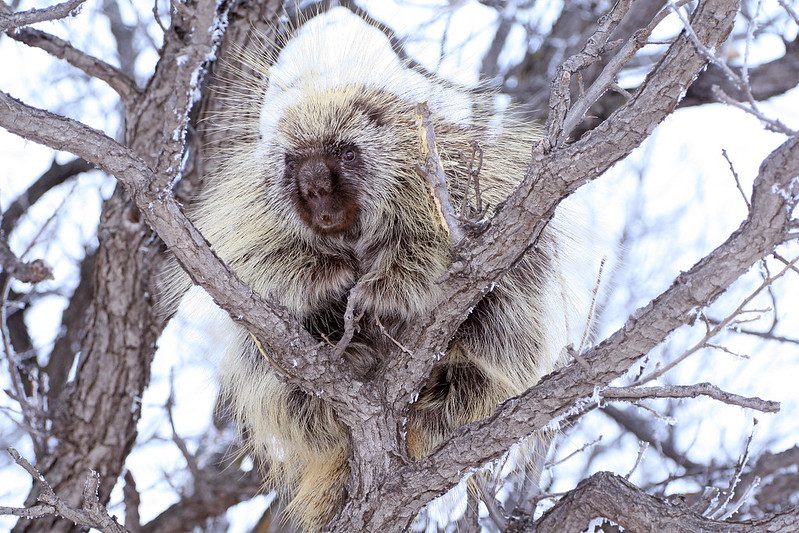 No, they will only ever strike if they feel they are being threatened. They’re not to be scared of!

What should I do if I see a porcupine?

If you spot a porcupine, the best thing to do is to give it a wide berth! Porcupines can be very sensitive creatures and simply like their space. They won’t fire randomly at you, however!

Where do porcupines sleep at night?

Porcupines are nocturnal, which means you’ll normally see them sleeping during the day. When they do, they like sleeping in hollowed out logs.

Do you know any fun facts about porcupines?  Share them in the comments section below!