Can you imagine a world without alcohol today? While still controversial, and still arguably responsible for many of the world’s problems, the period during which the US went without booze is regarded as one of their darkest, certainly in terms of their economy, as well as in terms of crime rates. For 13 years, America went ‘dry’ – meaning that unless you could prove to a pharmacy that you had an illness deserving of medicinal whisky, you had to go ‘underground’ for booze.

Could Prohibition ever work in practice again? Perhaps on paper – but booze is perhaps too big a business to put on hold. Therefore, the Prohibition era in the US remains one of the most fascinating to read about! Check out these interesting facts about prohibition below.

1. What does prohibition actually mean?

The word ‘prohibition’ is a noun, meaning to forbid something – usually in terms of the law.

However, in historical reference, ’Prohibition’ refers to the time when the manufacture and sale of alcohol was banned in the USA between 1920 and 1933.

The origin of the word ‘prohibition’ stems from the Latin ‘nominative prohibition’ – this means to ‘hinder, hold back, restrain, and prevent’.

2. Prohibition was a major part of US history.

The law in regard to US Prohibition referred to a ban on storing, transporting, and selling alcohol, in bottles or barrels.

3. It did the US serious economic damage.

Lost jobs in the manufacture, delivery, and sale of alcohol, resulted in serious damage to the US economy, not least from a drop in revenue from taxes. Even people who did not drink alcohol suffered from the effects of prohibition.

When jobs were lost, and alternative work was hard to find, some people were attracted to the ‘black market’. Racketeering became commonplace and ‘speakeasies’ were often popular ‘hidden’ venues for the illegal sale of alcohol. 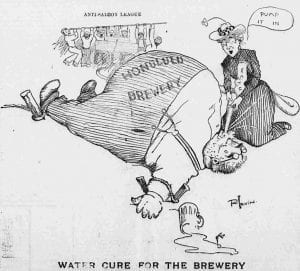 4. The Great Depression was a knock-on problem.

The ‘Great Depression’, which started in 1929 and lasted until 1939, saw a distinct rise in the number of alcoholics in the US! This was despite the intended control and reduction in the procurement of alcohol during their ‘Prohibition’!

Prohibition was eventually deemed and recorded as having an overall negative effect on the economy!

Recorded summaries estimate the costs to include a total loss to the Federal Government as $11 billion in lost taxes, and a further cost of $300 billion to enforce Prohibition in the first place!

7. Prohibition was NOT popular.

It is not surprising that Prohibition in America is widely regarded as a failure. Most Americans either wanted to consume alcohol or felt it unfair to remove the freedom of choice to do so.

8. It was confusingly enforced.

Corruption and muddled interpretation of the laws concerning Prohibition resulted in much genuine confusion or deliberate manipulation of the system.

In an attempt to thwart the law and hide prohibited activities from the police, ‘underground movements’ and organized gangs devised ways in which to satisfy the demand by their ‘creative means’ to supply! 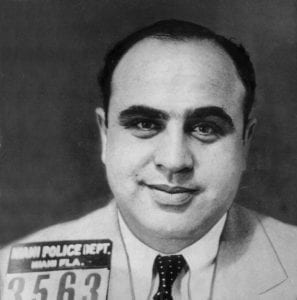 10. Al Capone was a major figure in the Prohibition era.

Demand for alcohol was so high during Prohibition that some gang leaders made huge profits from their endeavors! Notorious and successful racketeers included the famous Al Capone who ‘earned’ $100 million in a single year. This equated to a staggering $1.4 billion in 2018!

11. Scarface was ruthless and cunning.

Al Capone was born in 1899, in Brooklyn, New York. He began his working life as a bodyguard and a bouncer.

He was also a calculating businessman and ruthless in dealing with ‘enemies’. He is thought to have orchestrated the St Valentine’s Day Massacre of seven people in broad daylight.

However, he was never charged with the crime, being away in Florida at the time!
Capone was nicknamed ‘Scarface’ after a knife attack left him with three scars on his face.

12. Prohibition has been captured on film.

Widely acknowledged as one of the most successful romantic comedy films, ‘Some Like It Hot’, starring Marilyn Monroe, Tony Curtis, and Jack Lemmon, tells the story of three musicians who become embroiled in gang warfare during the Prohibition and flee Chicago in fear for their lives.

The movie accurately represents the exuberant behind-the-scenes activities of life in bars and speakeasies during Prohibition. 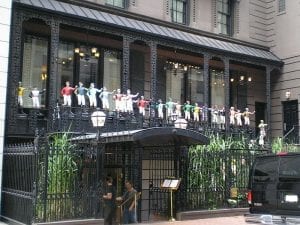 Prohibition has been described as ‘a great social experiment’. We’re not sure all US citizens might feel the same way!

15. FDR brought Prohibition to an end.

In 1933, three states voted to repeal the Prohibition, but the decision took time to spread and be enforced. President Franklin D. Roosevelt finally ended Prohibition once there was enough Constitutional administration out of the way!

A ceremonial case of beer was sent to the White House for the President to mark the end of Prohibition and for him to enjoy! 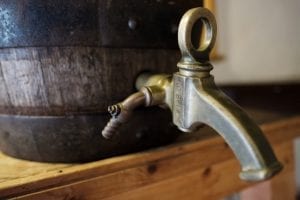 Unlikely beneficiaries of prohibition were doctors and nurses who were in greater demand.

18. Those working with the dead benefited too.

Injuries and murders caused by gang rivalries also caused an increased demand for florists, casket makers, and morticians. They, too, were surprisingly beneficiaries of the erupting violence. 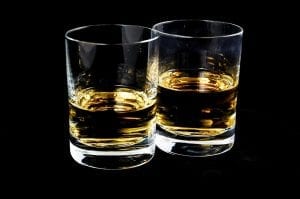 19. Bootlegging went deep and dark – thanks to pharmacies!

Another surprising feature of the Prohibition era was the onset of some pharmacies having the dual purpose of being used as a ‘cover’ for bootlegging activities!

The number of licensed pharmacies in New York alone tripled during Prohibition as Pharmacies were legally able to dispense whisky as a remedy for certain ailments!

Did Prohibition cause the Great Depression?

It was a major factor - taxes normally claimed from alcohol sales just weren’t accruing. Were it not for prohibition, the Depression may not have happened.

Why was Prohibition a failure?

Prohibition ultimately failed because it did nothing to reduce the ‘ills’ of society, and instead made things worse - on many fronts!

Which state was the last to end Prohibition?

Believe it or not, Mississippi didn’t end Prohibition until the 1960s - some 30 years after the 21st amendment came into effect.

Do you know any interesting facts about prohibition? Share them in the comments below!

This page was last modified on January 5, 2022. Suggest an edit