Rats are curious and extremely intelligent creatures. However, they often get something of a bad rap thanks to their propensity for spreading disease! However, despite this, rats often make fantastic pets. Let’s take a look at some fun facts about rats to help you change the way you see them.

Rat teeth really are fascinating. Rats are well-known for being able to chew through just about anything, including tough metal! What’s most astounding, however, is the fact that a rat’s teeth never truly stop growing. They are thought to grow by up to five inches every year!

2. They have lots of buddies.

Rats are extremely social. You’ll likely normally only see one or two on their own when they are out scavenging. They are known for propagating in their hundreds, and band together in large communities.

3. They are known for carrying all kinds of nastiness.

Rats, of course, have a reputation for the diseases they carry. Most famously, the Black Death plague was attributed to rats and rodents. However, it was actually their fleas that were largely to blame for the spread, not the rats themselves. 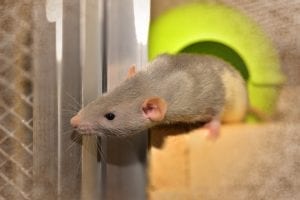 4. But they weren’t necessarily to blame.

In fact, research appears to show that it may actually have been gerbils that spread the Black Death, not rats. Therefore, rats may have suffered from bad PR covering for gerbils for centuries!

5. Rats can see for miles and miles.

Rats have fantastic eyesight. That’s because their eyes’ positioning allows them to see up and around, as well as side to side. It’s a great asset when hunting for food and for escaping flying predators.

6. Rats are – believe it or not – extremely clean.

While you might think that rats are filthy creatures due to many of them living in sewer environments, they are actually meticulously clean animals. They constantly lick themselves and even comb their fur. That’s right – a rat might actually be more concerned about its appearance and bathing than we are about our own!

In fact, it’s thought that rats are less likely to pass on viruses than dogs or cats. Research is ongoing – don’t go licking a rat any time soon just in case!

The word ‘rat’ has picked up negative connotations over the years when used to describe certain people. For example, a ‘rat fink’ is someone who betrays another, while a ‘love rat’, similarly, is someone who will cheat on their partner or spouse.

Much of this negativity perhaps derives from rats often deserting collapsing areas or boats to flee to safety – giving the idea that they are likely to desert or betray. It’s not a fair image to bestow on them, in our collective opinion!

Rats have brilliant memories. They can remember clear routes after only a quick demonstration.

9. We share a lot in common with these critters!

Rats are very similar to most humans in many ways. They laugh when they play and have fun and can get depressed when separated from friends and family. What’s more, they have innate urges to conform. 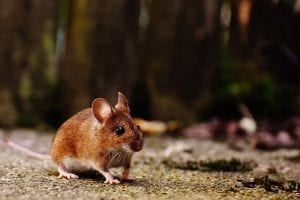 Rats are seen by many people as creatures worthy of worship. In fact, the Karni Devi Temple in India, home to thousands of rats, are kept and praised by temple attendees.

What’s likely to repel a rat?

Rats will generally run away if a threat emerges, but to repel these rodents, mothballs and peppermint oil really do repulse them.

Rats will show up wherever there is leftover food, waste, and bird feeder spills.

Yes - in lots of ways. They are crucial to the food chain and predatory cycle, and what’s more, they eat a lot of waste that would otherwise go to landfill.

Do you know any fun facts about rats? Share them in the comments below!

This page was last modified on January 30, 2022. Suggest an edit