The Republic of The Congo is one of the most stunning countries in the world with its incredible wildlife, rich history, and stunning landscapes. As a former French colony, you can still find some of the French culture there (including the language), but the people of Congo have regained their independence, and many of their native traditions. Here are some fun facts about the Republic of The Congo you’ll want to remember.

As you may know, the Republic of the Congo is also commonly known just as Congo. But, did you know it also has other names? The country also commonly goes by the Congo Republic, Congo-Brazzaville, and just West Congo. No matter what you may call it, it’s still the same place.

If you’re looking for Congo, then look towards the center of Africa. It is surrounded by the Central African Republic, Cameroon, the Democratic Republic of the Congo, Gabon, and Angola! That’s plenty of neighbors.

Given that it is surrounded by so many different countries, you may be surprised to know that Congo is actually fairly sizable on its own! The land area of the country is 132,000 square miles, making it even bigger than Italy!

Brazzaville, Republic of the Congo

Despite its size, The Republic of The Congo doesn’t actually have many people living there! In fact, as of 2022, there are just over 5.6 million people resident. This makes it only the 36th most inhabited country in Africa.

5. Who are Congo’s natives?

The people of Congo, as few as they may be, are known as the Congolese. The official language of the area is still French, however, many of the people also speak Lingala, Tshiluba, Swahili, and Kituba.

7. A river runs through it!

Many animals are native to the Republic of The Congo. You’ll find mountain gorillas, bonobos, forest elephants, and chimpanzees, among many other species – it’s a wonderful spot for a safari or two.

If you plan on visiting the Republic of the Congo, then remember to change your money! The official currency here is the Central Africa Franc (CFA). 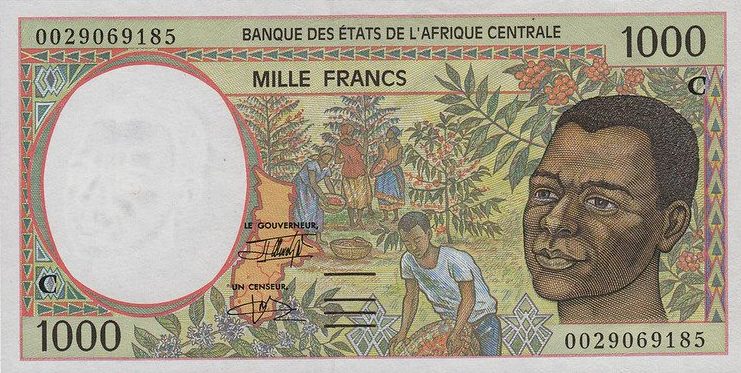 The Congo Basin rainforest is massive! In fact, it is the second biggest rainforest in the world, just behind the Amazon!

The Congo rainforest is home to the Pygmy tribe. It is believed that there are between 250,000 and 600,000 Pygmy natives currently living there – but no one really knows for sure. 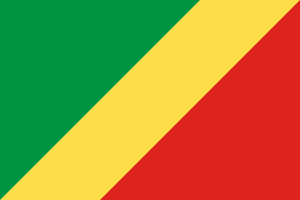 Flag of Republic of the Congo

FAQs about Republic of the Congo

What is Republic of the Congo known for?

The Republic of The Congo is known for its high canopies of rainforest, incredible wildlife, and broad array of exports. It also has a very rich history, and culture.

What is the climate like in The Republic of The Congo?

Congo has a tropical climate, and their rainy season runs from March to June.

Is there more than one Congo?

There are indeed two Congos, the Republic of Congo, and the Democratic Republic of the Congo. It can be easy to confuse the two, so always look for the extra ‘Democratic’ to be sure!

Do you know any fun facts about Republic of the Congo? Share them in the comments below!