Rio de Janeiro is world-famous for being one of the most colorful and vibrant cities not only in South America, but on the planet. It’s widely mis-assumed to be the capital city of Brazil, and while it once held this status, it’s actually no longer the case!

Millions of people flock from all over the globe to enjoy the carnival scene here, meaning that even if you’ve enjoyed the odd parade elsewhere, it likely won’t beat the vibrancy of Rio! Here are some fun facts about Rio de Janeiro to inspire a future trip.

Rio de Janeiro is on the Atlantic Coast of Brazil.

2. Faith plays a big role in the city.

The main religion in the region is Christianity, and the city is famous for its globally recognized statue of Jesus Christ, known as ‘Christ the Redeemer’.

The statue is a leading landmark in Brazil, standing 30 meters tall (98 feet). The arms of Christ the Redeemer reach out to a total length of 29 meters (92 feet)! Completed in 1931, the statue is a major tourist attraction.

3. Who built Christ the Redeemer?

Paul Landowski, a Polish French sculptor, created the statue and has been named as one of the ‘New Seven Wonders of the World’. It towers 2,310 feet above the city. 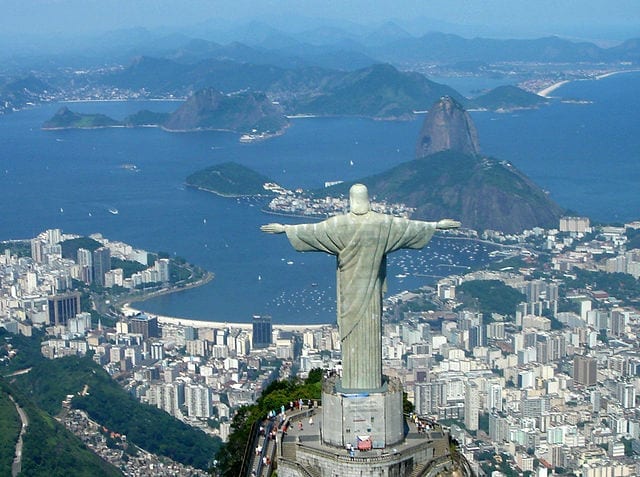 4. The Redeemer took a long time to build.

The Catholic Church funded the cost of the construction which took nine years to complete.

The price of the construction equates to $3.4 million at today’s rate! Part of the cost was to cover the transportation by rail, of the workers and pieces for assembly, to the top of the Mount Corcovado.

French forces, led by Nicolas Durand de Villegagnon and funded by King Henry IV, set sail to build a fort and start a colony at the Island found at Guanabara Bay. In 1855, they started their first settlement there.

6. However, the Portuguese had something to say!

Portuguese forces had explored the area earlier and later destroyed the colony in 1857 when they reaffirmed their position in the area.

7. Mines helped to make the city what it is today.

The port of Rio began to thrive and expand when profitable gold and diamond mines were established nearby in the 1690s.

8. The French-Portuguese battling went on for some time.

The French and Portuguese forces were at war in the early 1700s, and while French attacks may have failed in 1710, their further attempts to push back in 1711 led the Portuguese to flee.

9. Rio’s not actually the capital of Brazil.

In 1960, Rio ceased being capital of Brazil! It had been the capital of the country since 1763, handing over the title to Brasilia. It’s a common misconception that Rio is still the capital city! 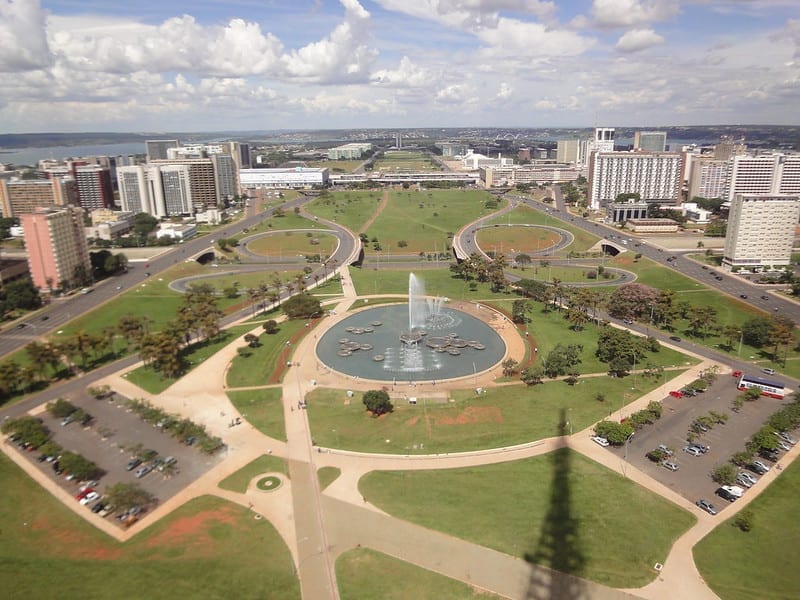 10. For decades, it was home to Portugal’s royal court.

Between the years 1808 and 1833, Rio housed the Royal Court of Portugal, who had fled from Napoleon Bonaparte.

11. Many people have strived to make Rio a fantastic city.

As the first European monarch to visit the area, Prince Regent Dom Joao VI strived to make a positive difference to the region. He established a national library, a museum, botanical gardens, and a school of medicine. 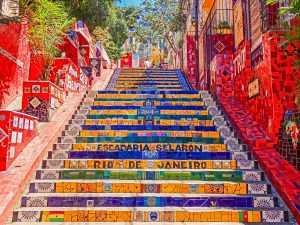 Wildly popular for holding the biggest carnival in the world, millions flock to Rio for colorful displays and plenty of mayhem. At the events, a mythical jester known as King Myomo is handed the keys to the city by the Mayor. Myomo’s role is Head of Festivities and to oversee the celebrations!

14. The Rio Carnival is a very big deal!

The Rio Carnival lasts for approximately five days. Known for joyful parades, street parties and music, the music of samba plays an important role. The Sambodromo is a popular contest celebrating the best of Brazilian music!

Rio is on record for hosting the world’s biggest soccer, or football game. In 1950, the World Cup saw 173,850 spectators buy tickets to enter the famous Maracanã Stadium.
At this match, Brazil actually lost to Uruguay, and the term ‘Maracanaço’ was coined – it still refers to an event when a visiting team wins against a home team. Brazil went on to be world-leaders in football, though still have their ups and downs over the years! 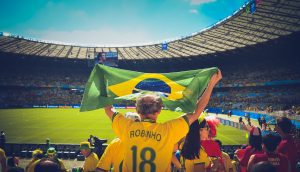 Opening and closing ceremonies for the 2016 Olympic Summer Games were held at the Maracanã Stadium. It’s also played host to big music stars such as Madonna and the Rolling Stones!

Legalizing street art (or graffiti) turned the already vibrant city of Rio into an even more colorful, living art gallery! March 27th, too, is the official ‘National Graffiti Day’ in the city.

The famous Copacabana Beach has a paved sidewalk in the style of Portuguese Mosaic, which is very distinct and formed of black and grey/white waves. 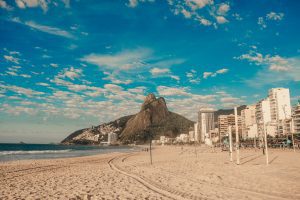 19. The city plays an important link for local waters.

The Maracanã River, flows through Rio de Janeiro into the Guanabara Bay.

20. What does the city’s name mean in English?

The name ‘Rio de Janeiro’ translates from Portuguese to mean ‘River of January’.
The headquarters for Brazilian telecommunications, oil and mining companies are all based in Rio.

In 2019, Rio de Janeiro city had a population of approximately 6.32 million. It also attracted over 2.25 million visitors in 2019. Brazil, total, had over 6.5 million visitors from other countries, in the same period. 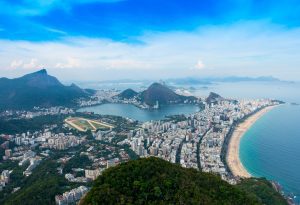 22. Its size and population can’t be overstated.

The city of Rio de Janeiro covers 1,182.3 square kilometers. The larger metropolitan area includes 22 municipalities and is the second largest state in Brazil. The population of this wider area was approximately 13 million in 2019.

Rio residents refer to themselves as Carioca.

2019 was a record breaking year for Rio, having more tourists than residents to celebrate New Year’s Eve! At Copacabana Beach, during over 10 hours of festivity, 2.8 million people gathered!

Riotur’s president confirmed that survey data revealed – unsurprisingly – that, on average, visitors stayed for at least five days, and that hotel occupancy was at record breaking levels during the period. 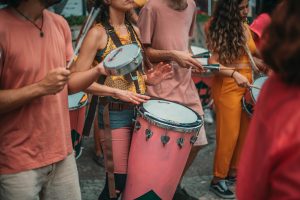 Is Rio de Janeiro a safe spot for tourists?

Unfortunately, some areas of Rio are not as safe as others - it has crime problems in some areas, though these are thought to be dropping.

What makes Rio so famous?

The city of Rio de Janeiro is famous largely for its massive carnivals, as well as for its Copacabana beach, and for its incredible music.

Do people speak English in Rio?

Some do, but Portuguese is the official language, and is therefore more widely spoken.

Do you know any fun facts about Rio de Janeiro? Share them in the comments below!