Who doesn’t love a Saturday? Traditionally falling between Friday and Sunday in the modern calendar, it’s a day off work for lots of people living in the West. Therefore, it’s a day when we come together and make plans. However, many people still work on a Saturday – though it remains a day which feels much more laid back than the rest of the week! That’s perhaps because, unlike Sunday, there’s no need to go to work the next day.

Whether or not it’s your favorite day of the week, here are plenty of fun facts about Saturday that will most likely fascinate you. How much do you know about the sixth day of the week? Let’s find out.

1. Saturday has a legendary name.

Saturday is named after the Roman God, Saturn.

Saturn is the God of wealth and liberation, but also of agriculture and dissolution.
The Temple of Saturn, of which ruins can still be seen in Rome, Italy, remains a hugely popular tourist site.

2. Saturday has many different names, worldwide.

Oddly enough, Korean traditions refer to Saturday as ‘Earth Day’, which is a completely different celebration in the West.

3. Saturday is a strange day for TV.

Saturday tends to be associated with variety programming on both sides of the Atlantic. Perhaps most famously, it lends its name to long-running sketch show Saturday Night Live.

It’s also a popular day for game show and light entertainment in the UK. Traditionally, popular variety shows are shown on Saturdays. 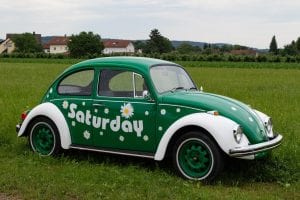 4. The language hopping goes on!

Germany refers to Saturday as Samstag. However, this name actually has roots in ancient Greek.

There’s another German word which refers to this day of the week, known as Sunnunaband. This is said to be closely related to an old English word which literally means ‘the day before Sunday’.

While it’s less prevalent nowadays, the concept of Saturday Morning Television was a staple in households across the West between the 1960s and 2000s.

This is when TV channels would traditionally host children-friendly programming and cartoons.

The trend for Saturday Morning Television has largely split away thanks to the huge array of channels available. The rise of internet content, and alternative media, may also have played a part in the change.

6. Elections down under take place on Saturdays.

That said, Saturday is generally election day for people who live in the state of Louisiana.

It’s thought that some criminal activity rises on Saturday depending on the territory. This has led to the creation of some terms such as ‘Saturday Night Special’ in the US, which refers to a low-grade handgun.

9. Do you get Saturdays off?

Saturday is a day of rest for many people, and this is particularly official in Israel. This is to such an extent that the majority of businesses and public transit are closed down across the country.

This is as a result of Saturday being the Sabbath, the day of rest within Judaism. This even means that governmental offices in the country will be shut on a Saturday. 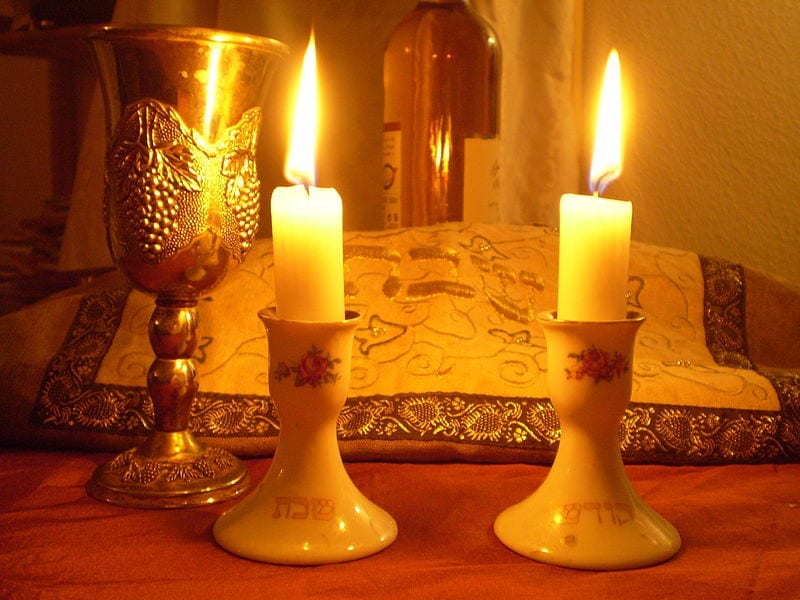 10. Swedish sweet teeth have to wait until Saturday.

Saturday, oddly enough, is the only day of the week during which children can legally eat sweets in Sweden.

Saturday night is generally seen as the ‘party night’ of the week, thanks mainly due to many people not working the next day. It also happens to be an evening where most clubs and bars will open longer.

In Maori, Saturday is known as Rahoroi, which literally means ‘washing day’. This dates back to Christian tradition when people would wash their church clothes before Sunday mass. 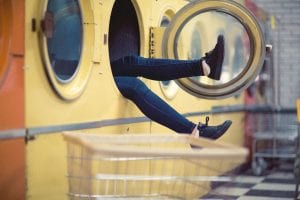 13. What signs are associated with Saturday?

Saturday is also associated with the star signs Capricorn and Aquarius.

14. Singing on a Saturday is nothing new.

Since its inception in 1956, the Eurovision Song Contest’s live final has always been hosted on a Saturday.

Saturday also tends to be a big day for sport in the UK. It’s when the majority of football matches take place.

Saturday remains the only ‘week holiday’ for Nepalese people, and it’s also the last day of the week in the country, not Sunday.

17. Elton made a big chart splash about Saturdays.

The best-known song with Saturday in the title is perhaps still Elton John’s ‘Saturday Night’s Alright For Fighting’.

In Scandinavia, Saturday is traditionally referred to as bath day. This dates back to Viking heritage, where Vikings would have weekly baths. 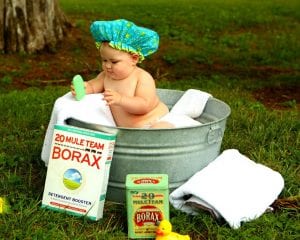 According to the popular rhyme Monday’s Child, if you are born on a Saturday, you ‘work hard for a living’.

Saturday is also a hugely popular day for sport in the US, with most college football being played on this day weekly. However, the same will also apply to college basketball, too.

21. Saturday socialising became a big thing in the 70s.

Movies such as Saturday Night fever helped to establish the popular trend of people hitting the town for parties and socialising. 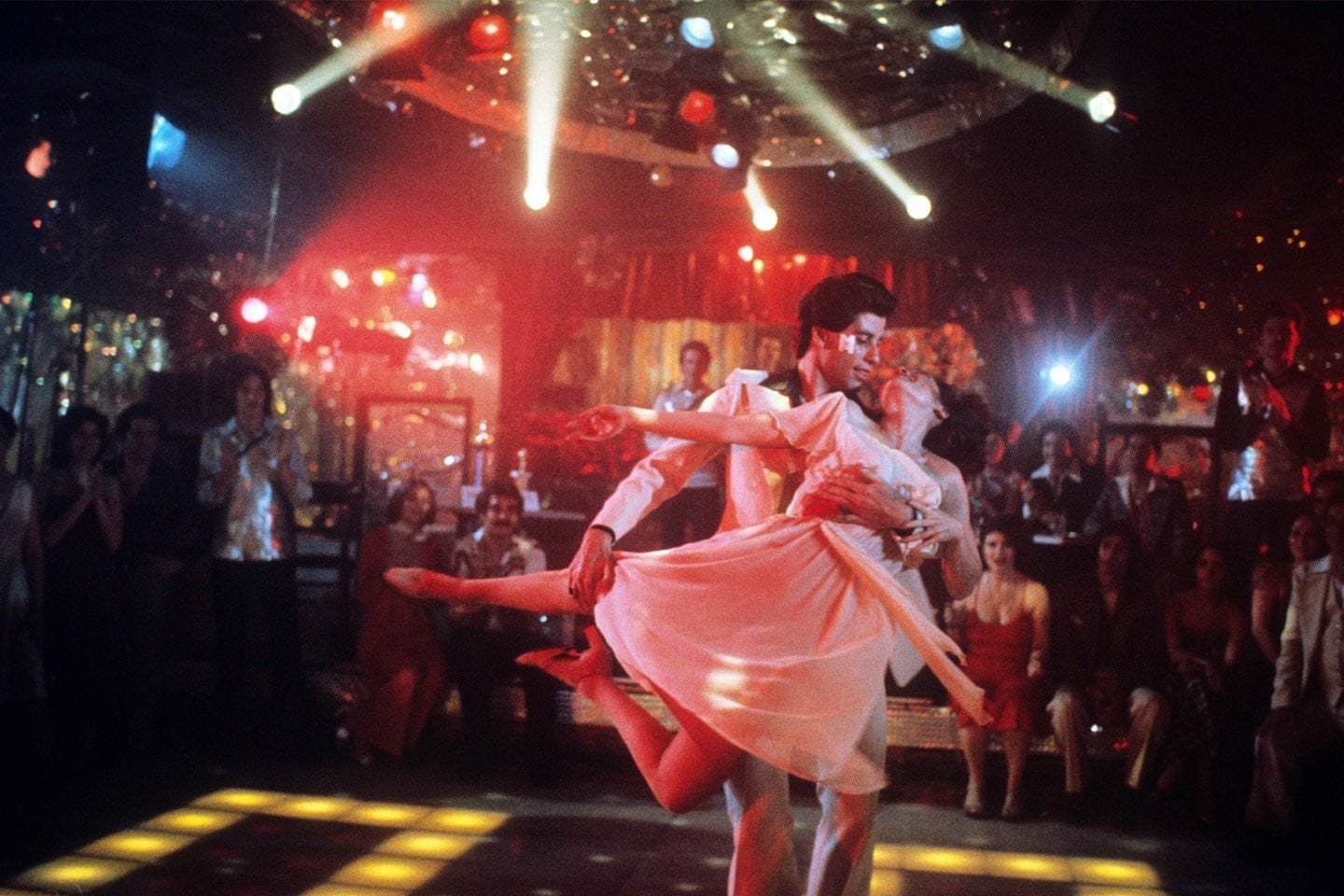 22. Some Saturdays have been devastating.

In Australia, Black Saturday was a devastating occasion where the country experienced some of its most destructive bushfires back in 2009.

Saturday is widely regarded by many as the sixth and penultimate day of the week. However, in many religions and cultures – as noted above – it is the seventh.

For example, in traditional Christianity, Sunday is regarded as the start of the week. Saturday is also technically observed as the last day of the week in Japan, Australia, and the US.

Orthodox Christians don’t generally treat most Saturdays as strict fasting days. However, in the event of Holy Saturday, normal fasting rules will apply to observers and worshippers.

25. There are some holy Saturdays.

One of the most important Saturdays in the Christian calendar is Lazarus Saturday, which takes place the week before Palm Sunday, one of the pivotal days in the faith’s calendar.

How long has Saturday existed?

Saturday was said to have been named and therefore established in our calendars back in the 2nd century..

What’s the link between vampires and Saturdays?

According to legend, vampires tended to stay coffin-bound on Saturdays - which meant they were easier to hunt!

How did Saturday come about?

Saturday was invented when the Romans decided to change the lengths of their weeks from eight days to seven.

Do you know any fun facts about Saturdays?  Share them in the comments below!