Sharks are some of the most feared beasts on the planet, and we largely have the movie ‘Jaws’ to blame. While these fanged critters can kill, they’re not necessarily as dangerous or as scary as we often make them out to be. Therefore, take a look at our list of fascinating facts about shark attacks to get the true story.

A rare, fatal shark attack occurred on February 16th, 2022 near Sydney, Australia. A great white shark killed an experienced British swimmer and diver. While tragic, such attacks are rarer than you may think.

2. But, very few sharks will hurt you.

Of the 500 species of shark, only four are known to attack humans. They are the great white shark, the tiger shark, the bull shark, and the white-tipped shark.

3. Sharks are just following their nature.

Sharks don’t set out to maliciously kill – their tendencies are innate and tend to be very overpowering. Perhaps following a scrape from a rock or other injury, humans may attract unwelcome attention – as sharks can sense blood from long distances. 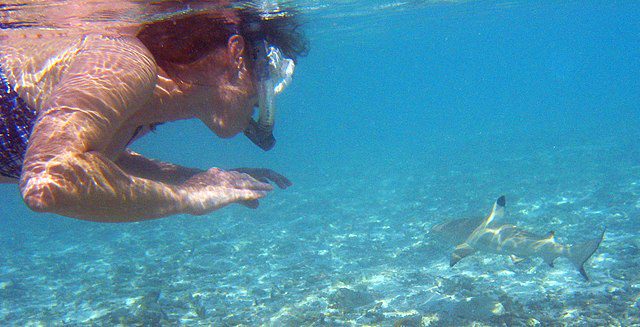 4. However, you can protect yourself.

Bodysuits can help prevent scratches and cuts when swimming in shark-infested waters. Therefore, if you do accidentally strike yourself, you’re unlikely to raise the alarm bells of a nearby shark.

5. They have preferred hunting times.

Sharks hunt most frequently in dim light between dusk and dawn – if you want to avoid them completely!

6. Not all of them are hungry for meat alone.

Most sharks are carnivorous, though some are omnivores. For example, the bonnethead shark devours crustaceans as well as seagrass.

7. There’s not much chance a shark will munch you.

The chance of you getting attacked by a shark is very rare indeed. It’s said that you have a one in 11 million chance of succumbing to one of these toothy beasts – that’s even when you’re in the water!

8. It’s better to avoid other vessels.

Oddly enough, there’s more chance that you will feel the impact of a boating injury than getting attacked by a shark while diving. Keep your wits about you, in any case!

9. Apparently, you should go for the gills!

If you do get attacked by a shark, it’s advisable to grab its gills or its eyes, which are extremely sensitive. Punching it on the nose is likely only going to make matters worse. 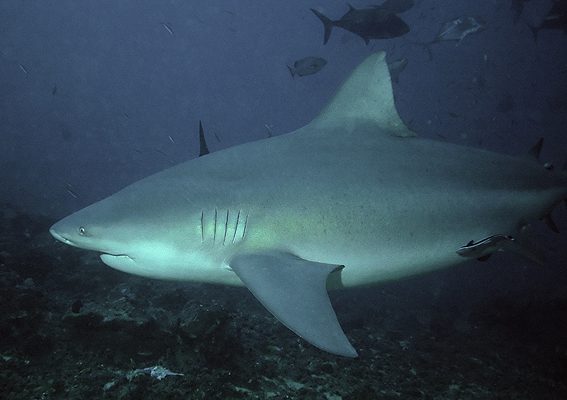 Bull shark, 3rd most fatal when it comes to unprovoked attacks

10. It’s not sharks you should be worrying about…

Believe it or not, sharks are low down on the list of most deadly animals in the US. The deadliest animal in the whole of the States? The deer – strange but true!

11. There’s even less chance that sharks will attack women.

Sharks will rarely attack women, with 93% of all known attacks up to 2010 taking place with male divers or swimmers. That said, it’s suggested men may be more likely to swim in shark waters.

12. An attacking shark is likely confused.

Sharks don’t want to attack you, no matter what movies like Jaws or The Meg might tell you! They’re acting on instinct, and genuinely don’t come after humans unless they are confused.

Shark attacks seem to be occurring more in areas where there are increasing numbers of specific types of prey. For example, it’s thought that sharks are more likely to be blindly aggressive when swimming around sea turtle populations. 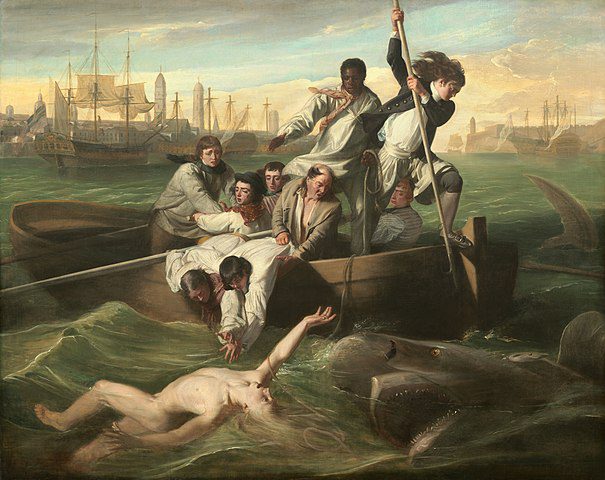 Where do sharks attack most frequently?

Sharks are known to attack in shallow water along coastlines. Activity in the shallows and waste in the water may attract them, too. For example, piers are frequently attractive to sharks who snatch up bait dropped by fishing lines.

Why are people so scared of sharks?

It’s generally assumed that the rise of the ‘shark movie’ from the 1970s onwards is largely to blame for shark fear. Of course - the 1975 movie Jaws is likely to be a big player in this!

No - while they won’t bother you unless confused, sharks tend to be very solitary animals, and can even be considered antisocial!

Do you know any interesting facts about shark attacks? Share them in the comments below!

This page was last modified on April 7, 2022. Suggest an edit