Sicily, the biggest island in Italy and the Mediterranean Sea boasts of its rich history and traditions, art and culture, and wonderful natural beauty. Frederick II, King of Sicily, once said: “I don’t envy God’s paradise, because I’m well satisfied to live in Sicily”. Well said!

To be surrounded by the beautiful sea, breathtaking mountains and countryside, grandiose volcanoes, and charming fishing villages, it’s a dream come true. Would you like to experience dreamy Sicily? Sit back and enjoy while these fun facts about Sicily take you on a one-time journey around the island…

2. It’s regarded as a crossroads.

Its strategic location at the center of the Mediterranean has made the island a crossroads of history, a pawn of conquest and empire, and a melting pot for a dozen or more ethnic groups whose warriors or merchants sought its shores.

3. Many left their marks here.

Throughout its history, Sicily has been influenced by a variety of different cultures, including Greek, Roman, Byzantine, Norman, Saracens, and Spanish. 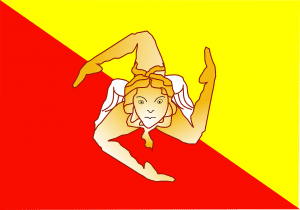 4. It was taken over by Italy in the 19th century.

In 1860 Giuseppe Garibaldi and his expedition took control of Sicily and the island became a part of the Kingdom of Italy.

In 1946, Italy became a republic and Sicily became an autonomous region.

6. What’s the capital of Sicily?

The capital of Sicily is Palermo.

7. The language is amazing.

The Sicilian language is not a derivative of Italian but a distinct language with Greek, Arabic, Catalan, and Spanish influences.

8. The capital alone is influenced by lots of cultures.

Palermo, from the Norman to the Arab style, from the Greek to the Spanish attestations, the capital of the region is a melting pot of cultures and a place of lively street markets.

Palermo is one of the five cities Forbes Magazine deemed as having the tastiest and most varied street food. 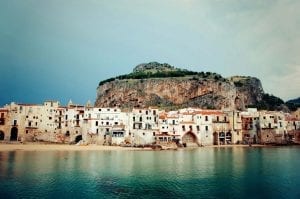 Located in Palermo, the Teatro Massimo is not only the largest opera house in Italy it’s the third-largest in Europe. It’s featured in a famous scene in The Godfather, part three.

11. Settling’s been occurring here for centuries.

The Greeks settled Sicilian towns between the 8th and 6th centuries BCE.

The whole island is littered with relics from ancient Greece.

Taormina is a refined town that holds amazing treasures, like its incredible Greek Theatre. 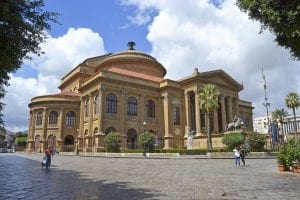 Scala Dei Turchi with its white cliff rising above the blue sea is among the most beautiful beaches all over Sicily.

Syracuse and the island of Ortigia are one of the largest archaeological areas in the Mediterranean.

Syracuse is also the birthplace of Greek mathematician and engineer Archimedes, and home to the temple of Athena, a Greek theatre and Roman amphitheater. 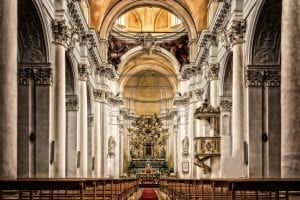 Agrigento and the Valley of the Temples is a popular destination thanks to its perfectly kept archaeological park, the biggest in the world.

17. Take in the architecture!

Noto is the unquestioned capital of the Sicilian Baroque, with an artistic heritage made of stunning churches and palaces.

Lampedusa with its jaw-dropping sea and beautiful beaches, like the “Rabbit beach”, is ranked among the most beautiful in the world.

The western end of the island holds astonishing beaches, unique archaeological sites, and sensational nature, like the Zingaro Reserve. 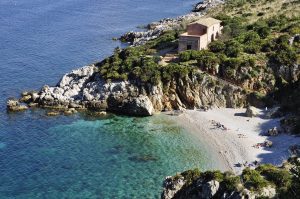 19. Sicily made a big impression on UNESCO.

20. It is the Italian beach capital.

Sicily has more beaches and kilometers of stunning coastline than any other part of Italy.

Are you a beach person yourself? Rent a boat and sail to the Aeolian Islands, seven islands, each different from another, with dreamy beaches, coves, and two active volcanoes.

Sicily is home to one of the most active volcanoes on Earth, which has been spewing out lava since 1500BC. Its last eruption happened in June 2014. 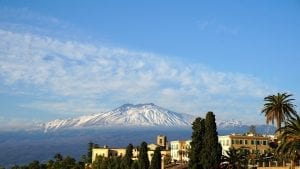 Located near the popular tourist resort of Taormina, Mount Etna is a must-see attraction….if you can handle the heat!

According to scientists, Etna is around 60,000 years old.

23. Start the day with toothache!

Sicilians eat ice cream for breakfast. A creamy sorbet-style dessert called Granita is scooped into freshly baked brioche and eaten as a morning treat that is light and refreshing in the warm summer weather.

Coffee culture is the lifeblood of Italy and Sicilians are no exception. Local cafes are for eating, drinking, socializing, and even taking care of a little business. 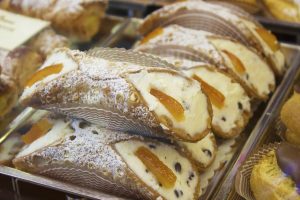 25. The wine here is wonderful.

Sicily is the 4th biggest wine producer in Italy. The wine from Sicily is particularly famous abroad, mainly the Marsala wines.

Pistachio trees are grown all over the island and the fragrant green nuts are used to flavor ice cream, as sweet fillings for confectionery and pastries, in rich pasta sauces, in glazes for meat and fish.

27. Seriously – check out that street food!

You can’t leave Sicily without tasting the sizzling street food or experiencing the enthusiasm and energy of the open-air traders.

28. Poems have a big place in Sicily history.

The sonnet was invented in Sicily by Giacomo da Lentini, in the 13th It comes from the Italian word sonetto, meaning little poem. 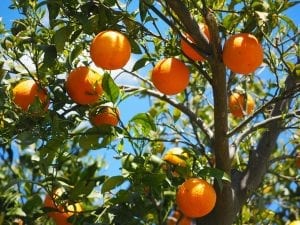 One of the most famous Italian novels is set in 1860s Sicily at the time of the unification of Italy: The Leopard, written by Giuseppe Tomasi Lampedusa.

The Italian Mafia originated in the mid-19th century to protect the orange and lemon estates surrounding the city of Palermo.

According to legend, the word “Mafia” itself originated as an acronym of the phrase “Morte Alla Francia, Italia Anela” (“Death to the French is Italy’s Cry”), which was the motto of Sicilians fighting the French in 1282.

31. However, much of the island is anti-Mafia.

Corleone’s small anti-Mafia museum recounts the terrifying history of Sicily’s Cosa Nostra crime syndicate, focusing on the brave efforts of the anti-Mafia campaigners and judges who spoke out against organized crime rather than succumbing to the Mafia-promoted culture of omertà (silence). 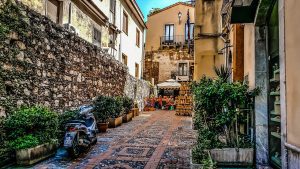 A small back street restaurant, Sicily

Economically, Sicily is one of the poorest regions in Italy. The official unemployment rate is twice that of the national average, hovering around 20%.

Yes, on the whole, Sicily is safe for tourists to visit.

Is Sicily expensive to travel to?

Not really - it is surprisingly affordable to vacation in Sicily, compared to elsewhere in Europe.

Do people speak English in Sicily?

English is not the main language in Sicily. However, you will find many tourist services make sure to speak the lingo!

Do you know any fun facts about Sicily?  Share them in the comments below!