The Sierra Nevada is known as being one of the United States’ most extensive mountain ranges, as it trails along the eastern edge of California.

The mountains are made mainly from the granite of volcanic lava, and the area contains all kinds of canyons, lakes, waterfalls, and more!

Millions of people scurry here every year to discover the land and the wildlife for themselves. So, let’s get to know the area a little more together! Here are some fun facts about the Sierra Nevada.

As simple a question as it may be, the truth is that we don’t really know! Geologists have two approximations regarding the age of the Sierra Nevada. It could either be between 40 and 80 million years old, or “only” three million years old!

Believe it or not, the Sierra Nevada has not finished growing! Scientists have found using space radar technology that the mountain range is growing by about one millimeter every year.

The Sierra Nevada is known for its extraordinary landscapes, incredible wildlife, and its abundance of trees! The giant sequoia trees grow in the Sierra Nevada, and they happen to be some of the largest ones in the world! 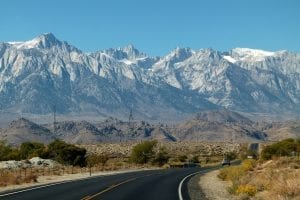 The highest point of the Sierra Nevada is Mount Whitney. The peak is exactly 14,494 feet above sea level!

5. Crossing this lake ain’t no joke…

Many of us have at least heard of Lake Tahoe, and with good reason! It is the largest mountain lake in Northern America. It covers about 490 square miles in total, meaning getting from side to side quickly might not be too easy!

The Sierra Nevada is home to three of the country’s national parks – Yosemite, Sequoia, and Kings Canyon. Yosemite, in particular, has also been declared a World Heritage Site!

7. One for the history buffs!

Whether you’re a nature-enthusiast or history aficionado, you’ll definitely want to visit the Sierra Nevada! Not only was it the center of the California Gold Rush from 1848 to 1855, but it is also home to two National Monuments – the Devil’s Postpile, and the Giant Sequoia.

Given the broad variety of landscapes in the Sierra Nevada, it’s only natural to assume that the wildlife would be diverse, too! In fact, there are five different vegetation zones!

The Sierra Nevada was named in 1542 by Juan Rodriguez Cabrillo. Its name means “the snow-covered mountain range.” Of course, we know it as much more than that nowadays! 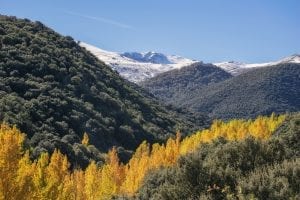 The Sierra Nevada is also known as being “California’s outdoor playground.” And, let’s face it, with so much to see and do, we understand why!

11. The water keeps on falling!

The Sierra Nevada is partly known for its incredible waterfalls! There are 19 waterfalls in total, with Yosemite Falls being the most famous and the tallest one in the area. Yosemite Falls measures around 1,647 meters tall – incredible!

If you’re interested in visiting the Sierra Nevada, try the John Muir Trail! It was first established in 1915 and finished in 1938. The trail goes through Yosemite, Kings Canyon, and the Sequoia National Parks. 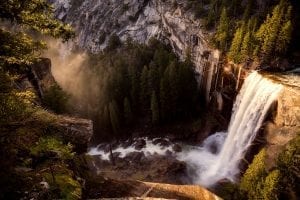 FAQs About the Sierra Nevada

What is the Sierra Nevada best known for?

The Sierra Nevada is known for its biodiversity, national parks, national monuments, and incredible landscapes! The area also has a rich history that goes back millennia. It’s a popular tourist spot for locals as well as visitors arriving from all over the globe.

Where is the Sierra Nevada?

The Sierra Nevada is found towards the western side of the US, deep into California. It runs along the eastern edge of the state between the Central Valley depression and the Range Province.

How big is the Sierra Nevada?

The Sierra Nevada measures about 400 miles long from north to south. From east heading to west, its maximum length is 80 miles wide - it’s long and thin!

Do you know any fun facts about Sierra Nevada? Share them in the comments below!

This page was last modified on January 28, 2023. Suggest an edit